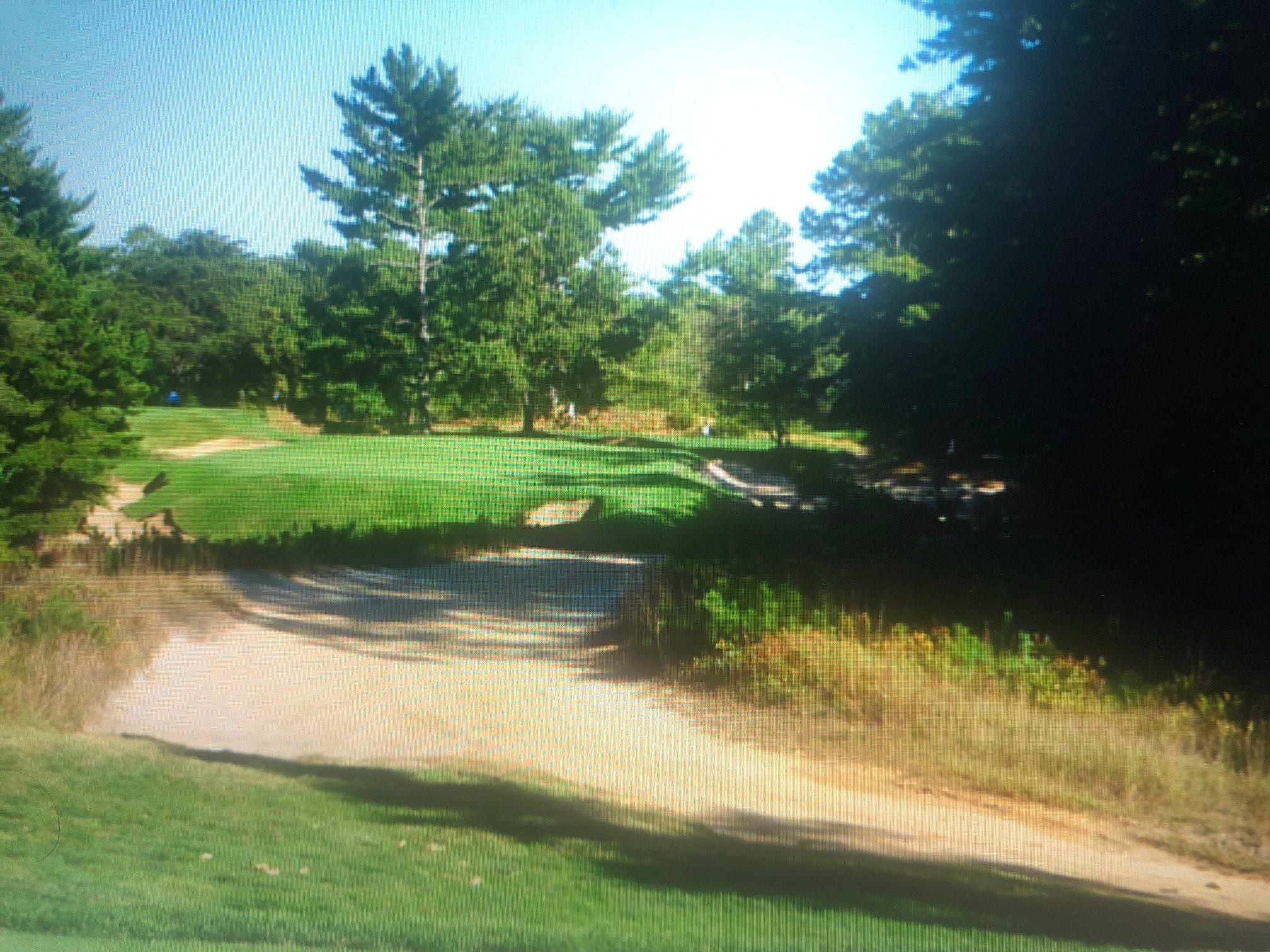 Hallelujah!  Hallelujah!  Golf courses in California are reopening on Monday, May 4.  I have a tee time on May 6, which will not be missed.  It certainly is not business as usual for the public and private courses but, no matter, I don’t care.  I’ll be walking probably with a carry bag with about six clubs and try to get the rust off my game.  My expectations will be low and it will be great to hit the links again away from hitting plastic balls over my pool.  I’m actually starting to hit them further into the woods but I bought 24 of them so I should be good.    Initially private clubs will limit play to members only and certain clubs will only allow twosomes which actually the best way to play.  I get a chuckle out of not touching flagsticks as the ball will not get to the bottom of the cub–I don’t care-I will comply.  Of course, the golf purist, yes, that’s the guy who knows The Rules of Golf inside out, declares that there will be no holes-in-one as the ball will not find the bottom of the cup.  There will be no locker room access or any lunch and certainly for the first time in my memory-there is no 19th hole.  Clubs cannot be stored at the club and when you are finished with your round, you simply gather your clubs and head to your car for an exit.  The club respectfully and cheerfully states, “See you next time.” when they really mean, “Just leave!”  All these rules are a bit draconian and one club wants to make sure that you have a mask available if required.  I didn’t think the driving ranges would be open but they are open just for a short warmup, which is good and unexpected.  The number of bays will be reduced and the ranges will not be open for general practice–why I don’t know–but I will comply.

The World Match Play continues with China/Russia 1 UP over the USA.  Kim Jun who left the match supposedly ill has resurfaced in North Korea.  In addition to his nuclear duties, he’s back playing golf and has reportedly had 20 additional holes-in-one to the delight of his ardent fans.  We now find out that there are additional board members at Corona and a secret meeting has taken place to govern play.  ESPN’s Chris Berman has been trying to find out who the other board members are but it’s a mystery.  There are rumors that key religious leaders are involved such as Pope Francis, the Dalai Lama, and the Archbishop of Canterbury.  As play resumes, some rules have been relaxed.  Instead of playing alone, the Match Play will resume as twosomes.  Shivas contacted Elon Musk and two Tesla super electric golf carts have been donated to the match.  Each team will have only one cart and for the US team-you can only guess who has the cart.  It has been decided that Trump and Xi will play in carts leaving McConnell and Putin to walk.  Each cart has been thoroughly sanitized with Johnson’s Baby Shampoo and talcum powder.  Each cart is designed for a maximum speed of 50 mph.  Trump wanted this accessory in an attempt to foil the drones who are now following his every move on the course.  Another pre-match meal has been ordered from McDonalds and Domino’s Pizza for Trump as he scarfed it down with 24 oz. Diet Coke.  McConnell looks befuddled (as usual) and still can’t find his glasses so it was a difficult night for him as he couldn’t read the yardage book. Xi is happy as his team is ahead in the match as he spends another night cuddling with the Japanese driver and a pail of sake.  Putin smiles indifferently and sleeps like a baby drowning in the usual vodka and caviar.  There’s a rumor that caddies might be available to serve the participants but that is a step too far, “Ay, says Shivas, “No cadddies ar onn.”

The fifth hole at Corona is a 490 yard, par 4 that has a rather generous fairway that starts to funnel narrowly as you approach the green.  There are trees off to the left and bunkers on the right with heavy rough surrounding them but they really shouldn’t come into play.  Trump insists on playing first even though China/Russia have the honor.  He hits an enormous drive but it is slicing to the right of the bunkers on the right.  He doesn’t even wait for Putin to hit as he jumps into his cart and does a mad dash down the fairway to retrieve the ball.  Shivas just shakes his head and orders Putin, “Play awayee.”  Putin is nonplussed and uncaring and takes a 5 iron and hits it 145 yards into the middle of the fairway, takes his shirt off and starts striding down the fairway.  Shivas doesn’t think that Putin realizes that he’s playing two holes today and it’s a pretty crispy 48 degrees.  Trump quickly locates his ball in the deep rough  and takes a mighty cut at a 4 iron.  He swings too hard and the ball moves about 4 feet.  Trump is really annoyed now and blasts it out to the 150 yard marker.  He’s moving very quickly as Putin walks slowly up to his 150 yard tee shot and hits another iron another 150 yards into the middle of the fairway.  Even though Putin is away and is walking, Trump can’t wait and slaps an eight iron 138 yards to the front of the green.  The Tesla cart speeds up again as Trump heads to the green and two putts for a six.  Putin is walking even more slowly now, bare-chested-he reaches into golf bag–takes some hand sanitizer and cleans the flask he is about to open.  He’s probably glugging vodka but we’re really not sure.  He gets to his ball and sits down to rest a little bit–Trump is heading for the sixth tee but he is alone and completely frustrated.  Putin has 190 yards to the green but is content to hit two more shots, three putt and leave the 5th with a 7.  Chairman Xi, after watching his teammate lollygag around for the past 20 minutes, finally unleashes that Japanese driver and the ball flies straight and true down the middle some 270 yards.  However, something really bad has occurred, the head of the driver has disintegrated on the strike and the club is completely “toast.”  Xi mutters to himself, and people complain about Chinese quality, look at this mess.”  McConnell steps to the tee with his driver.  He’s wearing reading glasses (he’s usually blind most of the time anyway) and takes a mighty swing–extraordinarily–the ball is another bug..f’er down the left swing of the fairway, it hits one of the few cartpaths at Corona and catches a downslope of the cartpath and finally comes to rest 45 yards from the hole-a drive of 445 yards!  Trump hears about this and comes roaring back to the 5th green.  Xi shakes his head–he is rattled by the destruction of his driver and balls start flying off his clubs in various directions.  He ends up with an easy wedge off the collar of the green and 3 putts for an 8. McConnell has a 45 pitch shot–oh no–another bug..f’er but this one rolls on and on in the greenside bunker and out of the greenside bunker 2 ft. away from the hole.  McConnell makes the 2 footer for a birdie and the match is All Square.  Trump is ecstatic, “I always knew he was good player, a lot of people told me that,”

On to the sixth hole with the match All Square.  The sixth hole is the easiest hole at Corona.  It is a par 3 of only 100 yards.  It’s an easier version of the 10th hole at Pine Valley although it has the very deep bunker configuration of that hole.  Trump takes out a sand wedge and puts it into the deep bunker–at Corona–the bunker is called, “Hades”, the Greek term for the “underworld.”  Putin, by now, is the master of the pitching wedge as he nonchalantly marches up to the tee and places the ball 20 feet from the pin.  Trump is in trouble here, he will need TNT to get his ball out of the bunker.  The ball is embedded into the fluffy sand and after 3 tremendous strikes and f…ks!–he is out of the hole.  Putin two putts for an easy par.  McConnell, the birdie man, is up next and oops–he smashes a 7 iron that hits the forward tee marker and ricochets back toward Shivas’ head.  Shivas ducks just in time and McConnell has managed to hit his ball backward some 35 yards.  His luck from the prior hole has run out-he is unable to advance the ball much further and takes a DNF (did not finish) for the hole.  Xi is a mess–he’s lost the driver (which he wouldn’t have needed on this hole anyway) but he is clearly upset and angry.  His nine iron comes to rest in the back bunker where he spends a bit of time and holes out for a six.

Putin wins the hole with a par and China/Russia continue to be 1 Up through 6 holes.

Shivas nerves are shot.  His eyes are lusting after Putin’s flask although he’s not a fan of vodka.  Oban 18 would be much better.  He has to try to figure out how he can through this in one piece.