The Business of Golf 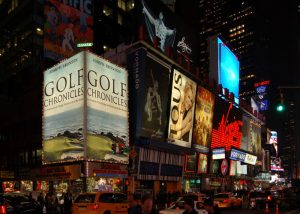 The Business of Golf

I happened to catch an interview with David Feherty on CNBC this morning.  Feherty is the former Irish professional golfer who has emerged as a color commentator for CBS golf coverage and has his own show on the Golf Channel.  Feherty brings terrific insight into the game as he was a good player and former Ryder Cupper.   He has a terrific wit and interviewing style and has done over 100 interviews on his show.  He was asked about the state of the game but he really didn’t answer the question in a business context.  Feherty stated that the “game is in the best shape than perhaps it has ever been.”  The reason for this statement was accurate in the context of the current competitiveness of the PGA Tour.  There are a number of very high quality players such as Dustin Johnson, Jordan Speith, Justin Rose, Justin Thomas, Patrick Reed, Rickie Fowler and many others buttressed by veterans such as Phil Mikelsen, Sergio Garcia and Luke Donald.  Feherty was asked whether Tiger Woods would ever come back to the Tour.  Ferherty smartly stated something to the effect that “every time I bet against Tiger Woods, it never worked out.”  Four back surgeries is a lot to come back from at age 41 but if Tiger can demonstrate competitive capability, it would be great for the game.

CNBC is a business news channel and I’m sure they wanted Feherty to comment on the business of golf.  As he answered questions about players on tour, the business question was never addressed.  The players are making good money on tour and the purses continue to increase but the business of golf is not in good shape.

Golf rounds are down across the United States and presumably the rest of the world.  Millennials don’t want to commit the time to learn the game and generally don’t have the patience and persistence for the hours required to play and practice.   All different types of video games and virtual reality golf games are being created so you can now play Augusta National from your family room.  Private clubs, for the most part, are struggling to attract new members and have a membership that is capable  of paying enough fees to maintain the golf course and facilities.  Initiation fees at many private clubs have declined in value over a fairly long period of time.  New golf courses are not being constructed and a many part of the golf design business is now renovating or improving existing courses.

The state of the business of golf is a long subject that will be covered in further detail in Golf Chronicles II.  Feherty was right:  The PGA Tour is in a good shape and promotes and sustains a very entertaining game with the skills of its participants.  The business of golf is another story and a very large challenge for the sports’ governing bodies and its business interests.