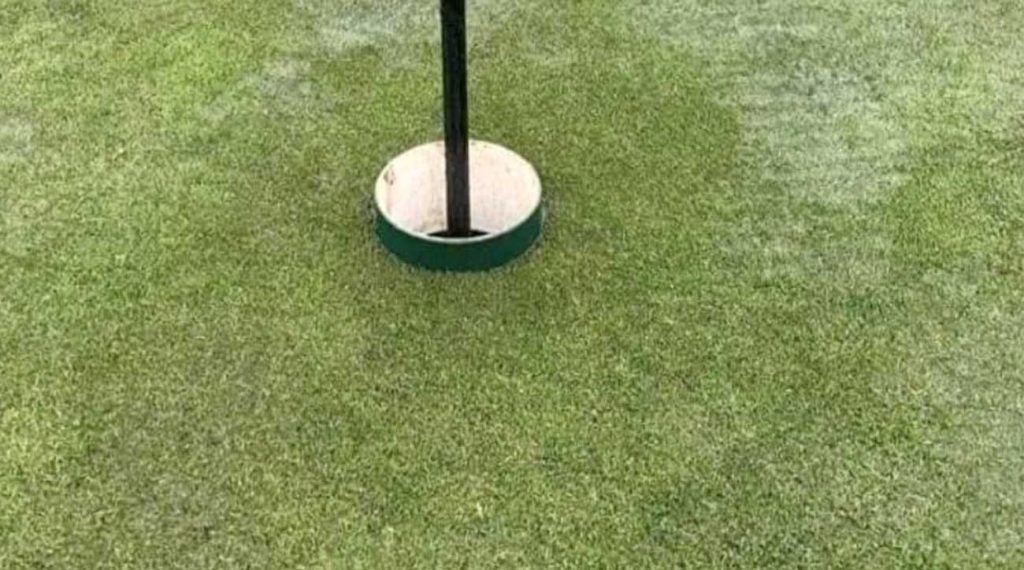 Putting During the Pandemic

Most public and private golf courses in California have been open since May 1.  The openings were a welcome respite from the quarantine and shelter in place rules in place that had eliminated play for the last three months.  A number of rules to protect players from potential infection have been put in place.  Some of these rules are inane but there are no complaints–we are playing again and can put those practice putting gizmos back into the closet.  The focus here will be on putting.  With the reopening, there is no touching the flagsticks and surfaces on the golf cups.  I have experienced three distinctly different types of methods to deal with putting.  I will state here that only two of these methods are acceptable for proper scoring but all three are being used to post handicap scores.  The method being adopted by public courses throughout California is the concept of the raised cup.  With this method, there is a plastic cylinder placed around the cup so the player will never touch the flagstick or the cup.  The ball doesn’t see any part of the hole and the player only needs to hit the cylinder with the putt for it to score as a holed putt.  This practice does not result in accurate putting as you might ram the putt too hard but if it hits the cylinder, it counts as a made putt.  There are also certain putts that will gently nudge the cylinder and touch it but would not have the momentum to be holed under normal conditions.  My only suggestion is that these putts do not settle the 5 dollar nassau.   This practice will lead to some bad putting strokes when normalcy returns to the game.  The most acceptable method is the concept of placing a styrofoam cylinder inside the cup where the ball will go into the hole and most putts holed would have been holed in normal cup conditions.  There are certain instances where the styrofoam might cause a shot to bounce out of the hole but the accuracy of putting a normal stroke is maintained.  I’ve seen a few shots primarily chip shots that have bounced out that might have stayed in the hole in normal circumstances.  The last technique brought me a little comic relief.  Pasatiempo Golf Club (maybe some others) came up with a contraption where a wire thingamajig is connected to the bottom of the cup.  The putt goes into the hole as normal and then to remove the ball from the hole, you have to use your putter blade to manipulate the thingamajig to lift the cup and the ball falls out.  You then release the thingamajig back into its place which puts the cup back in the hole.  Yours truly has a Taylor Made Spider Putter and my engineering skill felt short of being able to execute this technique correctly,  so I merely grabbed my ball out of the hole.   I don’t know if the “thingamajig” is a Pasatiempo licensed product or not but I hope it becomes obsolete very soon. 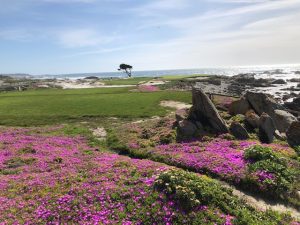 The World Match Play was scheduled to resume this week on the 11th hole  with the USA trailing China/Russia by 1 hole.  The Corona Country Club board met during the previous week.  It was a packed agenda and while we don’t know who the board members really are but rumor has it that the Dalai Lama, the Pope and Bob Manfred were in attendance along with Warren Buffet and Bill Gates.  Shivas Irons, President and Head Professional, ran the meeting and made the recommendation that Corona reopen the club and golf course to the membership and cancel the rest of the World Match Play.  The World Match Play was simply consuming too much of the club’s resources and the quality of its infrastructure.  Shivas moaned, “Tis been a hard slog.” Some examples:

-Amazon drone maintenance was running at over $1M/week

-The club’s computer system was continuously being assaulted by cyber-attacks reportedly instigated by the New York Times,  Golf Week and the Ashai Shimbum.

-For some unknown reason, plumbing problems in the contestant’s sheds were  beginning to have an impact on the club’s water supply and irrigation systems

-Scott van Pelt has left the premises as he had a hidden agenda of trying to get a scoop on the location of Corona.  He also tried to engage in negotiations with Shivas to get ESPN the TV rights to air the final 8 holes.  Shivas refused to engage and van Pelt left in an aggrieved state.

Shivas made his presentation and the board unanimously approved to open the Club to the membership and also to cancel the rest of the World Match Play.  Shivas was charged to deliver the message to the four participants and their entourage.  They were encouraged to leave Corona immediately as Shivas expedited the United Airlines A320 to get them out to another airstrip and an undisclosed location so the four leaders could return to their respective  countries.  You could imagine that reactions to this decision were swift and some of them were unprintable.  The Trump shed was reverberating with Hip Hop music with chanting, “you know those people don’t really know what they’re doing.”  Abe could be seen praying and throwing yen coins into one of the water fountains adjoining the cabins.  He might have asking Buddha for some swing improvements.  Xi was happy to leave especially now that he had “found” his game with his new Huawei driver and was eager to get back to China.  He would sign an executive order reversing prohibition against golf playing,  permitting that all government employees would be able to play golf and that the government would encourage and sponsor golf club membership.  Putin was nonchalant about the whole thing and donned his Inter Milan soccer jersey off to the next challenge in life.  His new goal was to continue to adopt new sporting regimes and sponsor the consumption of vodka throughout the world.

We’ll never see the last 8 holes of the Corona Country Club.  Members are sworn to secrecy about the course and we have no idea of who the members really are.  Rumors are rife with guesses and include Buffet, Gates, the King of Brunei, LeBron James and a host of others.  Invitations for membership are not set and no one knows what the selection process, financial cost or how one could apply for membership.  Shivas was pleased that things might return to “normal” at the club where he could resume his duties as head professional and instructor.  He was looking forward to resume his role his teaching in the same manner as he admonished Michael Murphy, (Golf in the Kingdom), *ye must remember that ye’re in the land where all these rools (of golf) were invented.”  Tis the only way ye can play in the Kingdom (Corona?).”

*annotated from Michael Murphy’s Golf in the Kingdom

We will return to the reality of The PGA Tour that returns this week in Texas without fans in attendance, which I’m sure might have the highest television ratings of all time.  We’ll have to see if Shivas is tuning in. 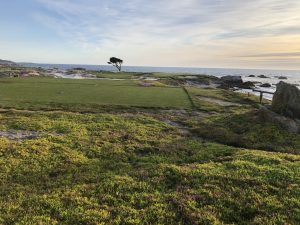