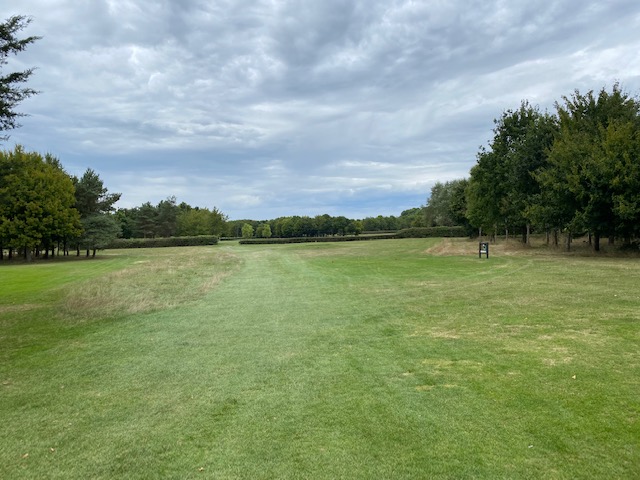 My reaction to the San Francisco Bay Area heat dome was to simply leave the area.  On Labor Day, I flew to England to stay with my close friends, the Shirleys, at their home in the Somerset area in the southwest of England.  I escaped the Bay Area cauldron in similar fashion in the month of July.  Every time I come to England, something big seems to happen–in July, they sacked the Prime Minister for lying–if we did that in the United States, we wouldn’t even have a government.  Now I arrive and the new Prime Minister takes office, has her first session in Parliament, goes to get the Queen’s blessing at the Palace at Balmoral and two days later, the Queen dies.  Now the country is plunged into big time mourning so transportation around the place is getting difficult.  Yesterday my train to London could not leave the station as the train in front of us managed to decimate some sheep that were on the tracks.  I abort the trip, leave the train and my meetings in London turned into ineffective zoom calls.  However, there are a few positives–one, the weather is great–bouts of rain, cloud and sun all kind of mixed together with a high temperature of 75, two–food here at the Shirleys is like eating at a 5 star restaurant all the time, three–golf at Wheathill Golf Club.  The 20 yr.+ set of Taylor Made irons, putter and woods that I kept here for the past 20 years has been given to the Shirleys 16 year Scottish nephew.  This move gave me the opportunity to buy a new set of Titleist irons and woods (same as I play with in California except they came with standard steel shafts (no composite).  While Brian cradles the latest technology driver of choice–the Taylor Made Stealth–I have been bequeathed with his 20 yr. old 9.5 degree Taylor Made driver, which I love.  I bought a brand new Odyssey putter, which I’m going to have buy again in California as I’m making everything here with this putter.  Despite the strong dollar and weak pound exchange rate, all of this stuff was about 50% higher than prices in the US.All of this ammunition prepares me for playing Brian’s private club–Wheathill Golf Club. 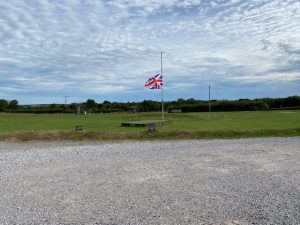 Wheathill Golf Club is located in Somerset in the Southwest portion of England about 100 miles from London.  The club is situated amidst the sea of greenery punctuated with dairy farms and related businesses.  Somerset is also where one of the largest nuclear projects in the world, Hinkley Point, is being constructed.  Wheathill is in the town of Lovington.  The course is a great place to play for all skill levels as it is only 5,800 yards as a par 68.  Despite its short length compared to today’s layouts which measure between 6,200-7,500 yards, the course offers some very interesting and difficult holes, which challenge all skill levels.  The fairways are generous and the bunkering is fairly straightforward for the average golfer.  I found the course to be harder than a typical longer resort type layout that you might experience in Hawaii.  The course’s best defense mechanism is the burn.  The course has a number of burns that criss-cross the fairways and are dotted in many holes on the golf course.  In my recollection, there are burns on holes 3,4,6,7,13 and 15.

The third hole is a strong par 4 of 408 yards (no. 1 handicap).  The hole has a wide generous fairway but the location of the drive is important since the hole doglegs to the left.  The hole is defended by a burn about 50 yards below the green.  If the tee shot isn’t long enough down the left side of the fairway, the approach shot to the green will be long and the burn will be in play.  The fourth hole is similar to the 3rd albeit  shorter at 365 yards and straightaway so a tee shot in the fairway should be able to carry the protective burn in front of the green.  The sixth hole is another strong par 4 of 398 yards, where the tee shot has to carry the burn at 170 yards.  The tee shot is a bit tricky with a menacing tree to the left (not in play) and heather on the right.  The hole is not quite a dogleg right but the tee shot has to carry the burn and be on the center or left side of the fairway for a comfortable approach shot to the green.  The ninth hole is a comfortable par 5 of 498 yards where birdies are possible with 3 straight shots down the fairway.  Many players can get to this green in 2 if the tee shot is long enough as the last 80 yards or so is on a downhill slope.  It also depends on course conditions if the ball is running or not–many days it is not as bouts of intermittent rain can always impact conditions.  Another good hole is the par 4, 13th hole of 362 yards with a tree in the middle of the fairway and a huge tree guarding the right side of the hole for the approach shot.  Therefore the best tee shot is to the left of the tree at 210 yards or so, a tee shot to the right even if in the fairway brings the tree into play for the approach.  The margin for error on the left isn’t great so if the tee shot is pulled left, more difficulty is in store for an attempt to make par.  This hole reminds me a bit of Stanford University’s 12th hole, which also has a large tree in the middle of the fairway.  Stanford’s fairway is a bit wider and there is nothing guarding the approach shot but there are a bunch of bunkers that come into play.  My favorite hole at Wheathill is the 16th.  The 16th is a par 5, 480 yards that can be birdied but it can also yield some really bad outcomes for wayward shots.  Visually, it is a lovely hole as the hole meanders to the left.  For the tee shot, your aim is over the first set of hedge row (only 100 yards) into the fairway as close to center as possible.  The fairway is wide and generous but shots hit too far to the right in the fairway will have to carry the second set of hedgerows (150 yards from the green).  The tee shot is all important to get into position to attack the green that will be straightaway once the ball is in the fairway.  The green is fairly small for a par 5 but can be attacked if you are in the right position in the fairway.  The 18th hole is a disappointing par 3 where it looks like the course ran out of real estate.  Designing a new finishing hole would add some frosting on this little gem but my take is that its a project that probably isn’t economically viable.  Playing Wheathill is genuine fun–there really is no “grinding” and you can focus on hitting really good shots to the right places to post a score. 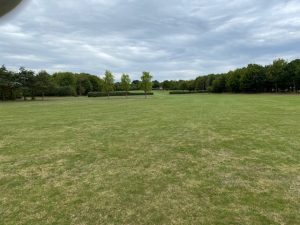 Shane Lowry emerged victorious at the Queen shortened BMW Championship at Wentworth.  Saturday play was curtailed out of respect to the death of the Queen.  Sunday proved to be quite a horse race with a number of players leaping into contention on a course that was inviting with soft greens from overnight rains.  The course was absolutely defenseless on Sunday and the players “went for it.”  Jon Rahm seemed to be playing a different game than professional golf as he went out in 33 on the front nine and was in 41st place at 9 under.  He would proceed to shoot 29 on the back nine with an eagle on the 18th hole after a 220 yard five iron to 20 feet.  His 62 was 10 under for the day . Rahm, who has been struggling with the putter recently, realized that the holes on Sunday were as large as a manhole cover as he converted birdie after birdie.  His one blemish came on the 15th where he three-putted but you just can’t have that much perfection.  The gods of golf simply won’t allow it.   Lowry played this tournament without a bogey and his birdie on 18 edged Rahm and McIlroy by a stroke.  McIlroy also made a strong charge up the leaderboard and had an opportunity to tie Lowrie but his eagle putt just refused to find the darkness of the hole missing by a twitch.