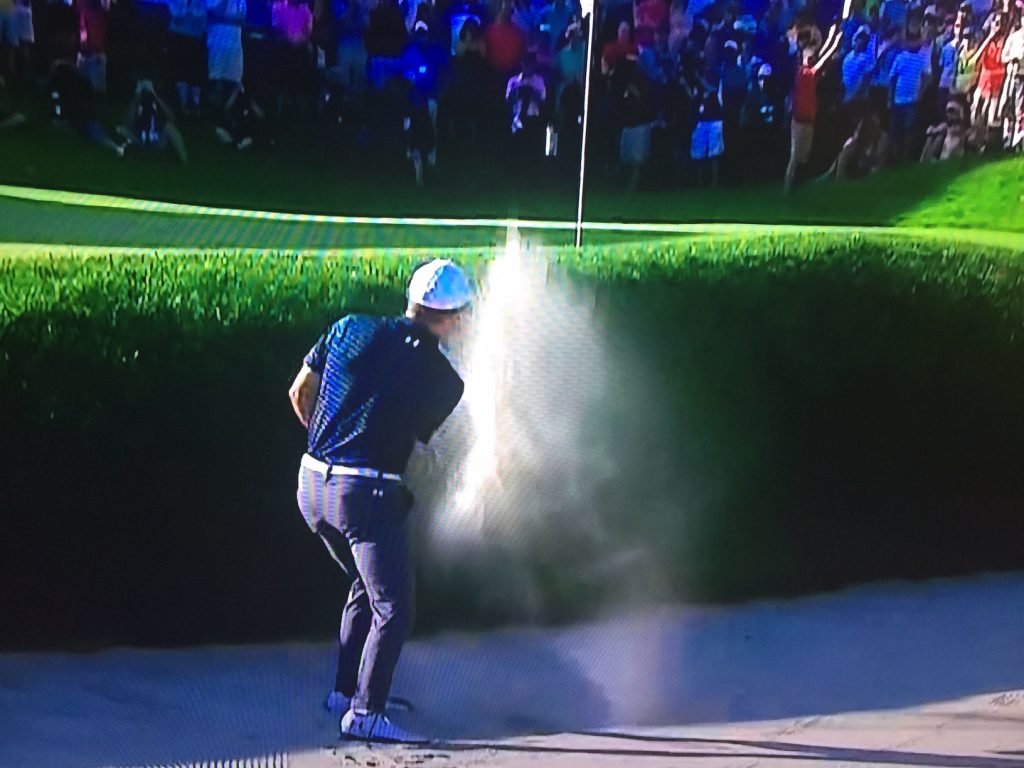 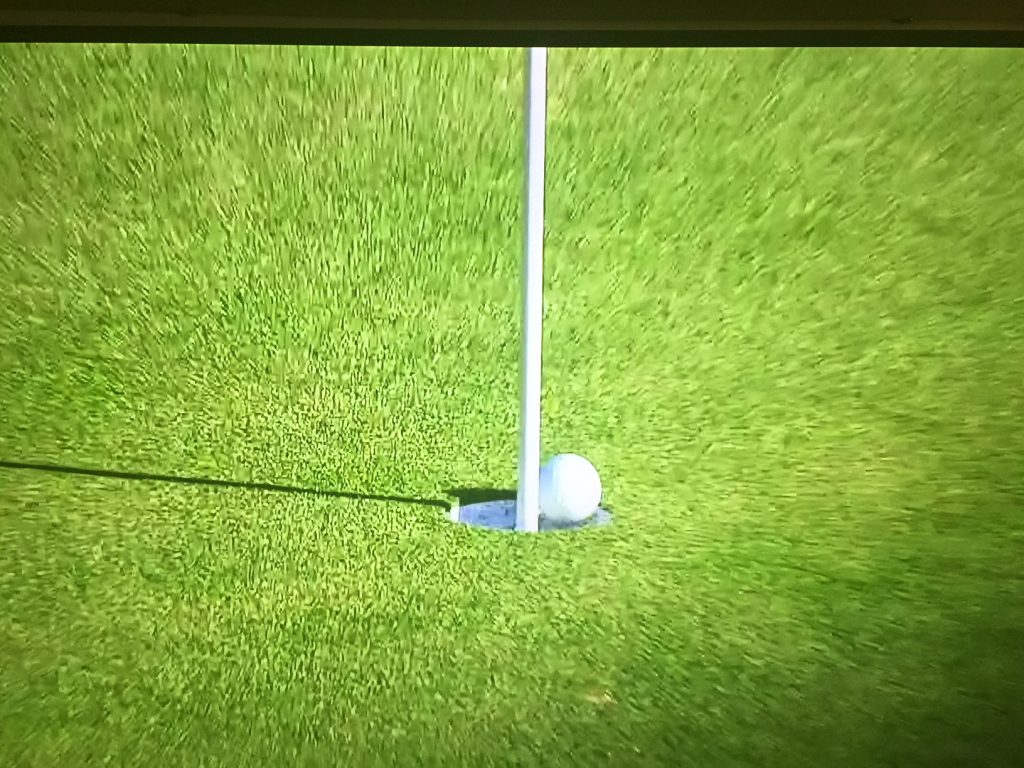 Ok, it’s Sunday and watching the San Francisco Giants get whacked again through the fifth inning, I decided to turn to the Traveler’s PGA event.  As stated in yesterday’s blog,  it’s the week after the US Open, it’s CBS and there’s three hours before the game of the week on ESPN so I decide to tune in to the PGA event.  I’m almost turned off immediately by the overexposure of commentator Gary McCord (who was kicked out of Master’s broadcasts years ago) who should be working for Fox Golf.  However, things are getting very interesting.  The holes I discussed in yesterday’s blog are pivotal as the players come down to the end of play.  Speith is having trouble with the putter and has missed three short putts to get things tightened up as Daniel Berger is playing very well. Speith misses a short putt on the par 5, 13th and his lead is only one shot.  The short and very narrow 15th, playing at 298 yards is becoming a factor.  Berger hits a 3 wood and tosses it into the crowd right of the green and thanks to the crowd, he has a chip and  almost holes it for a birdie to go to 12 under. Speith misses another short putt on the 14th hole to go back to 11 under.   Speith comes to the 15th and decides, for a safe shot, to hit a hybrid club and almost ends up it in the pond.  The ball is saved from the pond by a whisk of rough that normally wouldn’t be there.  Speith hits an indifferent chip shot to about 12 ft. and proceeds to surprise his putter and himself by making the putt to get back to 12 under.  Berger misses his drive on the 18th hole off to the right on the side of the hill-fortunately he only has 144 yards left and struggles to make par and he’s in at 12 under.  Speith is still grinding and struggling.  After hitting a terrific tee shot on the par 3 16th hole, his birdie putt isn’t even close and he settles for par.  On the 17th, Speith nearly plunks the ball into the pond with an approach shot that was targeted to hunt for a birdie and almost ended up costing him the tournament.  On the 18th, Speith stripes a tee shot 326 yards in the middle of the fairway.  He decides to hit a lob wedge and the ball lands in the front bunker.  With the pressure on, Speith hits his bunker shot to gimme territory so we have a playoff.

The playoff was a bit weird to say the least.  Berger had the honor and proceeds to pull his tee shot into the heavy left rough 287 yards leaving him with 155 to the green with the ball almost buried in the rough.  Advantage Speith?  Well, not really, Speith smashes his tee into a tree on the left side of the fairway and miraculously the ball bounds into the middle of the fairway.  Speith has 227 yards to the green (that drive was 215 yards) and he chooses a 5 iron!!  A five iron from 227?  He smashes it well,  but it runs out of steam and ends up virtually in the same place in the front bunker that he just got up and down from about 15 minutes ago.  Berger hits a pretty good shot from his difficult lie but he’s about 45 ft. away on the green.  Advantage??  Who knows?  Seems like a high probability of more playoff if Speith can get up and down from the same position in the bunker.  Speith takes his stance in the bunker and opens the face wide-a bit wider than before–the result–a few bounces and the ball goes in for a birdie 3.  The record crowd at Cromwell goes wild but in gesture of great sportsmanship Speith quiets the crowd so Berger can try for the tie–his putt tracks nicely but trails away at the end and Speith wins again for the 10th time in his short 4 career putting him in the company of Tiger Woods and Jack Nicklaus as players that have won 10 times before their 24th birthday.  I had expected to take a nap during the end of this tournament but the TPC River Highlands put up a good test and a very exciting finish and tournament.