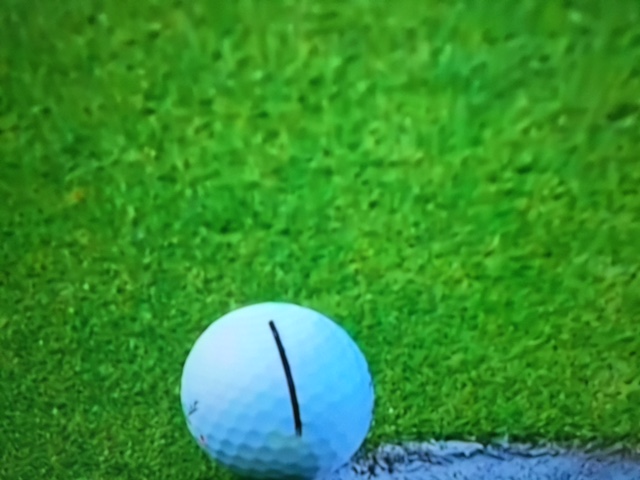 The PGA Championship at Quail Hollow turned out to be a pretty exciting finish with The Green Mile (16th through 18th hole) became a significant factor in the outcome. Justin Thomas came through the crowded leaderboard on the final day with a terrific sub par 70 round to win the event at 9 under.  Golf can be a crazy game and the omen for Justin’s victory was a putt on the 10th hole that took exactly 10 seconds to drop into the cup.  Thomas  played flawlessly and took advantage of his length to make the necessary birdies and didn’t flinch coming down the stretch.  The fairway bunker on the 16th hole proved to be a welcoming spot for a number of the contenders needing birdies to catch Thomas and no one could get over that hump.  I really appreciated Thomas’ approach shot to the 18th green out of a patch of spinach from 88 yards out to get it on the green and seal the deal.  He made a difficult shot look very routine as he nonchalantly smacked a lob wedge (or something equivalent) on the green.  It’s clear the adrenaline was there and there was no doubt of the execution of that shot.

My predictions for this event were a bit off the mark.  I thought the professionals would go very low due to driving distance and the occasional thunderstorms that would slow the greens down.  The PGA and the Quail Hollow club  have to be pleased that the course setup presented a significant challenge to the players.  I had predicted that the long hitting gorillas on the tour would win the event and Justin Thomas is one of those players.  My favorite for the event was Rory McElroy with competition from Matsuyama, Dustin Johnson and Henrik Stenson. A number of long hitters ended up as factors in the event as Patrick Reed and Rickie Fowler who all had chances at the end of the tournament but they could not conquer the Green Mile.   Matsuyama had an up and down day and missed just enough shots to miss catching Thomas.  He made a number of great shots to stay in the competition.  It was a tough day for the Third Round leaders Kevin Kinser and Chris Stroud.  Kinser’s chances were lost early in the round as he hit his approach to the 7th green into the creek taking a double bogey there.  Kinser had hit a similar shot in the third round to that hole but it was saved from the creek by the 3 inch rough.  The 3 iron in the Final Round had no chance and faded into the creek.  He ended the Final Round needing an eagle 2 on the final hole but his low to no probability approach shot of 203 yards found a watery grave into the creek which runs all the way to the hole.  Nevertheless, he had a great tournament.

The pre-tournament hype from the PGA and the club bragged about the toughness of the Green Mile and how it would be a factor in the outcome of the event.  It’s highly unusual that these predictions are correct and this time the prognosticators were correct.  The Green Mile claimed a number of victims including Jason Day who made an 8 on the 18th hole on Saturday as he plunked his drive right into “nowhere’s ville” and simply could not recover.  The par 3 17th hole at 199 yards was tough as well yielding few birdies with the water on the left actually preventing players from pin seeking.  The right side of the hole offered no fun especially as any shot missed to the right ended up in a collection area reminescent of the evils of Pinehurst No. 2 (just an hour down the road).  The 16th hole was no bargain either with the fairway bunkers placed perfectly for the “gorilla” tee shots of these professionals.

What I find interesting from this event is that a new coalition of players are emerging who are all in their mid 20’s-Speith, Thomas, D. Johnson, .   Reed, Fowler, Kinser and others who cheer for each other success.  Speith, who finished the tournament at 3 over par, was greenside at the end to congratulate Thomas on his victory. There seems to be a “changing of the guard” where experienced winners such as Phil Mikelsen, Jim Furyk, Matt Kuchar, Ernie Els and others will probably be eclipsed by this new group as the professional game continues to convert to the need for length off the tee.  These young guys seem to have nerves of steel and are fearless in their approach.  These championship venues are now over 7500 yards and seem to be changing the nature of the competitive element.  This new group  may also end the dominance of the Europeans in the Ryder Cup with their respect for each other and stellar play.

I feel that this outcome solidified the PGA Championship remains as a true major. Visibility of this event may now be enhanced as the timing of the event moves to May in 2018 to escape the TV competitive elements of other sports such as exhibition NFL football and Major League Baseball.