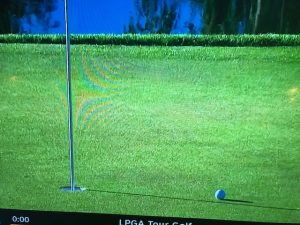 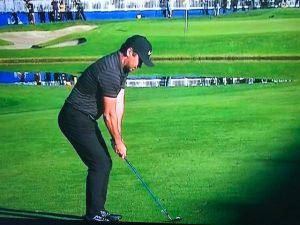 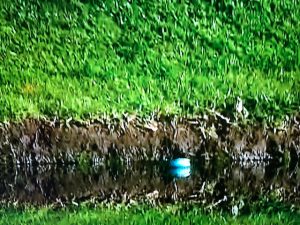 2018 marks the return of an injury-free Tiger Woods.  Questions persisted as to his ability to make a comeback that most fans relish.  The venue for this PGA event was Torrey Pines in San Diego, California.   Torrey Pines is among the finest public golf courses in the country and was also the site for the 2007 US Open.  You might remember that is Tiger’s last major championship win, which was accomplished in dramatic fashion  in a Monday playoff round against the unlikely competitor, Rocco Mediate.  It was also an event where Woods suffered mightily from problems with his knee and he executed a number of wonderful shots to pull off the victory over Mediate’s terrific performance.  Tiger’s return is larger than the PGA Event itself.  The tournament ended in tie on Sunday as Jason Day and Alex Noren skillfully maneuvered through five playoff holes with darkness ending Sunday play.  On Monday, it took Jason Day one hole to win the Tournament as the gods of golf seemed to determine the outcome.  Alex Noren smashed his drive on the par 5-18th hole ostensibly down the fairway but, of course, it landed at a full stop in the first cut of rough.  This few inches of rough would determine the outcome of the tournament.  Day crunched his drive but it’s 8AM in the morning and the sun is still rising in the sky and this ball landed beyond the right hand fairway bunker with trees in his line.  Day would have no opportunity to reach the 18th green in two.  Advantage-Noren  Noren, realizing his advantage knows that if he puts the ball on the green, he will maintain his advantage and perhaps close this thing out.  Noren pulls a 3 wood out of his bag-he has 239 yards to the green and must clear the pond that guards the green.  This is no problem for the PGA professional and he flushes the shot and looks up waiting for the ball to bounce on the green and either release to the back of the hole or perhaps move towards the hole.  Well, it’s 8AM in the morning and the air is a little heavy–memories of Roy MacAvoy in the movie “Tin Cup”  are recalled in my mind.  MacAvoy’s first attempt at a similar looking hole in the movie clears the water but not the bank and rolls into the pond. Noren’s shot carries the pond but-oh no!-the ball ricochets off the mound between green and pond and the heavy morning dewy air deprives Noren of the shot he thought he deserved–the ball ends up in the watery grave.  On Sunday, Noren’s shot easily carries to the green in warmer and dryer conditions.  Day smashes a seven iron from his excellent lie in the rough, over all the trees to about 85 yards in the middle of the fairway.  Day then has the shot that all of us want on a long par 5 and he dumps the sand wedge to four feet from the hole–match over!!  Noren has to hole his chip from 100 yards out which would have been miraculous but there would be no miracles today.  Day celebrates his 11th tour victory after sitting out the Wednesday Pro-Am with a bad back.  Despite this outstanding result-the headline in Monday’s New York Times reads “Woods Has Best Tour Result in 3 Years.”

Woods played well throughout the week but its really hard to assess if his game is ready for the significant events on tour.  Overall, he has made significant progress and in this comeback, he seems to be physically in great shape.  His swing speed is now among the best on tour, which will be a great advantage if he can figure out how to find the fairway.  He finished last in driving accuracy among the 77 participants that made the cut.  Finishing 23rd in the event, he made a number of spectacular shots and putts-he needed those shots to make the cut.  He had the largest crowds and a few of them misbehaved in the middle of his putting stroke.  TV ratings for the event were off the charts.  It’s terrific for golf to have Tiger back on Tour competing at the highest level.   Tiger realizes that there is a lot more to do–the problem with age that there is no guarantee that you can rebuild the foundation that was achieved after years of physical issues and absences from professional competition.  There’s a lot of fan support for his comeback and we’re looking forward to see how he progresses.  While Jack Nicklaus never suffered the myriad number of injuries that Wood’s has had, Jack had the respect of the golf fan but he was never bigger than the event itself.