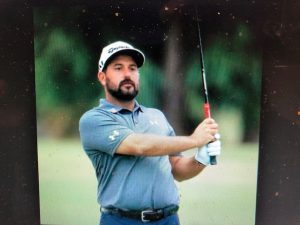 I’m sitting here in the Lufthansa lounge in Munich, Germany suffering through a flight cancellation as I’m trying to make my way to Brian’s place in Somerset, England for the weekend.  This visit was almost destined not to happen as the airline that was supposed to take me to Bristol, British Midlands, declared bankruptcy last Saturday forcing a mad scramble by Lufthansa and other airlines to rebook passengers.  I was rebooked to take 3 legs for a distance of less than 500 miles–I decided to abort that plan and fly to London and take the train.  Alas, London was fogged in so early flights have been cancelled.  I ended up flying from Munich to London at noon, the 1 hour + flight was accompanied by a 2 1/2 hour debacle in the UK immigration.  My advice would be to avoid England altogether if you’re not a EU passport holder and after March 29-perhaps EU passport holders should do the same.  There were 2 customs agents clearing over 500 people in the non-EU line to clear immigration.

I’ve been thinking about writing a short piece on golf etiquette and had four hours to kill so here are some thoughts for your consideration..

I believe that the lack of etiquette on the golf course is a major contributor to why the game as a participative sport is failing and losing momentum particularly in the millennial generation.  It is the “golf elephant” in the room.  It is never discussed on television, golf magazines or the Golf Channel.  Etiquette is defined as: “the customary code of polite behavior in society or among members of a particular profession or group.”  In golf, I would suggest that etiquette standards have a certain rank order of importance.  For me, it would be:  pace of play as the most important one,  with  decorum, politeness, compliance with the rules of the game as equally important.  Pace of play is a huge problem particularly on public golf courses.  The ruling bodies of golf have been changing the Rules of Golf with some positive bias towards making the game faster to play but these changes are a pimple compared to the behavior of pace of play.  Pace of play is an art in itself.  The player has to be committed to playing at a rate where shots are targeted and considered in a reasonable length of time which cannot be legislated by Rule.  On the putting greens, amateurs who are playing a $5 nassau can’t behave like they are on the PGA Tour.  Touring professionals take a lot of time on the greens because they have to–this is their livelihood and most, if not all, professional tournaments are decided on the greens.  Many public and private golf courses create a standard for completing a round–for example the Pebble Beach Company encourages and supports a round of 4 hours 30 minute which, for me, is at the outer edge of acceptability but okay given that many of the players on these courses are checking off a “bucket list” item.  What’s poor is that the courses do not enforce their time standard and there are no statistics to prove that any of the groups are achieving the standard.  If you play, Pebble Beach after 9AM in the morning, it is highly probable that you will experience a round between 5 to 6 hours.  I’m sure that Pebble doesn’t keep track of these statistics and therefore you move around these great links at a snail’s pace which makes it difficult to maintain tempo, balance and swing thoughts.  In golf, you can’t decide that you’re going to change your swing and approach on the golf course and swing harder to get better-you will actually get worse.  I’m amazed by the differences in pace of pace across the globe.  In the UK, Scotland and Ireland–the standard for pace of play is less than 4 hours irrespective of the skill of the player.  At St. Andrews, the locals can’t get around in 3 hours provided the venue is not packed with a busload of Americans or Japanese players.  In the US, there is a general disregard for pace of play standards but you can find private clubs and some public venues with 4 hour or less standards but this is the minority.  In Japan, pace of play is not even considered etiquette–pace of play standards do not exist and golf for the Japanese player is an all day affair including lunch, nap, snack break, beer, bath and transportation. China is similar to Japan and Korea is the midpoint of the extremes–Koreans play faster than their Asian brethren. The difficulty to learn how to play the game at a decent skill level and pace of play are major turnoffs for millennials and the game is going to continue to suffer until these issues are addressed.

The secondary points of etiquette are also and can be subtle as well.   Knowing where to stand when your group putts, playing “ready golf” and keeping your emotions in check and control are some other factors that are important to the enjoyment of the game.  While these forms of etiquette are important, they don’t have a significant impact in determining participation in the game.

My AT&T Pro-AM partner Roberto Diaz is tied for the lead after two rounds in the Puerto Rico Open PGA Tour event.  He finished 18th in the AT&T and cashed his biggest check of the year.  In addition our other professional partner in the group, Nate Lashley from Arizona is tied I’m taking full credit for his good play and wish him well this week.

Dustin Johnson leads the World Golf Championship in Mexico at 11 under with Matt Kuchar and Rory McIlroy two back at 9 under.