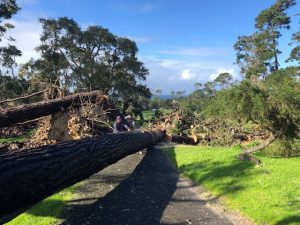 February was a brutal month for the golfing public in the United States.  Those of you that live in Florida or Hawaii need not read the rest of this post.  For retirees who play four or five times a week it was a time to read a good book; and for their wives, whose lives were disrupted, you have my sympathies. As my wife frequently comments, “I married you for love but not lunch”.    In California, the rainfall was consistent, heavy and very disruptive to the entire society as flooding, road closures and general mayhem were the order of the day.  In Pebble Beach, the month started with the AT&T Pro-AM where conditions were sloppy at best; and we actually had to dodge hailstones and continuous squalls throughout the event.  We had one good day on the opening round of the tournament with brilliant sunshine albeit with cooler temperatures.  High winds seemed to provide some teasing drying of the courses.  Friday, we started two hours earlier with players warming up in darkness with portable lights.  The officials were fortuitous in their assessment of the coming rain as we played in mostly gray skies until the heavens opened and drenched the field in the final hour of play.  On Sunday, hail, cold temperatures and more rain caused a two hour delay in play, but the field was able to complete their rounds except for the final group of winner Phil Mickelsen and Paul Casey.  The professionals coped with these conditions fairly easily–the only effect on them was that the 300 yard drives were non existent.  Their swings and experience merely posed a mild inconvenience.  Unfortunately, Tuesday after the tournament ended, the rain fell heavily and did tremendous damage to the Monterrey Peninsula.  Electric power was lost for almost 5 days and trees were down everywhere.  At Monterrey Peninsula Country Club, 60 trees were felled cutting across fairways and cart paths causing the courses to close.  A tree fell on one of the maintenance sheds which would impact the cleanup effort.  Over 300 trees were lost throughout the forest.

I actually like playing in the rain as long as trees aren’t falling around you.  You have to have the right gear to play in the rain such as Gortex water repellent jackets, pants etc.  Rain gloves are a must since the grips on the clubs are gone quickly but rain gloves actually improve your ability to grip the club as wetting the gloves promotes adhesion to the metal grips of the club.  Golf rain gloves are similar in texture to rubber gloves used in general cleaning.  With rain gloves, the excuse of loose grips is removed.  I remember playing Old Head in Ireland as the heavens opened up and the grips were gone in less than a minute. Playing in the rain forces you to really concentrate on your swing mechanics and you usually have to take at least one extra club to cope with wind as the golf ball will only go as far as you hit it.  The only advantage is that you can be aggressive with approach shots and putting as the greens will be receptive to firing at any pin position.  The other nice effect is that there are very few of us on the course because most players will shy away from the punishment that the conditions continue to dole out.  Many courses drain very well such as MPCC and the wind can have enough of an impact so you can find a playable lie–if not, you probably will have to give in to the conditions.  Umbrellas are pretty useless and they will probably break in these type of conditions.  Most of us are fair weather golfers but the “macho” of playing in these conditions gives you a rush of completing a round to just survive the elements.

Playing golf in the rain in California is an interesting footnote when compared to the polar vortex, tornados and other related havoc that is impacting the rest of the country.  March isn’t off to a great start either but at least we don’t have to listen to the “drought police” for the rest of 2019. 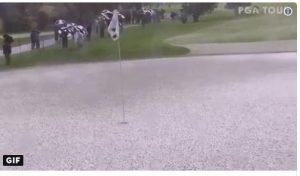 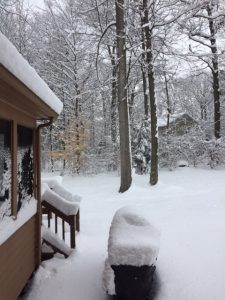 ← Etiquette The End of the Rain? →