Gary Woodland Wins the US Open 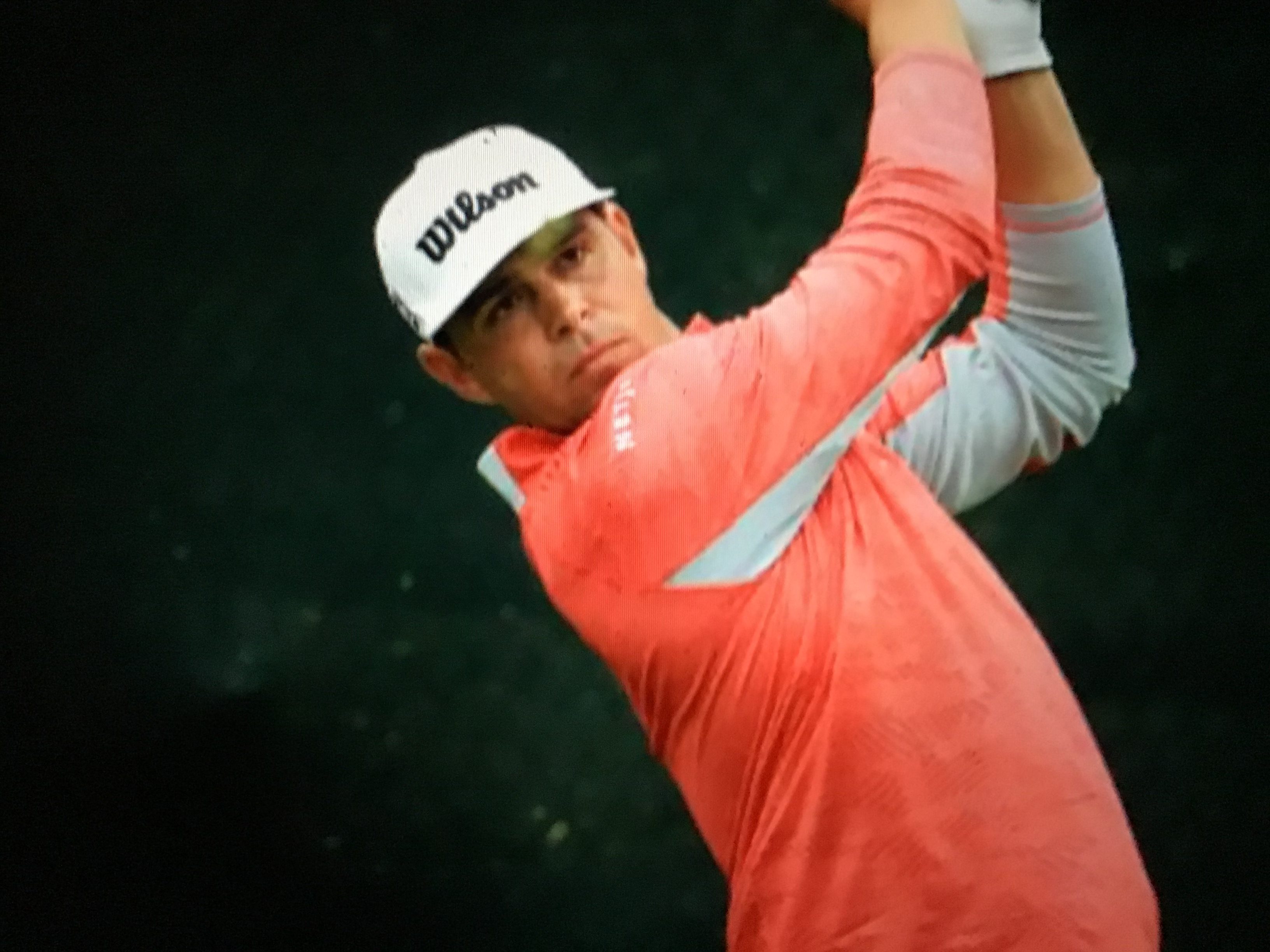 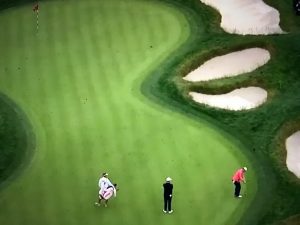 Gary Woodland WON the US Open at Pebble Beach.  Woodland grabbed the lead in the second round and hung onto it.  He was solid and unwavering throughout the tournament.  He has always been a fine player on tour but his short game especially putting had always been suspect.  Up to this year, he had failed to close the deal in final rounds at PGA Tour events.  He had never contended in a major and he was facing a horde of famous contenders named Koepka, Rose, McElroy, Adam Scott, Schauffle, Rahm, Oosthuizen, McEllroy and Henrik Stenson.  Through three rounds Woodland was putting “lights out” and had a number of what I would call “minor miracles” to save par. In the third round,  his tee shot on the par 3 12th found the thick rough above the bunker.  The ball was sitting down and it seemed that a flick with a closed club face might have sufficed.  Instead he punched the ball out and it shanked way right just off the green.  Facing what it appeared to be a certain bogey, he calmly chipped the ball from the fringe into the cup for par.  During the second round, on his 17th hole, the difficult par 4, 8th hole, his approach shot found the deep rough just over the bluff short of the bunker on the right.  In normal, non US Open conditions, that area would have been shaved and that shot might have rolled back into the ocean.  It  reminded me of Tom Kite’s situation in the 1992 Open with a similar shot that was “saved” by the rough.  Woodland then made an improbable putt again to save par.  On the 9th, the 18th hole for him, he hit a tremendous  tee shot down the middle of the fairway almost 300 yards, which came to rest in a a divot.  He was 207 yards from the green as another test immediately loomed ahead. He seemed to scowl at the result and then hit a terrific iron shot (probably a 4 iron) onto the green but was 49 ft. away.  He holed that putt as well and it seemed that his share of good fortune would expire there.  In the 3rd round, he watched Justin Rose can a birdie putt on 18 to close his lead to a single shot.  Rose was also putting very well with 22 putts in the first round, 27 in the second and just 23 in the third round.  The stage was set for a pretty exciting Sunday with Koepka just four shots back and Rose in position to challenge the leader.

The media surreptitiously was picking Koepka without actually coming  out and saying it.  Woodland had played very well and he quotient of “miracle” par saves seemed to have been cashed out.  Besides,  Woodland did have a history of faltering in the final round of tournaments and was never in this position in a major championship.  In historical terms, Dr. Gil Morgan comes to mind.  Morgan led the Open at Pebble Beach in 1992 through three rounds and proceeded to shoot 81 on Sunday to finish 8th to eventual winner Tom Kite.  Koepka was taking dead aim at a 3rd US Open win in a row which was something not accomplished in over 100 years.  My opinion is that the gods of golf did not want this to happen but Koepka was in position and had the skills and mental toughness to pull it off.  Curtis Strange won two US Opens in 1988 and 1989 and was in position to win a 3rd in a row at Medinah in 1990 just two shots back going into the final round.  His final round of 75 dashed hopes for a three-peat and he finished 21st.

Conditions at Pebble were about the same as the prior three rounds with gray skies, moderate temperature and not much wind.  It would be possible to post 66 or 67 in these conditions but the birdies would have to be made in the first seven holes.  Koepka did just that with 4 birdies in those first seven holes. Woodland had 2 birdies of his own in this stretch as he played “mistake-proof” and maintained a 2 shot lead.  He seemed oblivious to the scoreboard and intensively focused shot by shot on the task ahead.  It might have helped that Rose struggled and could not maintain the momentum he had in the first three rounds.  The rest of the stellar field could not mount a challenge as missed putts and occasional tussles in the rough produced a number of bogeys that eliminated the challengers from contention.  Koepka had a number of birdie opportunities on the way in to the house but he just couldn’t convert them as he could do not better than even par on the back nine.  Woodland continued to plod along with arrived at the 17th hole with a 2 shot lead with 2 to play.  Woodland’s tee shot on the 17th found the wrong side of the green and he had a treacherous chip to the US Open back pin position on the left side of the hole.  Woodland would have to negotiate the mound about 12 feet and then the ball would quickly release left toward the hole.  He couldn’t putt the ball and would have to chip it close to make par.  This isn’t the kind of shot you want to have with on the 71st hole with a 2 shot lead.  Woodland surveyed the shot and calmly chipped to within two feet for the par–this shot would be a 10 on my difficult meter and he nonchalantly nailed it.  He closed the deal with a spectacular 20 ft. + birdie on 18 for a 3 shot victory.  While the shot on 17th wasn’t as great Watson’s chip in in the 1982 Open, it was just as important for Woodland’s victory.

If Brooks Koepka knew that he would have 4 consecutive rounds under par at the US Open, you would have thought he would achieved a 3 peat.  Woodland was able to match his intensity, focus and competitiveness-one shot at a time and achieved a great victory.  It was a great day for the game of golf.