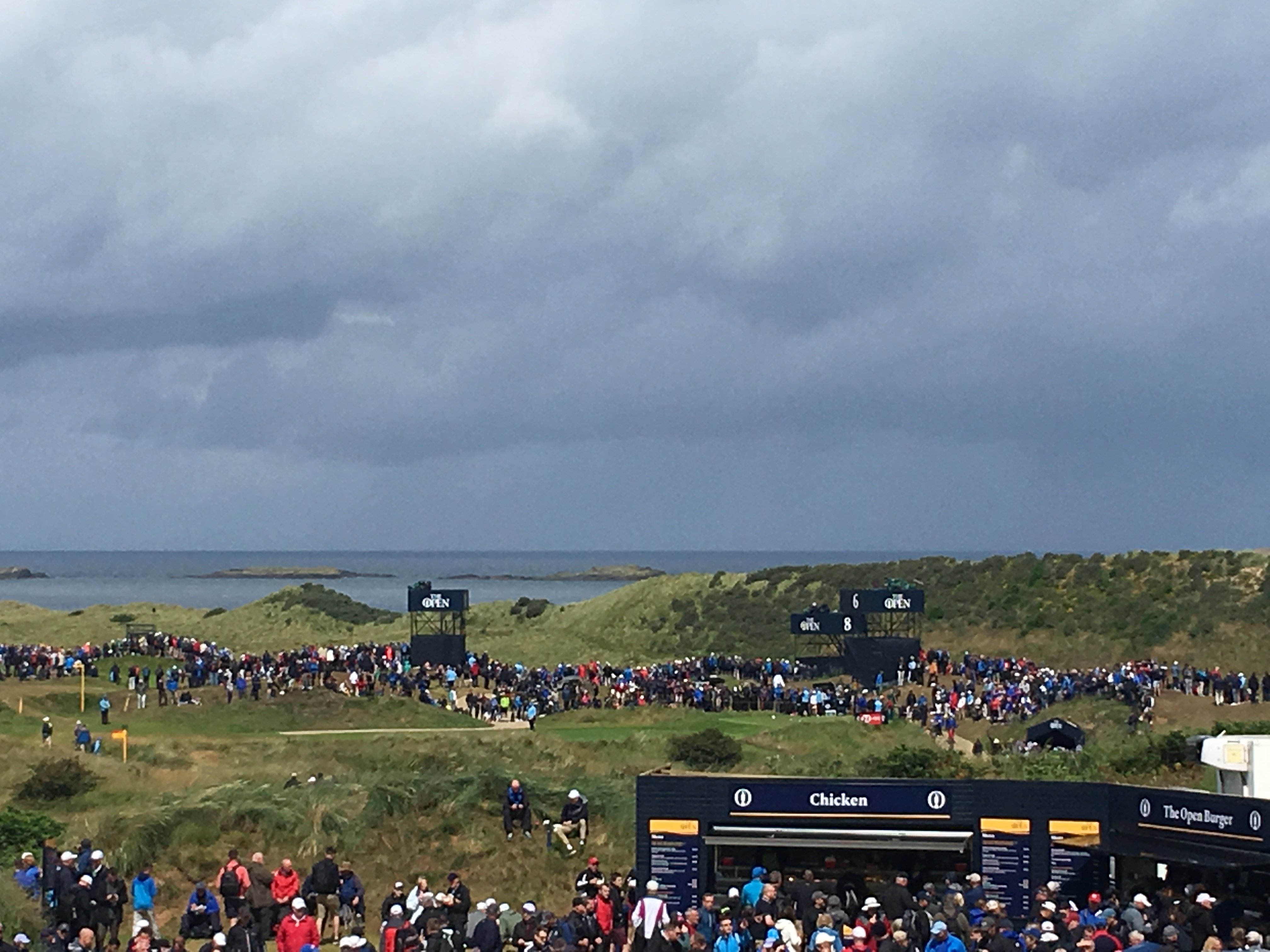 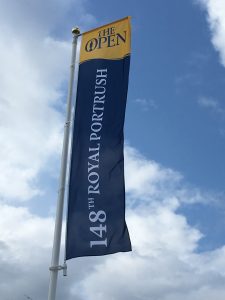 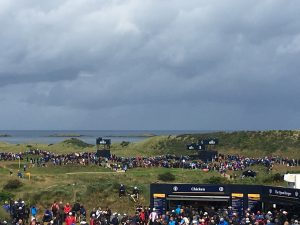 Shane Lowry took a four shot lead into the final round.  Brooks Koepka pipes up and reminds Lowry that he had a four shot lead into the final round of the US Open at Oakmont in 2016.  Shane accepted the comment and stated that he had learned a lot from that tough experience and he was a different player now.  It was a posturing move by Koepka as he was lurking seven shots behind at the start of the Final Round.  The gods of golf don’t like this type of behavior and Koepka started spraying shots all over the course and bogeyed the first three holes and he could never get back into contention.   Final round weather was a major a factor as the wind was up blowing to 25 mph and gusting accompanied by rain squalls during the entire round. Francisco Molinari had the best round coming out of the pack of the final round with the best round of the day with a 66 and no bogeys to finish 11th at 3 under par.

The first hole at Royal Portrush created havoc for a number of the players.  It’s very unusual for the first hole in any major championship to have a significant impact on the outcome of a tournament. The 1st hole is a 423 yard, par 4 with a fairly narrow landing area with the fairway leaning to the left where the rough would produce a number of unpredictable lies.  The first hole has out of bounds on both sides of the hole but it seemed that the players had to move the ball from right to left to try to avoid the left rough where lies could be very dicey.  In addition to Rory McIlroy’s 8 on the opening day, Rickie Fowler whacked his first tee shot out of bounds as well in the Final Round.  A number of double bogeys were recorded including Jon Rahm in the Final Round.  Jon Rahm nailed a hybrid club only to find the fairway bunker on the left side of the fairway.  I’m sure Rahm thought he would be short of this bunker, which is about 275 yards from the tee but he found it anyway.  With 135 yards left to the green, Rahm left the ball in the bunker and would go on make double bogey.  The first hole ended up being one of the toughest holes during the championship with an average score of approximately 4.4.

Shane Lowry joined a long list of players knocking it into the left rough on the opening hole  as the pressure on his face for this first tee shot evoked a visage of concern.  His playing partner Tommy Fleetwood was going to pick up a stroke with an easy par and Lowry was staring at a seven foot putt for bogey.  He holed the putt and although his lead was reduced to three, the demeanor on his face changed completely.  It seemed to say, “I’ve dodged this bullet and now let’s go out and finish this thing.”  He was never pressured after this hole.  None of the leaders could mount a challenge from the get to and one by one, they all fell by the wayside.  None of the third round pursuers could post a score under par on Sunday and Lowry put the round on cruise control.  At one point with weather conditions easing, he increased his lead to 7 over Fleetwood and the others even with three bogeys on the back nine.  There would be no catastrophes in his round and he simply maintained control of his emotions with the combination of a raucous supportive crowd and the inability of the competition to mount a challenge secured an easy 6 shot victory

My pick to win, Rory McIlroy missed the cut at +2 after making an 8 on the first hole.  He almost made it as his first round 79 was followed up with a courageous 65.  Tiger Woods and Phil Mickelsen both missed the cut as well.  Woods complained of pain issues with his back and I guess Phil’s crash fasting diet improved his svelte physique but didn’t translate to his swing as both of them beat a hasty exit.

Royal Portrush emerged as the winner in staging this Championship and it’s fairly certain that it will be added to the rota of courses going forward.  The crowds were huge, boisterous and complementary of the venue and endured the elements particularly in the final round.  Shane Lowry’s victory was certainly popular especially in the wake of disappointment in not having Rory McIlroy contending or even playing on the weekend.  Fellow Irishman, Grahame McDowell started the Final Round pretty well but ballooned to a 77 to finish 57th.  One of my predictions was correct and that the players would go low in this event unless the wind and rain arrived.  The Final Round started early as the day would be impacted by weather, which was a major reason the leaders could not go low on this day.

We watched the Final Round after arriving in Shanghai and it was over by 1AM local time here with the BBC broadcast which was brilliant.  More to come in another post on Portrush as I am stymied by China internet restrictions.  Many thanks to Steve Almassy for providing the pics in this post.

← Tips and Vignettes for the Golfer Tom Watson →