Emotions on the Golf Course 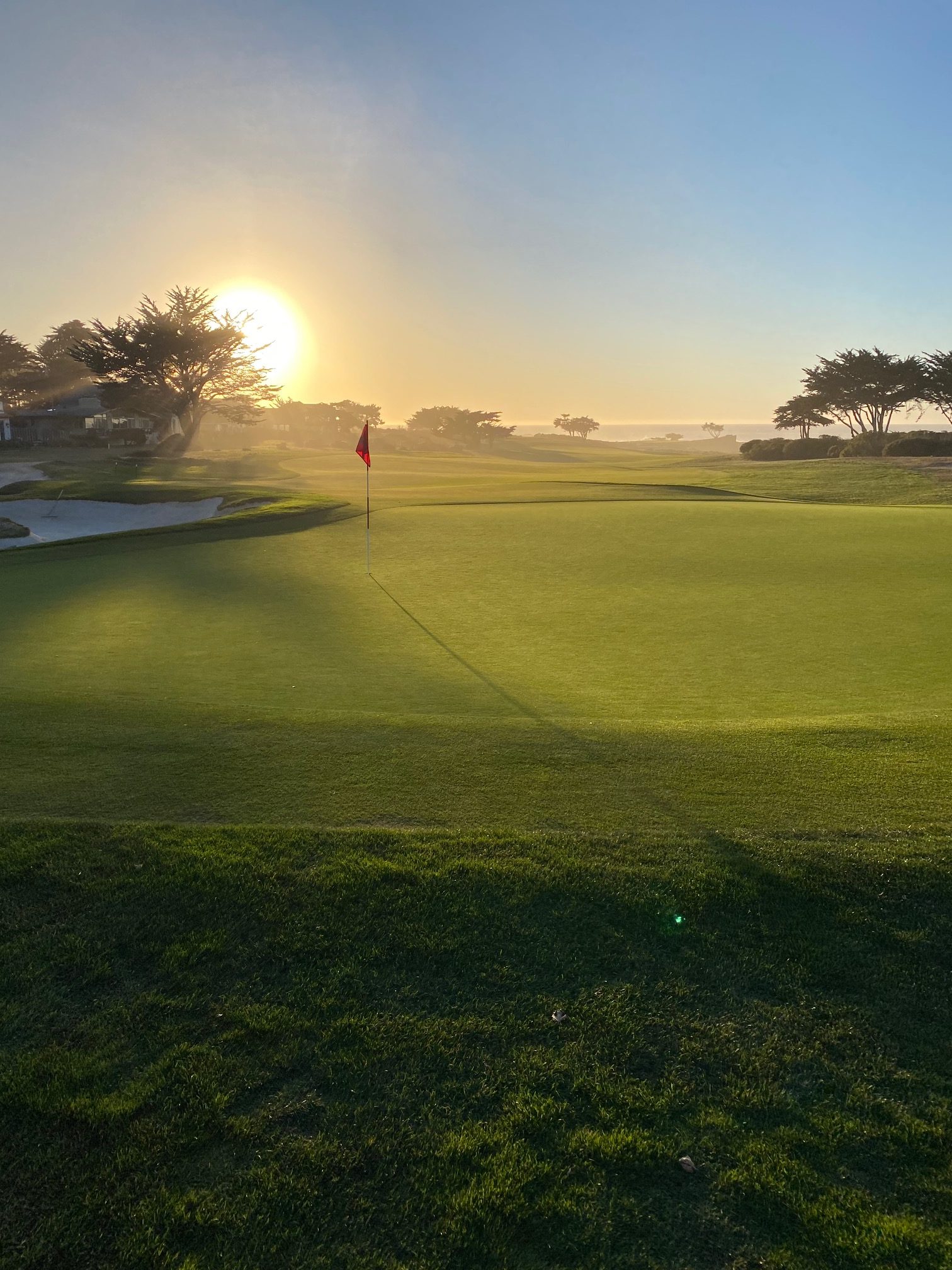 We’ve always stated that golf is a microcosm of life and not just people chasing a little white ball around a park.  Professional golfers are not immune from being subjected to emotions of the game but at their level, it’s a much difference sensation.  Most, if not all, of us, have experienced anger on the golf course; and know that it will only produce worse results and more horrible swings.  Unlike other sports such as football, hockey or even baseball, anger can stir emotions and raise motivational levels consistently.  As a fan of the San Francisco Giants, one of our most painful memories is Dusty Baker’s act of giving pitcher Russ Ortiz the ball to keep as he replaced him for a reliever as if to say, “Don’t worry, we got this.”  The California Angel dugout erupted in complete anger and went on to come from behind and win the game.  Baker’s act was ill-timed and disrespectful; and the Giants went on to lose the World Series.  Most professionals will tell you that they may hit no more than three to five quality shots in a round of golf.  This is kind of an amazing revelation to the ordinary player especially when it seems that almost every shot they hit is perfect.  In the end, all of us have the same expectation of hitting good shots.  I always measure my rounds by the number of “misses” and try to keep them to a minimum.  Fewer “misses” might not result in better scores but the overall satisfaction of playing well sometimes is more important.

We now come to the plight of one of the best players on the PGA Tour.  Justin Thomas has hit an incredible number of good shots in his career winning many tournaments and doing so with class and some pretty good shot-making under pressure.  He has also hit some poor shots and I recall recently a number of tee shots that meandered to the right and cost him some high finishes in major tournaments.  Nevertheless, Thomas is a force in the game and highly thought of throughout the sport with a string of commercially lucrative endorsements from his good play and character.  At the Sony Open last weekend, Thomas missed a short putt for par and was caught by a live green side mic using a homophobic slur after the miss.  Thomas didn’t even realize what he had done or understood it until he was confronted at the end of the round.  The resulting furor has been swift and painful as companies that have sponsored him or where he is endorsing their products may or have ended their association with him.  Thomas did not react with physical emotion or anger after missing the putt but uttered the slur loud enough to be caught by the mic.  He has apologized publicly and is learning a new lesson on anger and control at the highest level of the game.  Thomas is not alone but this situation was made incredibly difficult by the homophobic slur which is disrespectful to say the least.    Since he was unaware that the slur was picked up by a loud pic, one might think that this slur is part of his normal vocabulary when anger sets on the golf course.  It will be forever difficult to suppress anger on the golf course as no golf shots can be or will be executed according to one’s intentions.  The slur used was the problem in this episode.  Tiger Woods and many other world class players have used “f bombs” on the golf course but this is foul language we just accept; since most of his do it also whether, we want to admit it or not.  We also don’t need a green side mic.  Some people will support Thomas’ apology and some will hold it against him.  All he can do his shrug his shoulders and commit to himself to do better in the future.  Endorsement deals and sponsorships are irrelevant–what’s important is to recognize the failure and act on improving it.

If you recall the movie, Christmas Story, young Ralphie loses it when he mishandles the lug nuts in trying to help his father change a tire on the family car.  He utters the “f bomb” for the first time in his life and in the 1950’s this word was not a pejorative statement that was acceptable in society.  This was truly a bomb that evoked serious punishment and a bar of soap.  I used that word only once in my household as a twelve year old and I forever dread the results of that excursion 60 years later.

You have to wonder at the amateur level in golf as the usual “f” four letter word is uttered frequently as most of us miss those putts as well.  The “f” four letter is foul and horrible but is so commonly uttered that it’s almost generic and has it’s own meaning even though the language is disgusting and foul.  Other favorites are the invocation of the Lord and his Son who really don’t care or listen to the incantations of a tee shot hit out of bounds or a missed two foot putt.  I am certainly not a psychologist but these reactions come from a missed expectation that should be normally executed.  In golf as in life, these situations don’t happen naturally as every shot has to be executed with precision to avoid the anger.

Lastly, I’d like to cover the “whine.”  I would define the “whine” as the emotion that is uttered when a shot golf doesn’t meet the expectation of the player but is actually a very acceptable shot to the rest of the players in the group.  “I missed it” as the ball goes whizzing  40 yards straight down the middle of the fairway out driving all the players in the group by 50 yards.  This type of whine is insulting to the rest of the group and perceived as, you guys are really terrible, you can’t even keep up with my bad shots.  Another “whine” is when the player knocks the ball 50 yards out of bounds and the player announces to the group that this shot hasn’t happened in a round of golf for the past 10 years.  The group really doesn’t care and is unsettled with the distraction.

The feature image of this piece is a view from the back of the 16th green at Monterey Peninsula Country Club at sundown.  It’s a great pic to remember and stay calm and remember how great it is to be able to enjoy this game. 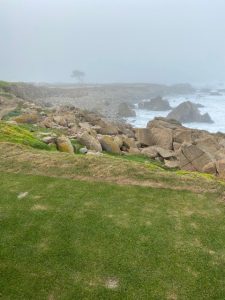 The 13th tee at the Dunes Course in the fog