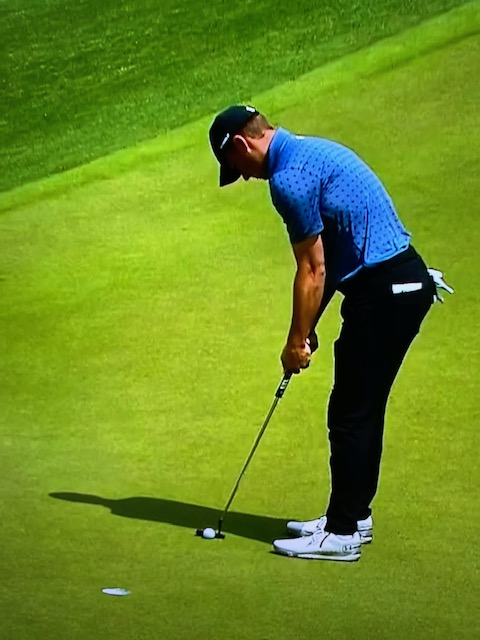 I can’t say that I usually watch the Valero Open in San Antonio Texas.  We’ve played La Cantera, where the tournament was conducted for 15 years  when we  attended the NCAA Final Four in San Antonio in 2004 where our UCONN Huskies brought home the national championship.  The event moved to its present venue at the TPC San Antonio in 2005.  I wouldn’t have passed the examination that asked when the Valero Open occurs every year.  One of the least known facts on the PGA Tour is that the Valero Open was first played in 1922 and has survived through the years as the 3rd oldest PGA Tour event and is the oldest tournament as defined as being played in the host city of San Antonio, Texas for its entire experience.  Arnold Palmer has won the event three times in a row (1960-1962) earning an accumulated grand total of $12,900.  Jordan Speith’s 2021 victory was worth $1.386 million for 1 win.  The Valero event was usually held after all of golf’s major championships were conducted in the September, October time frame and traditionally well known for its significant sponsorships and commitments to charitable giving.  Many of the name players on Tour would skip this event in preparation for the upcoming Masters this coming week.

This would be the week that Jordan Speith would complete his comeback.  He’s been playing well all year but there have been various factors all occurring randomly that prevented him from entering the winner’s circle.  Inconsistency was the major thread of finishing the deal–an erractic tee shot here and there–a final round non-cooperative putter and some inability to play out of trouble.  This tournament would be the week that it would all come together.  He showed tremendous grit in the final round and drove the ball straight and true, made the short putts and the tough bunker shots to hold off a very game Charley Hoffman.  Hoffman put a lot of pressure on Speith as the final round turned into match play between them in the final round.  Hoffman was amazing as he lost a few of his drives to the left and made pars from everywhere on the course.  When a player is driving it erratically, you tend to have a false sense of security as the mind thinks he will not recover to save par.  It takes great concentration to stay focussed on what you are doing and assume that your opponent will recover or do something really special.  Speith maintained this level of concentration throughout the final round and you might think that these players can do this easily but the mind reacts to a default condition of security that has to be overcome.

Speith has demonstrated humility throughout his fall from the top echelon of  the golf world since his spectacular victory in the 2017 Open Championship.  It was a long way down to be out of the limelight as the pundits observed that he had “lost it” and might never get it back.  Patience, persistence and inner confidence are traits that guided Speith throughout the down period.  He knew he had to work hard on his game and explore the faults that had crept into his swing.  Playing at the highest level of golf while slumping in competition is a very difficult task and a very personal one.  It takes tremendous effort and talent to make the comeback as many players have never made it back to the top after they have fallen off the leader boards.  While Speith may have had his doubts about when the comeback might occur, he never doubted the skills that had vaulted him into his earlier success.  I believe that the game of golf has to be played with the glass “half full” in a way that draws on the foundation of success that enables the player to plot his way to improvement.  As in most professional sports, you have to know how to close the deal and not commit the unforced error of an errant swing on the holes coming in.  As Hoffman continued to close in and get to a one shot deficit towards the end of play, Speith just doubled down and made all the shots coming in. 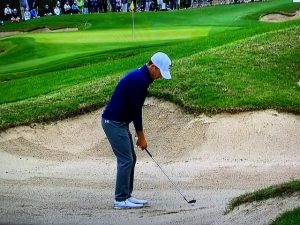 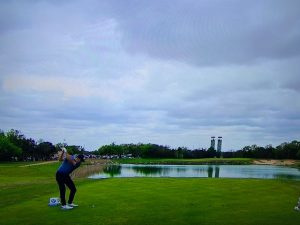 It’s great for the game that Speith is back on top as this victory vaulted him to the No. 7 position for the Fed Ex cup.  There’s a lot of golf to be played as the first major comes up this week in Augusta but it seems realistic to believe that Speith will be a factor in the event.  The ability to come through under the pressure and close out the Valero Open positions Speith to make some noise this coming week. 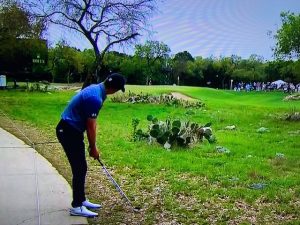 As for the Masters, last autumn’s rather boring affair will be more exciting as the patrons return to the course and the roars that will be inevitable during the upcoming week.  Course conditions will be completely different from the November and I suspect this tournament will be decided on the putting green.  There’s a lot of banter about this event which will be without an appearance by Tiger Woods and a fury of political mumbo jumbo on Georgia’s new voting laws, which I don’t think will be a distraction.  I am looking forward to seeing Bryson DeChambeau’s “secret weapon” and see if he tries to drive the first hole.  The patrons will be back at some level and hopefully, some of those roars will represent Speith’s continued momentum.