Hoge Breaks Through at the AT&T Pro-AM 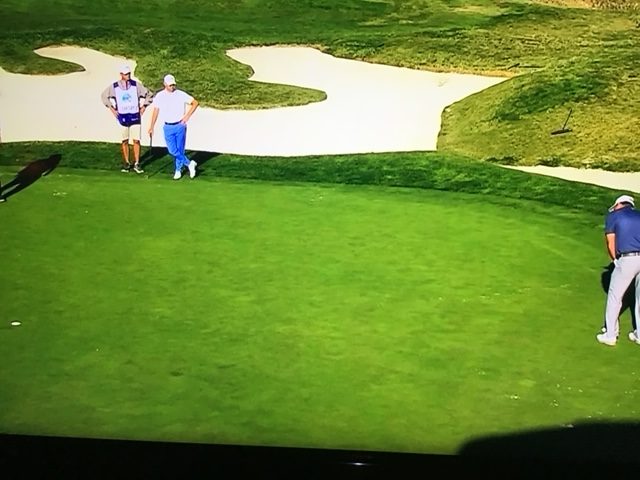 Tom Hoge, winless on the PGA Tour, tore through the curtain on the back nine on Sunday at the AT&T Pro-AM at Pebble Beach to win his first PGA Tour after 203 tour events.  Hoge has been a good player throughout his career but just had never broken through into the winner’s circle.  Hoge started quickly shooting 63 in the first round but had to grind it out on Friday at Spyglass Hill with a 69 to fall four shots behind the second round leader Seamus Power.  Hoge closed the deal with birdies on 11, 14 and 17 on the back nine at Pebble Beach on Sunday.  The putt on 17 was almost 25 feet and enabled Hoge to take a two stroke lead over Jordan Speith.  Speith played brilliantly in the final 36 holes and was 10 shots behind after the second round.  I believe he really likes Pebble Beach and went out to shoot 63 on Saturday to join a pack of players including Patrick Cantlay, Troy Merritt, Brad Hossler and Hoge.  The shot heard round the world was Speith’s tee shot at 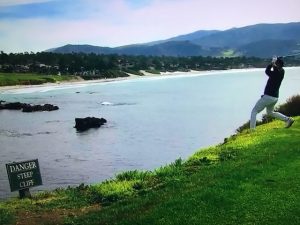 Pebble on Saturday on the eighth.  Speith’s tee shot was almost perfect but it ended up about a foot from the chasm below.  Hitting this shot required a decision of literally “life or death” as stepping into the shot brings the chasm below into full view.  One slip of the toe and it’s all over–the concentration to execute that shot was incredible.   Most players would have taken a penalty and dropped the ball backward into the end of the fairway and try to get up and down from 165 yards.  Speith’s caddy wasn’t in favor of his client hitting this shot but Speith felt he had enough support in his stance to take the shot.  I think most players would have taken the drop but Speith was able to execute the shot and make par from the right hand rough.  As he came to the 17th hole on Sunday with a one shot lead over Hoge, it seemed that the gods of golf were going to present this victory to Speith.  Well, unfortunately, Speith’s 7 iron was a bit off line to the left and the ball could not carry the required 180 yards to the green.  Speith, who is usually an outstanding bunker player, is near the bottom of the sand save statistics on tour, faced a decent opportunity for par and his shot was true to five feet but his short putt slithered by the hole and he found himself one shot behind playing the 18th hole.  His drive on 18  wasn’t quite long enough and his approach shot to the green seemed to hit something (maybe a stone or a piece of wood) and ended up in the seaside bunker about 100 yards away.  He needed at least a birdie but it wasn’t going to be and he had to settle for second place.  There was a general consensus that Cantlay, who had been lurking at the top of the leaderboard, all week would come through and lap the field on Sunday.  Cantlay seemed to suffer a similar fate to Seamus Power on Sunday–his normal steely demeanor and execution were categorically missing on Sunday and he limped in to a fourth place finish 4 shots back although he was in the lead at certain points in the final round. Conditions were just about perfect,  but there was enough wind on the back nine on Sunday, to wreak some havoc for the players.  The greens became pretty rock hard from four days of glorious sunshine that toughened Pebble on Sunday.  I was very surprised to see how many players were hitting the 18th green, which is usually a 3 shot hole to the green.  Conditions were just perfect as players consistently drove the ball 300 yards or more off the tee giving them the opportunity.  Seamus Power looked unbeatable as he conquered Spyglass with a 64 and then followed that up with another 64 at Pebble on Friday for a new two round record of 128.  Power looked confident and unbeatable-everything was working for him and the Irish native looked extremely comfortable that this could be a wire to wire victory.  Commentators were endorsing his candidacy for victory.  He would be playing the 3rd round at the “so called” easiest of the 3 courses–Monterey Peninsula Country Club.  Something really sad happened to Seamus on Saturday–it was as if PG&E pulled the plug on his golf swing and everything started to head left of center.  It was a “power outage” without a replacement transformer.  There were no leprechauns with pixie dust  to be found to sort out what was going on.  As is usual when this happens in professional sports, the pace of play accelerates and everything starts to speed up.  The player can’t really understand what’s going on and can’t fix it on the fly–where was the swing and putting stroke of the past few days.  Seamus bogied the par 3th ninth hole with an indifferent tee shot and 3 putts. He also bogied the par 3 eleventh hole with an errant tee shot.  Everything was going left and there was no stabilizer available–Power ended up shooting 74 at MPCC and followed it up with a final round 72–the luck of the Irish never returned and he ended up finishing ninth.    So much for the ease of MPCC.

The field at this year’s event was diluted with a number of touring professionals headed to Saudi Arabia to play in the Saudi International with significant money and appearance fees  available as an Asian Tour event.    Players such as Dustin Johnson, Bubba Watson, Phil Mickelson, Tommy Fleetwood, Shane Lowry, Xander Schauffele (Olympic Champion), Lee Westwood, Sergio Garcia, Paul Casey, Tony Finau, Mark Leishman, Kevin Na, Patrick Reed and others followed the money with purse and appearance fees to the Kingdom of Greg Norman and IMG.    The event had a tremendous finish as Harold Varner holed a 92 foot putt for eagle on the 18th hole to beat Bubba Watson by a stroke.  That particular putt was worth E$ 475,000 (almost $550,000) or almost $6,000/ft.  Bryson DeChambeau had to withdraw with injury and hopefully he’ll be ready to go when the entire tour returns to Phoenix for the Greatest Show on Earth this coming week. 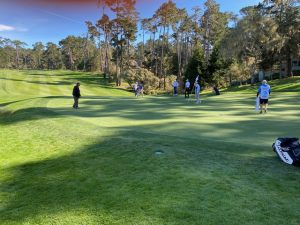