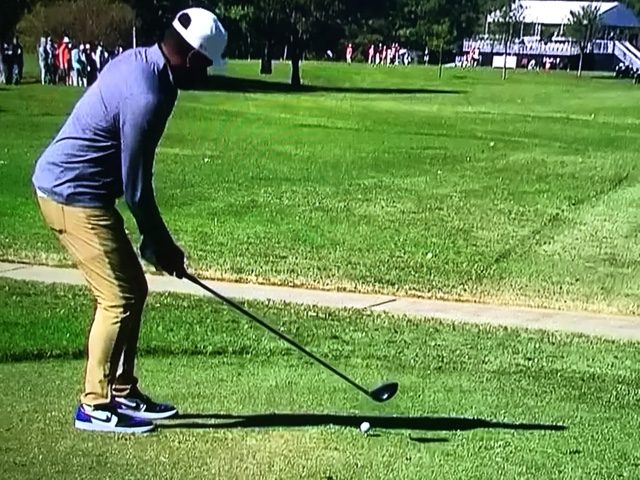 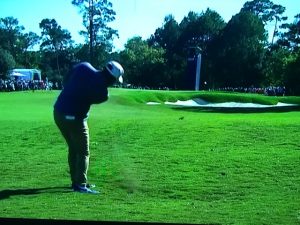 Tony Finau blitzed the field over four consecutive days in a wire to wire victory at the Cadence Houston Open.  Finau was completely on fire with an onslaught of accurate, long-distance driving coupled with a putter that was equally torrid.  Finau coasted to the four shot victory even with a few bogies on the back nine.  Competitors were playing for second place over the final 36 holes.  Finau is exuding significant confidence these days with four tournament victories in his past thirty tournaments on the PGA.  Finau’s swing seems to be effortless as he winds up his large frame and makes significant contact at impact to be one of the longest drivers on the PGA Tour.  Finau had been remarkably inconsistent winning only once on tour prior to 2022.  He has now won three events in 2022 and has risen to No. 12 in the world rankings. By all measures, Finau has had a successful PGA Tour career but now seems to be stepping up to a new level.  He seems more confident in his ball striking and recently putting has been pushing him to new achievements.  We may remember that Finau was in the final group of the 2019 Masters playing with Tiger Woods and Francisco Molinari, who has leading the tournament going into the final round.  Molinari continued to hold his lead as the group approached Amen Corner.  As they approached the infamous par 3, 12th hole (Golden Bell), the winds swirled inducing considerable doubt with respect to club selection.  The pin was in its usual diabolical position over the bunker on the right side of the green.  Pitching wedge?  Nine iron?–who knows?  The group playing in front of the final group all managed to knock it into the pond.  You would have thought that this information would have some impact on the final group but ……..Molinari, the leader, went for the pin and splashed it into the pond.  You would have thought Finau would have decided to play it safe and stay in contention..alas, another pitching wedge into the drink.  Woods got up to the tee in full confidence, he got it exactly right and placed his tee shot safely onto the left side of the green and with a two putt par, he was on his way to an improbable Masters victory.  I’m sure Finau learned quite a bit from that affair but it has taken a lot of work to get to this point and now its paying off for him. 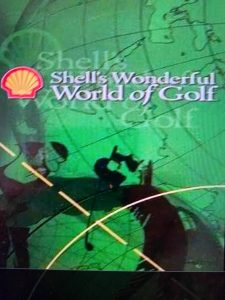 The Houston Open used to be a warmup for the Masters with the tournament played historically in the April time frame.  The Tournament was historically known as the Shell Houston Open and Shell was the longest sponsor of professional golf on the PGA Tour.  It’s obvious to me that recent Shell management were not golf fans.  Shell stopped sponsoring the tournament as Shell Management cited a decline in business and cost cutting measures required to address those issues as reasons for ending their sponsorship.  For those of us, who have been around for a while, we can remember Shell’s Wonderful World of Golf, which promoted competitive two man match play among golf’s elite of the day.  Shell’s WWG was my first exposure to golf watching it on black and white television at age 10 with the muttering and whispering comments of Jimmy DeMaret. Raised as an inner city child who did nothing but play baseball, basketball and football, I thought golf was stupid and ridiculous.   In those days, the loudest noise on the golf course during a WWG match was the hooting of an owl or the melody of a songbird.   Shell’s business is currently booming with the current energy crisis, which makes this decision rather silly especially when the oil business has experienced many booms and busts over the past 30 years.  I played in a number of Shell Houston Open pro-ams and the luster of this grand event has dimmed a bit with its position on the PGA Tour schedule.

We’re in the quiet period of professional golf tournaments as all the major events have been completed and the new season has kicked off.  LIV professionals continue to pop off about the amount of money they’re making on this tour as they continue to lose the opportunity to gain points toward qualification for the upcoming majors.  Just like the US mid-term elections, perhaps the tone and vitroil of the rhetoric is starting to abate a bit.  Perhaps the tours will start to figure out how to reconcile a solution.  Major decisions are pending by the Masters and the USGA as to whether LIV players will be able to compete in those events.  I believe the R&A intends to allow those LIV players to participate in the Open Championship.  There are also some rumors that the Trumpian leader of LIV, Greg Norman, might be stepping aside.  A more collaborative leader for LIV might be able to negotiate a solution to both tours.  LIV needs mainstream television for eyeballs and there is another rumor that Fox will take this challenge.  Anyone who reads these posts knows my opinion about Fox covering golf, so if I were LIV I would be looking in a different direction as it’s difficult for me to swallow Fox Sports generally and golf would be worse than a bad mouthwash.