Victor Hovland is the Hero in the Bahamas 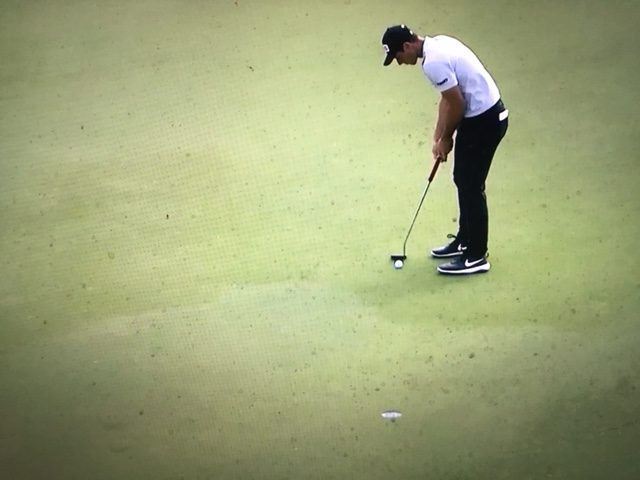 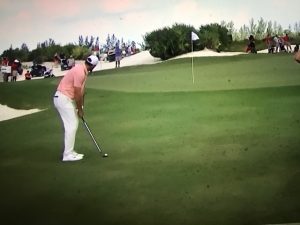 The Hero Challenge is a year end very unusual special event hosted by Tiger Woods.  The tournament took place at the Albany Golf Club in the Bahamas.  This is a terrific event for television as the tournament features the top 20 ranked professionals on the PGA Tour.  Due to the size of the tournament, the TV viewer is treated to seeing most of these professionals hit all types of shots  There were a few notable absentees such as Rory McIlroy but Victor Hovland and Scottie Scheffler put on quite a show.  Scheffler would have regained the No. 1 position in the world with a victory but Hovland was steady eddie in this event and came across with the two shot victory.  The first two days of the event tested everyone’s nerves with very windy conditions and wetness causing “lift, clean and place” to come into play.  The “lift, clean and place” condition kept the course playable and enabled scores to stay on the low side.  Windy and rainy conditions abated in the final two rounds  but there were a number of mud balls that impacted play on day 3 as “lift, clean and place.” was no longer in effect.  Golf balls do some strange things when covered with a foreign substance.  The mud ball rule was in place for everyone but some luck was brought into the event.  Hovland won the event with impeccable driving missing only 7 fairways over the 72 holes and terrific putting (23 putts in round 3).  He was undaunted in his approach and when Scheffler powered in a chip for eagle to tie on Sunday on the sixth hole, Hovland calmly poured in a 20 ft. birdie putt on top of Scheffler’s eagle to resume a one shot advantage.  Impressive stuff by both guys was on display throughout the weekend.  Schffler was no slouch either and he was breathing fire down Hovland’s neck throughout the final round but Hovland responded every time.

I found the TV coverage to be quite entertaining for this event.  The ability to follow 20 players around a reasonably difficult golf course and watch them play a variety of shots including chips and iron play out of trouble is something that you only rarely see in the coverage of a mainstream PGA event.  The other unusual factor in this event was that there was no cut so all 20 players competed across the 72 holes.

We certainly received some poignant news from Tiger Woods as the tournament began regarding his ability to play.  Tiger essentially has admitted that he really can’t play anymore on Tour.  He has all the shots, the swing, the putter, the short game and all the rest but he physically cannot walk the golf course.  The news is not really a surprise since it’s pretty obvious that Tiger is always in some degree of pain while walking the course.  He has given it way over 100% effort to play and he probably has the best physical entourage available in any sport, but the injury seems to be beyond repair and further surgeries.  Life throws a number of punches at us and certain situations simply cannot be overcome.  I now believe that Tiger would have been the best player the game had ever seen but this now has to be viewed with the word “potential” as he is no longer capable of capitalizing on his skills with this physical condition.  He will forever be revered as a player and a competitor in the game of golf but the physical conditions that resulted from his adventures in life will deprive him of this absolute designation.  He will continue to be a major force in the game especially as the PGA Tour seeks to match wits with the LIV bunch and get professional golf on one page prospectively.