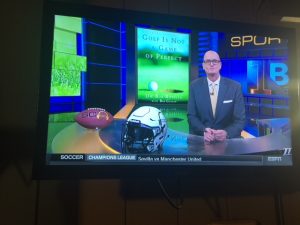 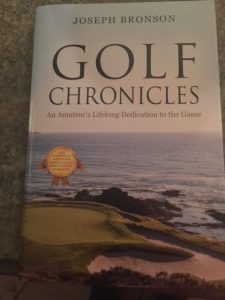 On May 1, 2017, we wrote a blog post on the plight of Lexi Thompson who lost a PGA event after being penalized for a putt that was allegedly mis marked.  The penalty was a result of a TV viewer calling in the infraction to tournament officials.   It was a pretty ridiculous call without local officials or referee noticing the problem.  Thompson had no intention of placing the ball in an advantageous position.  She was penalized four strokes for this alleged infractions and lost the tournament.   In the 2016 US Women’s Open, Anna Nordqvist  was penalized when a TV high speed camera detected that she hit a grain of sand in her takeaway at the 17th hole in a playoff costing her a chance at the championship.  I was at the event standing 20 feel away from her and the human eyeball could have never seen that particle of sand.  Can you imagine a TV viewer calling in an illegal shift in an NFL football game which officials accept and penalize a team causing them to lose the game?  The couch potatoes at home have been doing this in golf for years and rules officials had been receptive to these actions.  Finally, finally!–the USGA has curtailed this madness-no call in penalties from television viewers will be accepted–phone calls to tournament officials will go unanswered.  There also will be no penalty for signing an incorrect scorecard a player didn’t know at the time was incorrect.  It’s amazing that this rule wasn’t implemented a long time ago.  The USGA finally got it right and tournaments will be equipped with replay, if necessary, and tournament officials will now make all decisions rather than couch potatoes.  Quote from Lexi Thompson, “I applaud the USGA and R&A for their willingness to revise the Rules of Golf to address certain unfortunate situations that have arisen several times in the game of golf.”  “In my case, I am thankful no one else will have to deal with an outcome such as mine in the future.”  Well said by a classy lady without any sour grapes.  It’s great that the USGA and the R&A have ended this madness demonstrating relevance to improve this great game.

ESPN did a nice job explaining the circumstances of this rule change in the backdrop of the book by Rotella, “Golf is Not Perfect.”

I will now be able to revise my new book which contains the stories of Nordqvist and Thompson’s plight with a happy ending.