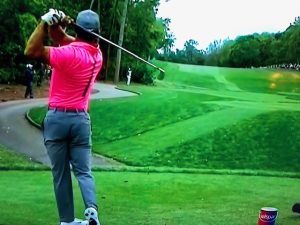 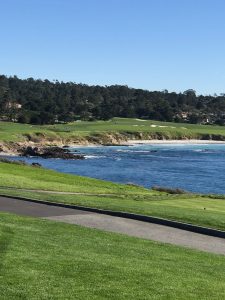 I thought we had covered this topic in the preceding blog post but it seems that the award is yet another divisive political hot topic.  Wood’s achievements in golf require no interpretation.  It will be argued for years to come whether he or Jack Nicklaus will be designated as the greatest golfer in the history of the game.  The nice thing about golf is that there is no “fake news” or interpretations of performance.  It is an individual game where only your individual skill and competitiveness determine the outcomes and measures of performance.  There is no doubt that Woods meets the criteria for the Medal of Freedom award having overcome serious obstacles of adulterous behavior, physical disability and injury to win his 15th major championship this April at the Masters.  Most golfers who play the game couldn’t overcome any one of these obstacles to reduce their handicap by a stroke or two, let alone win a Major Championship.

Nevertheless, as we try to take a politically neutral tone here, the divisive nature of opinions in this country overshadow Wood’s Medal of Freedom award but certainly not his achievement.  Instead of focusing on the Award and what it represents, the New York Times headline is, “In Wood’s Heroic Comeback, Trump see and Investment Paying Off.  Woods is stoically silent about his support for the incumbent President but has business dealings with him (through a golf management venture) as he  is designing a golf course for the Empire.  Woods states that he supports and respects the position and the office of the Presidency and offers no evidence of political support but his actions are viewed otherwise.  The recent trend of this Presidency is that most championship teams eschew invitations from the White House or they’re not even invited.  The Baylor NCAA Women’s NCAA champions looked like they were forced at gunpoint to attend a ceremony at the White House.  The Medal of FreedomAward transcends politics and the critics need to focus on Tiger’s achievements.  Jack Nicklaus, Arnold Palmer and Charlie Sifford are the other golfers who have won the award but as deserving as they were in the own right, none of them have overcome the obstacles that Tiger Woods endeared to complete this comeback   The other interesting tidbit here is that the public is universally behind Woods getting this award–it “trumps” politics and is a positive statement for humanity.  This society needs more of these type of achievements irrespective of one’s political views.  The media could have also taken the high ground and focus on the achievement instead of drawing attention to another series of Presidential tweets.

What I call, the “orphan” Major-The PGA Championship will be held during the second week of May at Bethpage Black in Long Island.  The event is being moved from the “dog days of summer” from its August slot to try to regain its stature from “Minor Major” to Major.  The only problem that I see with this as that all major championships will be completed by the end of July:

My concern was that interest in the professional game will wane and have a potential negative impact on the tournaments that follow July.  Most recently, the Tour Championship events have provided  excitement as players get focussed on the Tour Championship  leading to the Tour Championship at East Lake Golf Club in Atlanta.  It remains to be seen whether the PGA can muster some support but the venue at Bethpage Black should make it a compelling event for the golf fan.

The US Open returns to Pebble Beach as the course turns 100 years in 2019.  This year the excitement will be frenetic as Tiger Woods comes off his Master’s victory playing well and will certainly be viewed as a contender.  Tiger won the event at Pebble Beach in 2000 by 15 strokes over his nearest competitor as he was at the height of his golfing prowess under the able tutelage of Butch Harmon.  The rest of the US Open field did not even break par during the tournament.  The last US Open at Pebble was won by Graeme McDowell as Dustin Johnson imploded after leading through three rounds.  It’s going to be difficult to predict a winner as I suspect the course will be set up with the rough high and the fairways narrowed.  The wind will be a factor throughout the event.  In 1992, the wind howled and Colin Montgomerie was in the clubhouse early with a posted score of even par.  Tom Kite was in the final group and the gods of golf were smiling upon him that day.  On the treacherous 8th hole, Kite went pin seeking and his ball came up short and nearly crossed the ocean hazard.  In non-USGA tournament conditions on any of the 365 days that golfers transverse the Pebble Beach layout, Kite’s ball would have been in the ocean and that would have put an end to his US Open challenger.  However, the USGA grew the rough to knee high length and Kite’s ball was actually saved from the abyss by the high rough where he was able to escape.  It’s going to be difficult to predict a winner here but you can bet that the galleries will be cheering for Tiger.  The winner will have to be accurate and stay out of the rough.  The long hitters will have to be accurate.  Dustin Johnson has had success at Pebble but he imploded during the 2010 event.  The boomers of the golf ball will not have the advantage that they usually have on the PGA Tour as the rough will cost the player a 1/2 or a full stroke throughout the event and I believe the wind will blow hard and be a factor.

Update:  Through the Green

We continue to struggle with publicizing the book in a big way but book sales have exceeded expectations for both Golf Chronicles and Through the Green.  We’ve been trying to penetrate the golf publishing world but the barriers are very high to entry.  Through the Green has been nominated for two writing awards in the Sports/Recreation genre category and we’ll find out the results in the fall.  To date, we’ve generated about $35,000 for university golf programs and The First Tee.  I’ll bet Colin Kapernick’s book sold more than that in the first 1/2 hour from his book’s publication.  Nevertheless, we’ll keep looking for getting maximum exposure to continue to benefit golf programs and penetrate the world of golf publications.