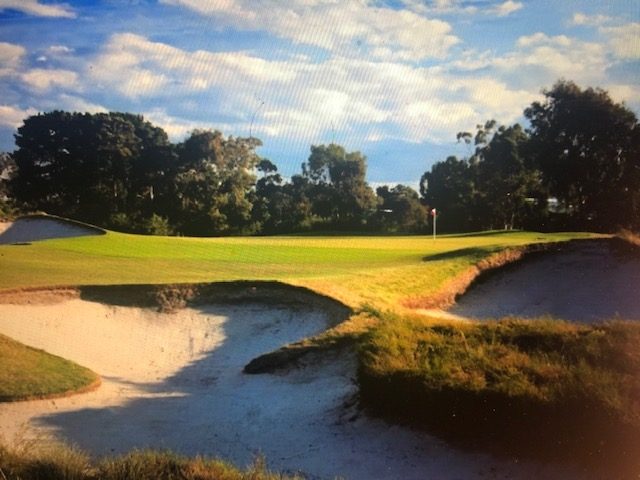 The President’s Cup is the bi-annual match play pitting the United States against the Rest of the World (“ROW”) excluding Europe.  Europe plays the United States in the bi-annual Ryder Cup matches.  The formats for the match play event are actually the same but the events are very different.  This will be the 13th event in the series spanning 26 years.  The USA has won 10 of the first 12 matches with one tie.  This blog post is written to illustrate two main points:

The President’s  Cup started in 1994 and was played in Gainesville, Virginia at the  Robert Trent Jones Club.  The honorary chairman of the event was President Gerald Ford.  Ford was an athlete and an enthusiastic player but his golfing skills were rather marginal as many galleries in those days can attest to.  The event is a match play event in the same format as the Ryder Cup.  The President’s Cup has never been a major marquis event for the PGA Tour and perhaps that is because the US has won 10 of the twelve matches losing only once.  Team Golf is a difficult endeavor as many college golf coaches can attest.  .  The captains have to pick the top 10 qualifiers from points earned on their respective PGA tour schedules and then have two optional picks to fill out the team.  My opinion is that the USA team will always have the depth and experience to be the best competitors available.  The USA team also has a common PGA tour experience and the players are generally competing with each other every week in the US.  The ROW team or the Internationals as they are called, have some players that compete on the US tour but some of the players compete on the Australian, Japanese, or Korean PGA tours.  The competition on those tours is very good but professional golf is also a pyramid and the US PGA tour has the best players playing it.  International players such as Adam Scott, Hideki Matsuyama, Jason Day, Louis Oosthuizen are fixtures on the US PGA tour.  The difficulty for the Internationals tends to be depth and I believe this is the major reason why the results of the matches have been so lopsided in favor of the USA.  It is also difficult for the Internationals to mesh as a team since they are representing countries from Asia,  South Africa, South America etc. where cultures and norms are very different.  Meshing those players as a team has to be a difficult proposition.  There is an interesting parallel to the results of these matches and the early days of the Ryder Cup where the US competed against only Great Britain and Ireland.  In that situation, the US simply had too much depth for the GB&I despite the similarity of their norms and culture.   In 1979 the Ryder Cup changed where the US would now compete against Team Europe.  The results for Team Europe have been enormously successfully and dominating in the event for many of the last 40 years.  Many of the European players compete on both the US and European PGA Tours, which gives the Europeans a distinct advantage in understanding the courses and many of them that play both tours share cultures and norms of the political European Union giving the Europeans the ability to come together as a team.  The USA team, despite being the superior players in the past few years, can’t seem to figure out how to beat the Europeans.  The Internationals will have to find their own formula for successful and if there is anybody that can do it it will be Captain Ernie Els.

The 2019 event will take place at Royal Melbourne Golf Club in Australia.  The Alistair McKenzie course is where the Internationals won their only event at this venue in 2011.  The USA team will be strong as usual from 1-10 and once again have the depth advantage.  This year the team’s captain is Tiger Woods and perhaps this will add some sparkle and publicity to the event (which badly needs it).  Woods is not only the Captain but decided to select himself as one of the two captain’s picks.  Woods chose himself and Patrick Reed and decided not to select Rickie Fowler who was actually ahead in points over Reed.  I applaud what Tiger has done here since he just won a tournament in Japan and is putting very well at the moment. Reed is a proven excellent match player having had significant success in the Ryder Cup.   Putting is what wins in these type of matches and irrespective of how he plays in the event, the mere fact that he is playing is bound to increase the “eyeballs” tuning into the matches.

The President’s Cup will never match the Ryder Cup for interest and fan following but this one will add some spice with Tiger as Player Captain.  I’m going out on a limb and picking the Internationals to win their 2nd President’s Cup. 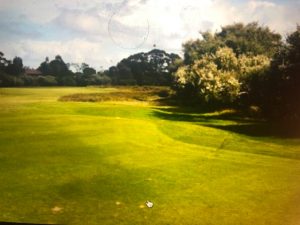 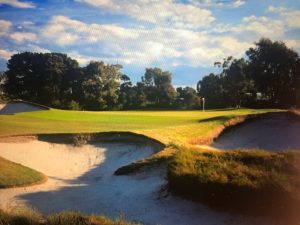 ← The Business of Golf...et al One Ball Rules →