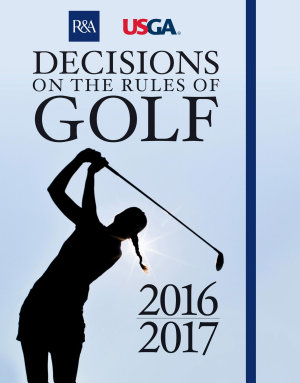 Russell Henley, PGA Professional, showed up hopefully for the Mayakoba Classic in Mexico last week and was looking forward to the event as he’s been playing well recently. After his warm-up, he was signing golf balls for fans-a routine affair for the PGA professional of some repute.  One of the balls that would eventually end up in his golf bag was slightly different than the Titleist ball he normally uses.  The abnormal ball was still a Titleist but had some different markings than the other balls in his bag.  Hah!–the gremlins of the PGA Tour come out of the woodwork.  Perhaps they didn’t get enough candy on Halloween and it was time to play a trick on Henley.  The PGA Tour has something called “the one ball rule”  whereby players can only use one specific brand and model of ball during a round.  I believe the operative word here is “model” since Titlelist, Callaway, etc. have different models of balls in their product lines.  The Rules of Golf are cryptic on this point as Rule 20-3 is operative, “Situations not covered by the rules….” in which case the PGA Tour rule governs tournament play.  The penalty for playing a different model ball is 2 strokes per hole if the ball is different from the other balls in the bag.  The punishment is eventually mitigated to a total of 8 penalty strokes maximum in a round, which is certainly enough to punch out a contestant in a PGA Tour event.  The gremlins probably applied some pixie dust to Russell’s brain as the ball (s) infiltrated his golf bag to the point that he didn’t know if he used different balls or not.  Perhaps the pixie dust was also applied to his caddie’s brain as I can’t believe that a caddy who is forever cleaning and wiping the golf ball on the green couldn’t relate to his master that he was using the wrong ball.  In any event, Henley was sufficiently confused and confessed, that while he didn’t know if he used those balls, he decided that he must have and he self reported the infraction to tournament officials who mercilessly imposed the 8 stroke penalty to his round without fear or favor.  The Rule is inane to say the least but it should be easy for the player to figure this out and comply with the nonsense.  The great part of the story is that Henley did the right thing.  He self reported the infraction and his good round of 69 became 77 and he went from playing on the weekend and earning a check to a trunk slamming no payday weekend.  This is the great part of golf that is missing from today’s society.  Henley took responsibility for his mistake and didn’t try to cover it up and make the cut and keep playing.

We now turn to the plight of the rest of us that play this game.  It turns out that recreational players and amateurs or even professionals that are out for a casual game are not tortured by this rule.  Balls of all kinds can be taken out or put into play for any reason without any penalty.  Whew!–I was just about to add 8 strokes to my handicap index.

In competitive situations such as amateur competitions, there are many topics in the Rules of Golf that govern the ball so these should be taken seriously in competition.  Stroke and match play competitions may have different rules pertaining to the ball among other things.  There are certain amateur players that like to intimidate competitors with their knowledge of the rules to try to impact their performance.  It takes a steely demeanor and focus to resist this type of behavior, which might be interesting but takes the sportsmanship out of the competition.  Seve Ballesteros was one of the greatest players of our time but he certainly enjoyed trying to “game” his competition especially in Ryder Cup matches.

Hats off to Russell Henley–it was a costly mistake and the PGA Tour rule is inane-but he did the right thing.  I’m sure that the gods of golf will repay him down the line.