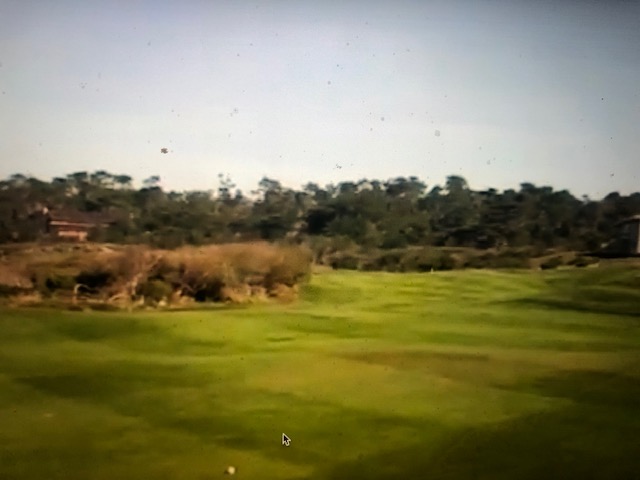 There is a lull in the prominence of the golf world as we approach the winter months.  Most of our attention is tuned in to College Football and the NFL.  The weather in most of the country requires the golfing public to put their clubs away and even the Fall collegiate golf season ends at the end of October.  For me, playing in the East Coast ended on Columbus Day when drives in the fairway took five minutes to find under the sea of fallen leaves.  Meanwhile Brendon Todd is tearing it up on the PGA Tour with three wins in the fall season marking a tremendous comeback after years on the minor tour circuit, injuries and coming back from a bunch of adversity.  Todd’s great play is somewhat obscured by the time of the year but is a great “feel good” story and achievement.

We’ll be treated this week to the 2019 President’s Cup from Down Under at Royal Melbourne.  Tiger Woods is the Team Captain who selected himself to play as the last Captain’s pick essentially over Rickie Fowler.  Well now, Fowler is back in as Brooks Koepka has had to withdraw from playing due to injury.  Huge controversy!!  Adam Scott doesn’t want Australian fans to cheer for the USA or Tiger–yawn!  The question really is-doesn’t anybody even care about this event?

As the weather is horrible all over the country (including California), this week’s post is a review of Spanish Bay Golf Links in Pebble Beach.  Spanish Bay is viewed as the poor cousin of the Pebble Beach Golf Links and Spyglass Hill, which are two of the most iconic golf courses in the world.  There tends to be two schools of opinion on Spanish Bay as either players love it or hate it.  Clearly, the long hitters need to leave their drivers out of the bag.  This course rewards shotmaking, chipping and putting.  The driver is probably only required on holes 1, 5,12, 15, and 17.  There are some very strong holes-5, 7, 12 and 17.  The course is visually spectacular particularly as you approach the Pacific Ocean at the end of the back nine.  The course was designed with special attention to the local environment as there is very little rough but a lot of sand and unplayable lies that will punish shots that are off the fairway.  High handicappers can lose a lot of golf balls here. A few examples of some of the holes follow:

The first hole is a par 5 of 500 yards clearly reminds you of playing in Scotland with a generous fairway that continuously narrows until you hit your approach shot.  The approach must be accurate as bunkers are well positioned to catch errant shots.  Even approaches that land on the right side of the green will fall off to a bunch of spinachy, yukky rough.

You now put your driver away until the 5th hole.  The second hole is a short par 4 of 289 yards.  The best play is an iron (five or six) to the 100 yard marker where you can hit a full shot wedge to an elevated green.  Any shot off the fairway on this hole will result in a big number on the card.

The third hole is another short par 4  that doglegs to the left where a 3 wood or utility club of 175 yards clears the two bunkers guarding the center of the fairway.  The shot will be rewarded with a short pitch shot to the green for a birdie opportunity.  Some of the long hitters will attempt to drive the green but it seems to me to be a low percentage shot as any misses will end up in a pretty difficult spot.

The fifth hole is a strong par 4 of 432 yards.  To conquer this hole, you will have to clear  the three bunkers in the center of the fairway to have a short iron to the green (over 260 yards).  There is bailout fairway area on the left to disable the opportunity of landing in those bunkers but you’ll have a shot of 190 yards to the green.  The green is immense a la St. Andrews like with a lot of undulation–this is a strong hole.

Onto the 7th hole where the long hitter has a decision to make.  There is a hazard that crosses the fairway at the 260 yard level with 300 yards required to clear that hazard.  Players will drive the ball with a 3 wood or utility club as far as possible to the position and then a 7 iron or shorter can reach the green.  Drives hit to the left will be “toast” in the reeds and drives hit to the right may require a layup shot to clear the hazard–another strong par 4 hole, which can be punishing to the high handicapper.

Fast forward to the par 4, 432 yard, 12th hole, which, in my view, is the strongest hole on the course.  The long hitter can hit the driver as far as possible as the hazard guarding the approach shot is 290 yards from the back tee.  There are two menacing bunkers on either side of the fairway at the 250 yard mark that will catch many drives.  Any ball placed in this bunker will require a 175 yard shot to the green, which is not a great percentage shot.  Another large green requires some pretty good shot making with the approach shot to avoid double bogeys or worse.

The course links down to the ocean from the 14th to the 17th holes and the views of the Pacific are spectacular as the holes continue to wind down to the 17th tee, where you are close to the beach.  The 14th is a long par 5 sloping a bit downhill of 574 yards, which gives you the feeling once again of being in Scotland or Ireland.  The 15th and 17th holes have similar designs with dunes surrounding the fairways with the 15th being considerably shorter than the 17th.

Unfortunately, the 18th hole makes my list of one of the worst holes in the world list.  There is nothing here for anybody.  The long hitter can’t get home in 2 shots.  The long hitter has no angle to drive the ball and the best you can hope for is a drive to the right side of the fairway.  The hole offers nothing to the shotmaker–you have to hit two perfect shot to a hole that doglegs to the left at 90 degrees for the third shot onto a degree that is largely vertical with no depth.  Many decent shots will release to the back of the green.  The hole is visually horrible with rough and garbage throughout.  This hole is a nightmare for the high handicapper.  The designer could have sculpted this hole differently and pushed the green further to the right  (change the angle from 90 degrees to 120 degrees or a bit more) with better depth to make it a very good 3 shot hole for all skill levels.

Despite the 18th, I like playing Spanish Bay.  It is understated but classy in the end.  The respect for the environmental areas, some wetlands and links design makes the course a very interesting experience. 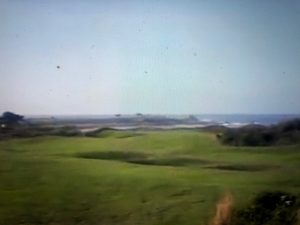 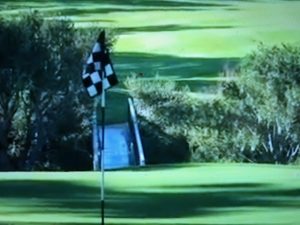 Behind the 12th green 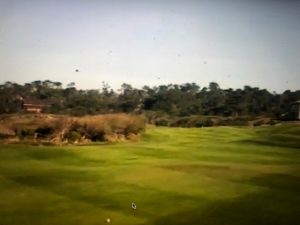