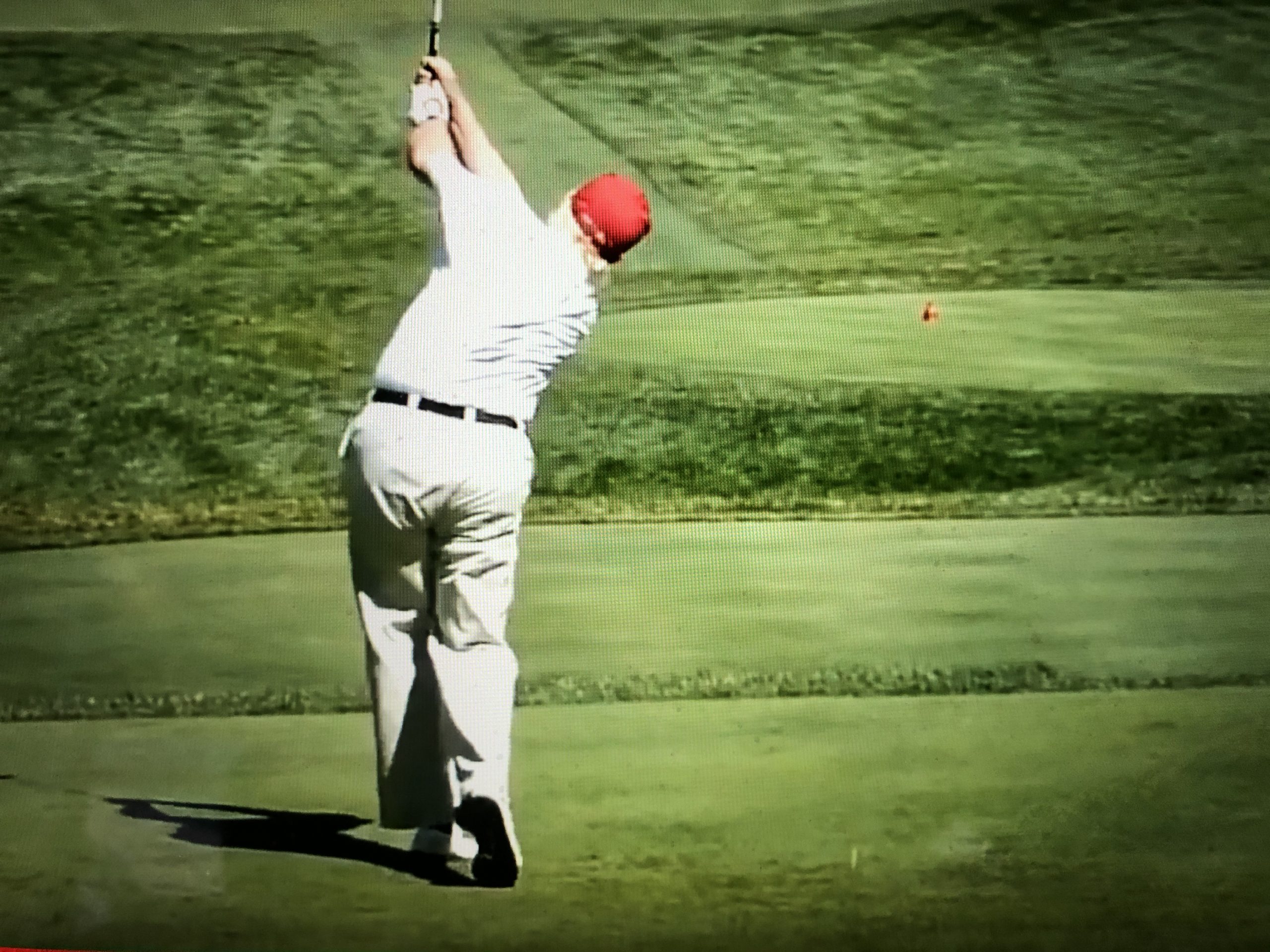 We had another zoom phone call this week with Shivas Iron, President, Director and newly minted Club Professional. There was no video for this call either and the dial in number was 23 x’s. Shivas was his usual chipper self…how ye doin wi yir game? R ye havin fun?    We told him we were being forced to give up the game for the time being.  Shivas responded, “Ayee..a terible shamee.”  We understood that Corona was acquired by Amazon this week for an undisclosed sum. We also discovered in 8-K SEC filing that Corona was becoming the headquarters and distribution center for all Amazon’s toilet tissue products. However, despite all of this activity, Corona’s location is still not disclosed and we still don’t know where it is. We asked Shivas about the World Match Play event and he stated, “Ah..match has begun an fist three holes are completed. Rachel Maddow and Sean Hannity could not agree on their course reporting assignments so they have been replaced by Amazon drones. Shivas is rapidly becoming technology savvy so this event can be completed.

The World Match Play Event is a unique in a number of different ways. Contestants can only play by themselves without caddies, scorekeepers, marshals etc. There are no hospitality tents, food courts, autograph sections etc. because no one is allowed to watch the event. Scoring is on the honor system in keeping with the best spirit and ethics in the game of golf. The participants had arrived and Corona erected special hospitality sheds for the their overnight accommodation. The sheds are stocked with pre-cooked healthy meals provided by Amazon. Rumor has it that Augusta National has donated ham and cheese, pickle and pimento and peanut butter and jelly sandwiches to Corona for the event. There is kim-chi for Mr. Kim and some special orders of Grey Goose vodka for Mr. Putin and Lipton Tea for Mr. Xi. It was the best that could be done in these circumstances. The participants clandestinely arrived by helicopter directly to the first tee where Mr. Trump had the honor. The players have to play alone so when Trump completes the first hole, Mr. Kim will tee it up followed by Mr. Putin and Chairman Xi. Since all the participants have to walk and carry their own golf bag, it was decided that the match would be played in six days with 3 holes played per day. Mr. Trump has not walked a golf course since he was 11 years old but he is undaunted and invigorated with the idea that he and Mr. Kim will bring home the trophy.

There is an unconfirmed rumor that Mr. Trump has resigned from the presidency of the United States in order to take a shot at the US Senior Tour and take on the likes of Bernard Langer, Ernie Els and Fred Couples. Trump actually used most of his presidency to prepare for this quest as he has reduced his handicap from 2 to +1 in the last three years. The first hole is a par 6 of 717 yards, which is pretty straight forward hole with bunkers surrounding the green. Trump is dumfounded as Shivas presents him with a fresh package of gutta percha balls specially imported from a little known operation in Scotland (Burning Bush Golf Balls, Inc.). The glistening souped up Titleist Pro V’s will have to be put away. Undeterred Trump unleashes a mighty blow with the driver and the ball comes to rest in the middle of the fairway some 250 yards off the tee. Not bad for gutta percha…His third shot ends up in a deep pot bunker on the left side of the green.  At this point, it seems that the drones have been deprogrammed as Trump seems to be in that bunker for quite a bit of time. Trump jumps up with glee after 5 minutes as he holes the bunker shot for a birdie 4. However, Shivas’ face is incredulous as Trump reports the 4 to the drone assigned to this hole…aye…twas a 9! Teammate Kim is raring to go.  He takes a mighty swat at the gutta percha and the drive also goes about 260 yards. Kim has 457 yards to go and he takes another mighty swat with his 1 iron. He is highly trained on the 1 iron since he was told many years ago that only God can hit a 1 iron–so no problem for Kim–holes the 1 iron from the middle of the fairway for an albatross 2.
Shivas shakes his head in complete disgust…”oh ya….how did ye di that?  Putin is up next on the first tee. He has requested a horse to carry him around the course but this request is against the rules…he also wanted to play bare-chested but Corona’s dress code requires shirts with collars. Putin steps up the tee with the gutta percha in hand and places it on the tee and takes a mighty cut. The ball lands about 150 yards down the middle of the fairway–after 25 minutes…Putin holes out for an 11. He is all smiles as he leaves the green until Shivas tells him that more strokes taken on the hole is not going to win the event. Putin is befuddled but he’s beginning to catch on. Teammate Chairman Xi-steps up to the tee and grabs the gutta percha from Shivas and places it on the tee. He seems to be annoyed to be here but he has to demonstrate world dominance and golf will not be an exception. For someone who hates the game, his drive is full of anger and lands 300 yards in the middle of the fairway. He’s not sure of what to do next so a few five irons gets him to the green in 3 shots and he two putts for a par 5. Maybe this game isn’t so bad after all.  Shivas looks on in amazement–it has taken nearly 2 hours for the participants to play the first hole..

Shivas is exhausted…what did get himself into? Corona’s 2nd hole awaits the participants. The 2nd hole is a mirror image of Augusta’s Golden Bell 12th hole. The hole measures 241 yards with the pond in the front of the hole and a bunch of menacing bunkers through the back of the green.

The World Match Play will continue as a number of pop-up ads from Amazon are released.