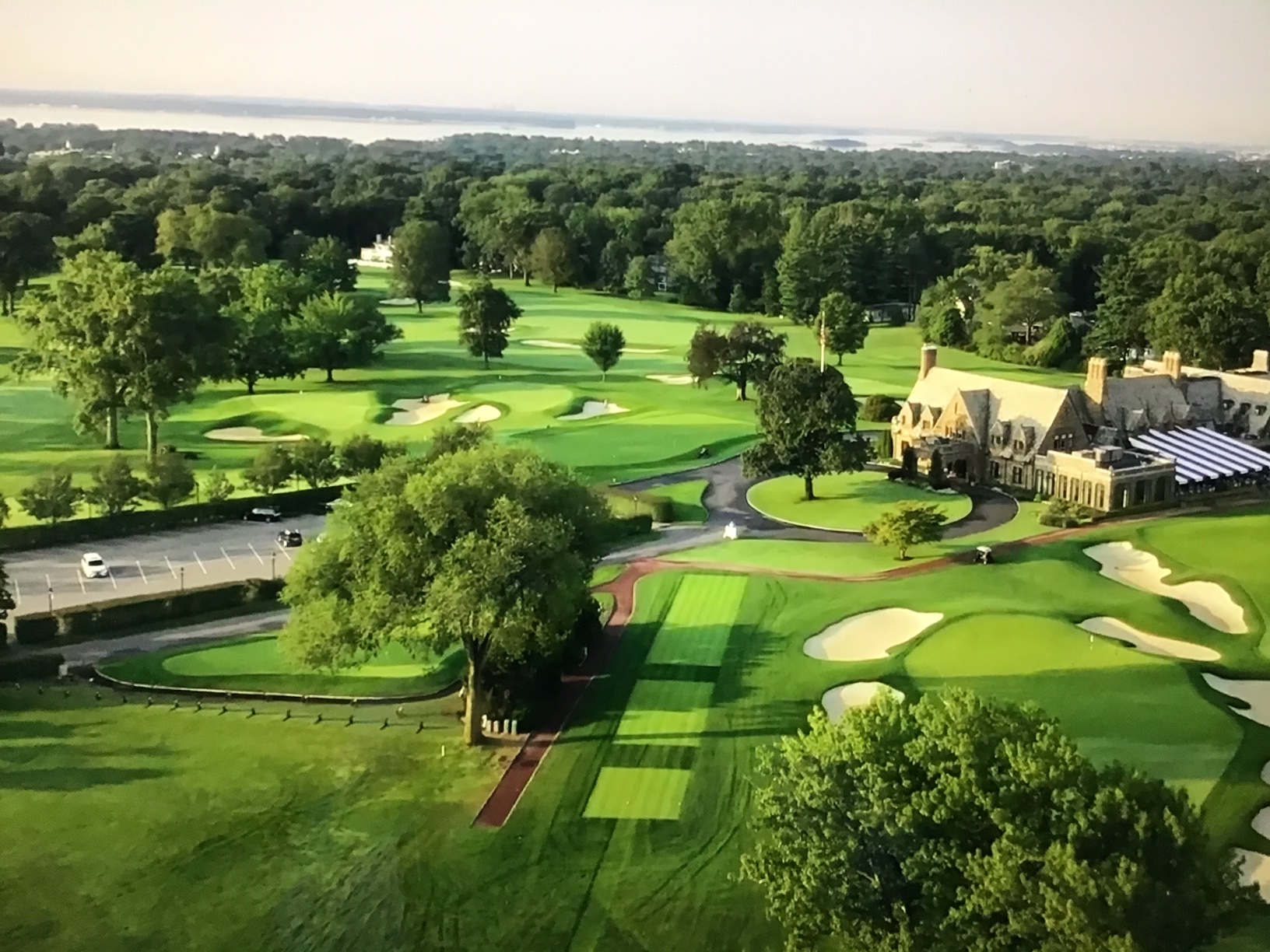 I’m going to go out on a limb and predict the winner of the 2020 US Open will be Winged Foot Country Club.  This is probably one of the few times where the professionals are actually concerned about playing a golf course.  I am predicting carnage with a winning score of even or a few over par.  It could be a bloodbath if the rough is up.  Weather conditions are currently favorable to growing the rough with lightning fast large greens will present a significant test to the field.  This will be the 6th US Open to be played at Winged Foot and all of them have been memorable.  One of the most memorable was the duel between Fuzzy Zoeller and Greg Norman in 1984 which ended all square.  Until recent years, playoffs for the US Open championship were played as 18 hole stroke play on the Monday after the final round.  Norman holed a 30 ft. putt on the 18th hole to to catch Zoeller.  It was such a great putt that Zoeller waived a white towel congratulating his competitor prior to hitting his own approach shot to 18.  This was clearly a classy demonstration of sportsmanship especially with a US Open on the line.  Zoeller could not hole his birdie putt and the 18 hole playoff was on.  Zoeller blitzed Norman on that Playoff Monday shooting 67 and winning the championship by 8 shots.  In the playoff Norman returned the white towel favor to Zoeller congratulating him on his fine round as they both strode up to the 18th green. In the 1959 event, Billy Caspar refused to take aim at the treacherous 243 yard, par 3 and played it as a pitch and putt all four days and made four pars.  He went on to win the event.  We all seem to remember the catastrophe that beset Phil Mickelsen at the end of the 2006 Open.  It’s been 14 years and it seems that it happened yesterday.  Mickelsen strode up to the 18th hole needing a par to seal his US Open victory.  The competitors had fallen away except that not too many people were paying attention to Geoff Ogilvy.  Ogilvy was two shots behind but he rolled in a putt from about 8 ft. to birdie the hole to get to +5.  Mickelsen has probably replayed this tee shot over and over in his mind but it seemed that he tried to guide this tee shot instead of the usual full slash.  The ball sailed to the left striking the hospitality tent and coming to rest in a sandy spot.  He faced an impossible shot to guide the ball around the trees with an incredible fade–it didn’t happen–he lashed at a 3 iron and it went about 25 yards into more tree trouble.  The gods of golf added additional misery when his approach shot to the green sailed into the green side bunker on the left with a fried egg lie.  An ensuring double bogey gave Ogilvy and improbable victory. 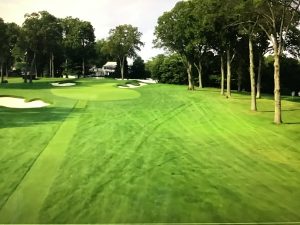 I’m going to predict that this year’s Open will be a wild affair with a leaderboard that will bounce around from day to day.  It will be interesting to see if the field tries to drive the par 4, 6th hole of 321 yards.  If the miss the green with their drive, a short little par 4 could produce some devastating results.  We may have a leader at the end of the first round who is an amateur from New Jersey or a touring pro that just qualified for the event.  Without disrespecting the skill of those players that can even get into this prestigious event, their time on the leaderboard will be fleeting.  I don’t like Tiger’s chances here as his back has been unpredictable and he must drive in the fairway to be a factor and his putting has to be traditionally Tiger-like.  Dustin Johnson got away with a lot of bad driving at East Lake last week and the rough will take away his power if his tee shots are wayward.  Of the big names on tour, it’s possible that Rory McIlroy, Justin Thomas and perhaps Colin Morikawa can compete and they should be factors in the event.  I also like guys like Webb Simpson who keep it in the fairway and putt well to be a factor.  As for Phil Mickelsen, he would have been the crowd favorite as the New York metropolitan area loves him and supports him wildly.  His reaction to his implosion in the 2006 US Open was complete “class” and he has endured himself to the New York area golf fan forever. 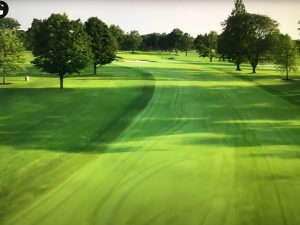 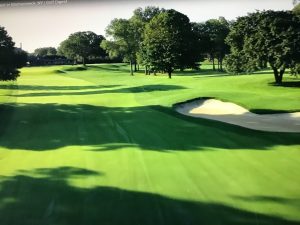 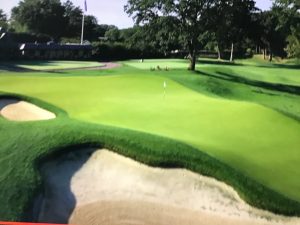 Approach to the 18th hole