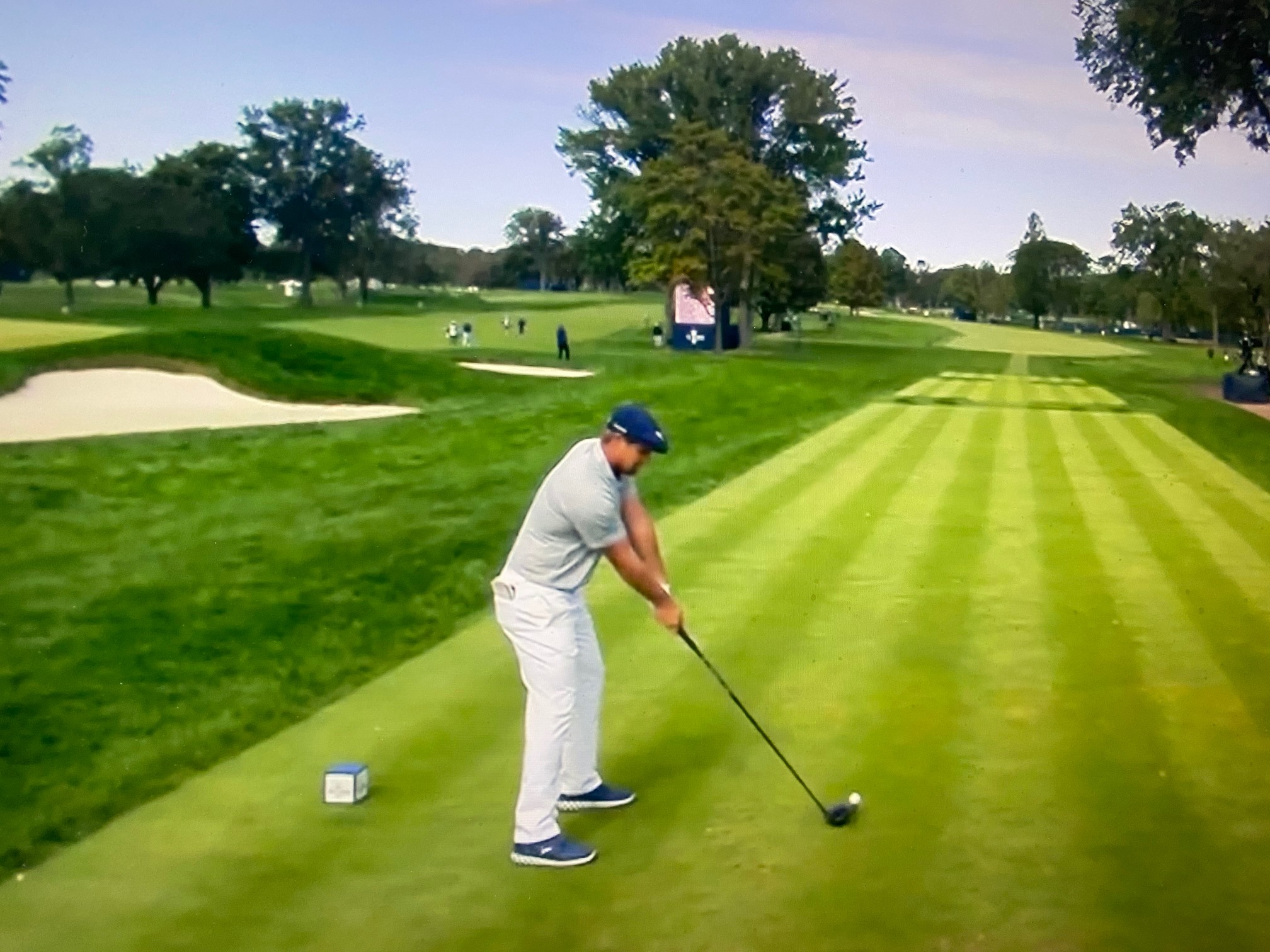 I had predicted that the winner of the US Open would be Winged Foot Golf Club.  The course soundly defeated 143 players except one-Bryson DeChambeau.  The narrow fairways hellacious rough and fast greens eventually ripped the field to shreds as no one could break par other than DeChambeau.  Usually when the golf course is this tough, one of the competitors usually loses the event with a wayward shot or missed critical putt and a winner emerges from the rabble.  We witnessed Phil Mickelsen squandering his route to victory in 2006 with a wayward tee shot and a bunch of “others” to record a double bogey on the 18th allowing Geoff Ogilvy to slip in to victory with an unlikely birdie of his own in the final round.  The favorites worked hard–Justin Thomas shot an a titillliating 65 in the first round and seemed to be in complete control.  He couldn’t find the fairways in the final three rounds and never broke par without a charge on the final day.  Dustin Johnson missed too many fairways and too many putts to be a competitive factor.  Players such as Louie Oosthuizen and Matthew Wolff emerged from the pack in round 3 to offer Bryson come competition in the final.  Oosthuizen simply couldn’t generate any momentum in the final round with a few negative surprises from missed chip shots and putts that just couldn’t get him into contention.  The bright surprise was Matt Wolff.  Wolff is only 21 years old and is the reigning US Amateur champion.  His swing is impossible to understand and emulate but it sure works for him as he routinely outdrove DeChambeau in the final round.  As it usually happens in the Championship, Wolff had a number of bad bounces and breaks that produced outcomes that led to bogeys.  The tournament turned into match play when both Wolff and DeChambeau eagled the easy par 5 ninth (easy for them). DeChambeau casually holed a 40 foot putt for the eagle.   Wolff and DeChambeau were able to deal with the Winged Foot rough most of the time but Bryson’s game produced spectacular shots out of it to simply put enormous pressure on Wolff.  Every opening that Wolff might have had in the final nine holes, Bryson extinguished with extremely precise chipping and putting to seal the deal.

Sports media will now jump on the DeChambeau bandwagon following this significant victory.  We’ve been covering DeChambeau in detail over the past few months as he continues to do things no other golfer in history has been able to accomplish.  It should be noted that DeChambeau was a great player to begin with as a US Amateur Champion.  His professional career prior to 2019 was very respectable as he was in the upper tier of the PGA Tour but he wasn’t a household name. DeChambeau is known for his pecularity of having all of his golf clubs have the same shaft length.  He has applied his own interpretation and study of the golf swing with these clubs to fashion his approach to the game.

As a result of the pandemic, he decided he was going to do something different to approach the 2020 PGA Tour.    Averaging nearly 300 yards with his driver, he decided that he had to get longer and stronger.  He went on a significant dietary and exercise regime to add muscle to his frame in an attempt to gain the power needed to increase his driving distance.  Most players that try to change their body type and/or physique have ended up negatively impacting their capability.  Two big examples were David DuVal who attempted to bulk up to increase distance and eventually lost his entire game and fell off the premier status of the PGA Tour.  Curtis Strange also tried to change his swing to gain yardage and instead lost his incredible accuracy and shot making skills.  DeChambeau was taking a big risk changing his physique with muscle and weight game.  It had to be a very tough mental challenge to have his body adapt to his emerging new frame.  The pandemic provided the opportunity to accomplish the objective without having to play tournament golf while the changes were in process.  The results have been a mind-blowing success culminating in this dominating US Open victory over the field and Winged Foot as well.  Bryson was the only player under par and won the tournament by six shots, which is the biggest spread since Tiger’s 13 shot victory in Pebble Beach in the year 2000. 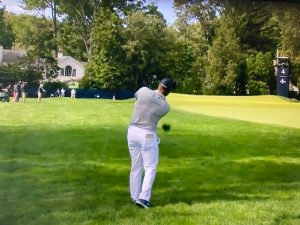 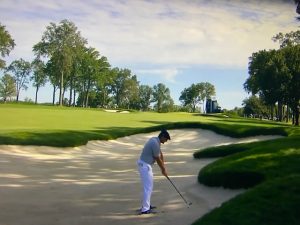 It is also very interesting to see that DeChambeau has accomplished this victory with humility and a lot of class.  He has been humble in his remarks and has not confronted critics that are subtlely suggesting that some strange substances are involved in the transformation.  I’m also impressed at the way DeChambeau goes about his business.  His yardage book looks like an encyclopedia and the dialogue with his caddy sounds like a series of quadratic equations.  Most players want to keep it simple and process very little information.  DeChambeau’s yardage book seems to function as a small powerful server.  It seems that this is necessary as Bryson hits golf shots with clubs that mere mortals cannot comprehend.  8 irons that travel 225 yards and swing speeds of 190 mph are unheard of but are now part of DeChambeau inventory of assets.  (Matt Wolff is pretty close)  Bryson is a breath of fresh air as golf continues its resurgence in the pandemic world we live in.  I’m not sure he’ll be doing instructional videos and spreads for Golf Digest as I can’t envision how anyone can emulate what he is currently doing.  There will be a lot of commentary from the pundits of the sport as to whether DeChambeau will be able to continue this style of golf physically.  We all saw how Tiger’s back problems probably caused him the opportunity to surpass Nicklaus in major victories but there isn’t enough data in yet as to whether Bryson can persevere in his approach.  It seems to me that with all the data logging, he might be able to put together a entirely new program to extend his level of capability.  He is going to hit so many wedge shots in the coming years, that the game will be revolutionized again with short game mechanics being a new branch of skill as important as driving distance.

Bryson DeChambeau has been viewed as controversial due to his physical transformation and competitive demeanor.  He is not controversial..it is pleasure to watch him master the highest level of golf and only time will tell if his current approach to the game will scale into future success.  The next challenge will be the Masters and Augusta National.  There is little to no rough at Augusta so DeChambeau will be hitting driver/sand iron to most of the holes.  The instrument called the “putter” will determine whether DeChambeau can use his superior power to leverage another major victory.  The other players who spank a long way such as Johnson, McIlroy, Justin Thomas, Matt Wolff, Finau and others can also hit it 300 yards as well. Without any rough to deal with, the Masters will be settled on the putting green as it usually is.