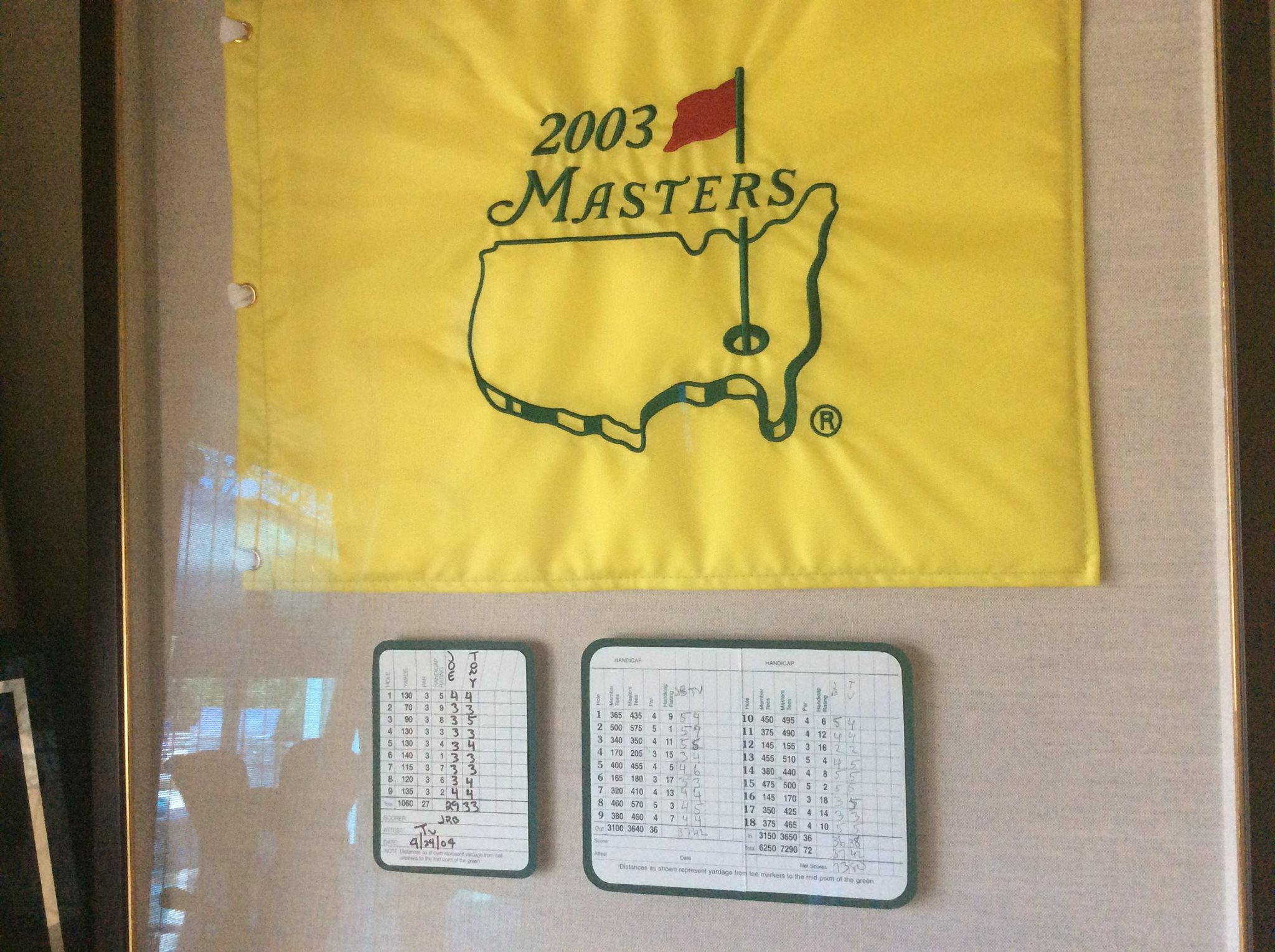 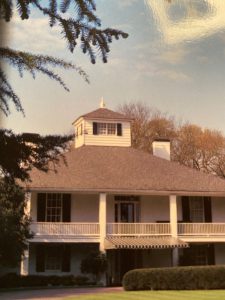 I think we can say the year 2020 has been a disastrous year for the world.  One bright spot has been the game of golf, which has been able to conduct a weird schedule with some very good play.  We did miss the Open Championship as it would have been impossible to get the US Tour players over to the UK in the middle of the pandemic with all the attendant risks and national travel restrictions.  We’ve seen some outstanding play throughout the year without any fans, cell phones, jeers or some needed excitement.  We’ve seen the emergence and transformation of Bryson DeChambeau who is turning championship venues into pitch and putt routines.  Usually the PGA Tour season is over by this time of year  and the players dispersed playing tournaments in many parts of the world.  We had the first PGA Tour Event in 2021 at Silverado Country Club in Napa, California without having played what is usually the first major tournament of the year–The 2020 Masters.  The 2020 Masters will be another very unique event playing during the week of November 10.  The big questions will be what will it be like playing Augusta National when the course is usually closed for the winter.

Playing the Masters in November will be a unique experience.  Usually the course is closed as the course starts to undergo its repose for the southern winter months.  The absence of the “patrons” from attending the event will be very different for the players who are accustomed to hearing the “roar” which can be heard through the property as players make their charge especially on the back nine on Sunday.  The “patrons” at the Masters are a special crowd known for their knowledge of Augusta National and have provided many an adrenalin boost to the players in pursuit of golf’s biggest prize.  Patrons are known for their respectful behavior as the Masters is probably one of the toughest tickets in the World of Sport.  It’s an event where it’s an honor to attend and provides an unforgettable experience.  There are no Corporate hospitality tents or special amenities afforded to segments of the attendees.  It is an egalitarian affair with the focus on the players and the storied history of fascinating competition.  You can’t buy Masters merchandise online or in stores.  You have to attend and get through a well managed, very efficient merchandise tent staffed by personnel with the highest level of Southern hospitality.  You spend as much as you can and don’t have to worry toting it around the course.  You just check out and adjourn to the friendly Federal Express depot after you exit the tent and your haul will be happily shipped to its destination.  You can buy a folding chair and place it in your chosen viewing spot.  You can leave that chair while you walk around the course and when you return, the chair you have been placed in that viewing spot will not be touched or moved.

What to expect in 2020 during this horrific pandemic.  There will be no family event at the Par 3 Course for the players and their families.  There will be no pimento or ham and cheese sandwiches.  Azaleas will be dormant and their brilliant color will be replaced by orange/brown leaves that will be the beginning of their descent into spring mulch.    The silence of the absence of the “roar” will be equally deafening.  I’m not sure if Jack Nicklaus will be showing up for the ceremonial first tee shot to start the tournament.  It would seem anti-climatic without the patrons in attendance.  The course will be in its usual immaculate condition and I feel that the greens might be “super” slick and tradition will be maintained with the pins in their normal daily positions.

I believe the weather and the pace of the greens (in large part determined by the weather) will be the most important factors in determining the winner of 2020’s last major championship.  Temperatures shouldn’t be much of a factor with average readings of lows in the mid fifties to daytime high’s in the mid 70’s.  Rainfall could make things interesting but can work to the player’s advantage as the greens would soften in moist weather.  Higher temperatures with some wind will increase the speed of the greens and create some significant challenges to these players.

I predict the 2020 Masters will be a very exciting event and I wouldn’t be surprised to see a playoff.  With the absence of rough on this verdant layout, the tour bombers will have a big advantage.  Dustin Johnson, Justin Thomas, Jon Rahm, Rory McIlroy will be bombing away and the course may turn things into a drive, pitch and putt course where things will be settled on the putting green.  Add Bryson DeChambeau, Colin Morikawa  and Matt Wolfe to this list as the newcomers who will be unfazed by the Masters mystique and pressure usually produced by the “roar.”  Defending champion Tiger Woods will be focused in trying to grab another Green Jacket but his fortunes may be determined by the cooperation of his back.  The lack of the “roar” is a negative intangible for Woods but his putter could always warm up and produce an improbable repeat.  We can all remember Jack Nicklaus’ improbable victory in the 1986 Masters at age 46.  Unlike baseball, football and basketball, you can’t “pipe in” the roar from previous tournaments.

Golf has a good year despite the absence of crowds and the popularity of the game has improved as a safe and challenging exercise during the pandemic.  Rounds played are increasing and golf participants are models of compliance with the rules of public health and safety as we’re happy to be just out there playing.