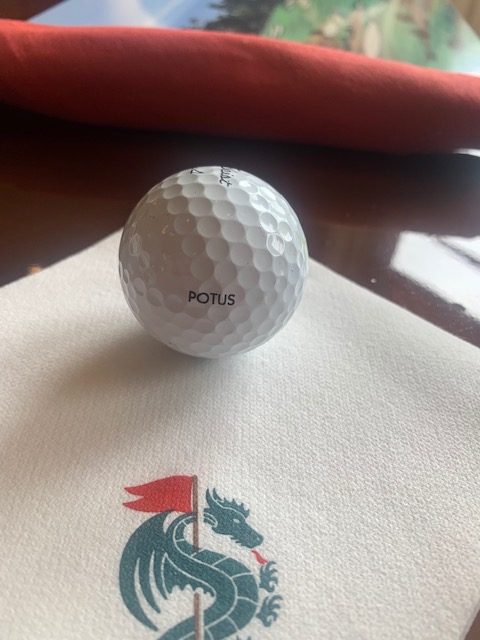 As usual, the European Ryder Cup has solidified its squad by adding veteran, battle-tested players who have had a steady regime of whacking USA players over many years in this event.  Captain Padraig Harrington added Ian Poulter, Sergio Garcia and Shane Lowry as his Captain’s picks to fill out the team.  Europe’s teams have always consisted of  a number of rookies who qualify automatically,  and complementing them with players who have a pedigree of sustained successful performances in the Cup matches.  All of these guys are grizzled veterans who relish both the competition and wreaking havoc on the USA.  The one guy that didn’t make it this time is Justin Rose, a former World No. 1 player, who has had a poor year by his standards and filed to qualify for the Fed-Ex playoffs.  He needed to win the BMW PGA Championship and that did not occur.  It’s amazing to me how the US team never figures out how to develop a team and an approach in a manner similar to the Europeans.  The USA focuses on who’s playing well at the end of the year and not necessarily the capability of being really tough under pressure.  Another example of this sin has been committed yet again by Captain Steve Stricker.  Stricker left Patrick Reed off the team as Patrick wasn’t playing particularly well at the end of the season and was fighting off some injuries.  Nevertheless,  Reed is a relentless competitor who has provided some significant headlines and highlights for past USA teams.  Another serious mistake was the elimination of Billy Horschel, who actually won the European PGA Championship this weekend at Wentworth in Surrey, England.  Horschel is an intense competitor who never gives up and has the game to prove it.  During Saturday’s third round,  pummeled by rain, Horschel grabbed a hybrid club to hit a shot 245 yards to the green out of the wet rough.  The lie was so bad that TV commentators thought he would hit a layup shot with a medium iron.  The USA will miss not having Horschel and Reed on this squad.  It seems that the team setup is a European formula for another win but as “they” say–they will actually have to play the matches and the team that makes the most putts will win.  I’ll be watching with earplugs as the jingoism displayed by the galleries in golf’s “three ring circus” will be deafening.

On Saturday, one of the players in our group, nursing a sore back, reached the par 3, 180 yard seventh hole at Monterey Peninsula’s (MPCC) Shore Course.  Our man thwacked his tee shot into the bushes way to the right of the hole.  While we proceeded to the green, he went looking for his ball, which at best, was an improbable quest.  After a futile search and a drop, our man emerged from the thicket of moss and fir to present a found ball with the inscription “POTUS” on a Titleist Pro V 44.  Our suspicions were confirmed, as it turns out that former President Obama had played a round at MPCC with Steph Curry a few weeks ago.  We also heard that there is another missing “44” in the front of the 9th hole, where a lost golf ball has never been found.  A tee shot on the par 3, 9th hole that does not become airborne is destined for the bushes of Hades that separate the tee and its carry to the green, or even the bunkers that guard the green.  The only thing which can find that ball would be a mal-nourished sea bird or any number of rabbits, rats or crawling creatures.  Mankind has never found a golf ball on the 9th.  There was some discussion that the shot on 7 was a ball hit to the right, which would be politically incorrect for any “44” golf ball.  However, we have to realize that President Obama is left handed, so although that golf ball landed way right of the hole, it was struck as a horrible duck hook to the left.  This ball is actually hit dramatically to the left,  politically correct and perhaps could have been struck by Bernie Sanders.  We didn’t know which tees our 44th President might have been playing, but as Steph Curry’s partner, they may have been playing from the back tees that measure out at 226 yards.  Fine for Curry as a low handicapper and almost professional capability,-for Mr. 44–perhaps not so much. 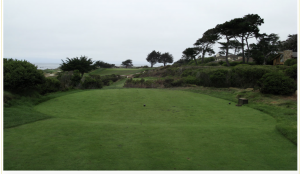 The 7th hole at MPCC 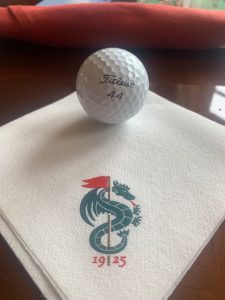 ← Cantlay and the Euros Prevail USA's "Cup" Runneth Over →