Hovland is a Hero 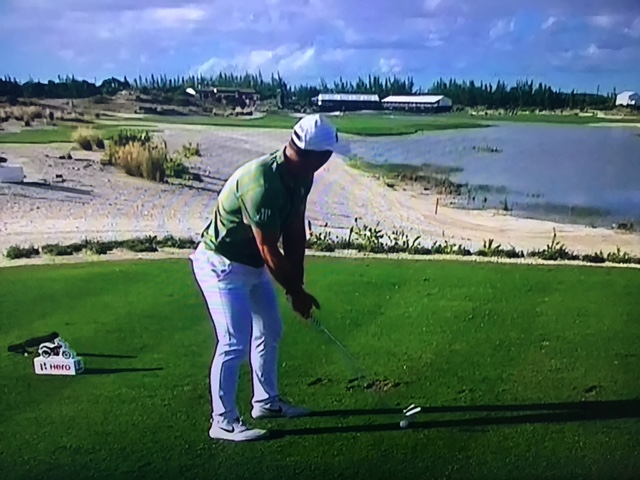 Colin Morakawa shot a 64 on Saturday in the 3rd round of the Hero Challenge at Albany Country Club in the Bahamas.  Morakawa’s 64 vaulted him into the lead in the event by five shots.  A victory here would get him past Jon Rahm to take over the World No. 1 ranking.  The media had no trouble thinking that Morakawa would have a pleasant walk in the park on Sunday and win this event going away from the field of 18 players.  Perhaps there was a bit too much publicity about Morakawa’ projected ascension to the throne.  Morakawa was certainly on a personal high this week announcing his engagement to his long time girlfriend Katherine Zu.  Morakawa was swinging free and easy but something happened on the front nine during the final round.  Morakawa uncharacteristically knocked a few balls into nowhere and fashioned a huge duck hook, which mystified him as he managed to shoot 41 on the front nine and lose his lead completely.  It seems that the gods of golf had decided that now wasn’t the time for Morakawa to take the No. 1 World Ranking.  I don’t think I’ve ever seen Morikawa hit a duck hook and judging by his demeanor, I don’t think he has seen one either in a long time.  Morikawa may have a bit too much good fortune for his own good and needed to remember that the gods of golf may intervene at some very inappropriate times.   He’s really not guilty of any bad behavior but perhaps the surrounding media hype jinxed him into the 76 he shot on Sunday (ten shots worse than Hovland).    The beneficiary of all this pain and suffering was Victor Hovland who punched through a very good field to come out on top in this event.  Ironically, Morikawa had halved his singles Ryder Cup match with Hovland, which proved to be the final 1/2 point that the US needed to vanquish the Europeans.  It was interesting that Hovland fought hard for that 1/2 point as Morikawa couldn’t close the deal for the full point by sticking his approach shot on 18 into the greenside hazard.  Nevertheless, Hovland had to maneuver through the field to claim this victory but it’s also ironic to understand that Hovland has yet to win an event on US soil.  I suspect this won’t be a long wait for him.  He has a number of tour victories but criticism has been leveled at him for winning against “not the best” competition on tour.  I completely disagree with this assessment.  Hovland is the real deal and competing on the PGA Tour is no easy feat no matter who is out playing.

The Hero World challenge  is an event that benefits the Tiger Woods’ foundation.   This week Tiger gave us the news that his best playing days are probably behind him.  Tiger’s car accident was extremely serious and his first priority was to restore his ability to walk.  He seems like he’s been through quite a lot and he has the physique of a middle linebacker so undoubtedly there’s been some weight gain, which he has tacked on in proportion to his frame but it seems a bit strange.  There is still some in the media that believe that Tiger will be able to compete again and it would be fantastic if that were true but it really appears unlikely.  Indeed, he will actually compete  coming in a father-son event so it will be great to see him on the course.  Tiger’s comments should be really understood that his priority has to be his ability to function as the first priority.  Any attempt to make a serious comeback on Tour would be a significant personal decision for Tiger.  Anytime, we can see him in competition prospectively will be a bonus irrespective of the results.

On the 4th hole in the Final Round on Sunday, Colin Morakawa hit his 5 iron approach shot into the Bahama brush (pictured here). 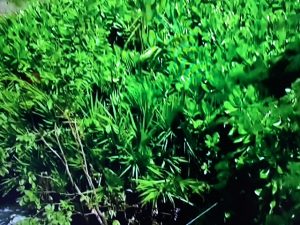 Morakawa declared the ball lost and wasn’t even going to look for it.  He hit a provisional ball perfectly on to the green about 8 feet from the hole.  Morakawa’s playing partner Brooks Koepka went looking for Morakawa’s ball and actually found a ball in this thicket of scrub but Morakawa declared that the found ball was not his.  What was interesting is that if Koepka had found Morakawa’s ball in the brush, Morakawa would have to take an unplayable penalty and drop the ball in this area, which would have been pretty difficult.  Morakawa would have no choice in this matter and his provisional ball would be null.  Unfortunately for Morakawa, he pulled the 8 foot putt badly and made double bogey, which turned out to be the beginning of a very tough day for him.

← Koepka vs. DeChambeau--Gobble/Gobble Bay Area Golf Thrives in the Pandemic →