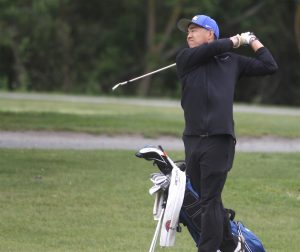 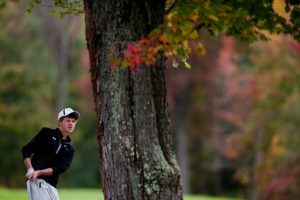 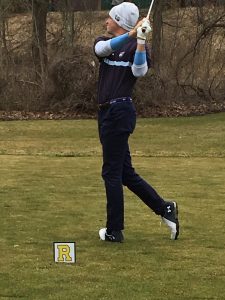 The topics in this blog seem to be disconnected.  We chronicle the emotional diatribes of Sergio Garcia in recent tour events and the achievements of three amateurs in their high school and collegiate careers.  The connection is the potential emotions that competitive golf can engender.  The ability to control emotions and stay in charge of the competitive pursuit is all important as emotional instability in golf usually produces terrible results.  These tenets are well taught and coached at the amateur level in junior events, high school and collegiate levels.  The contrast between Sergio’s recent behavior in professional events and the amateur levels is evident.  It’s not a value judgment of what is right or wrong but it is a critical element in golf to keep emotions in check as we all know that the game can produce weird outcomes that out of the control of the player.

What is the world is up with Sergio Garcia?  The 2017 Masters Champion was a popular victor after many close calls in major championships.  Sergio has always been a feisty, emotional and excellent competitor throughout his career as evidenced by his successful Ryder Cup record.  Sergio’s first round at the 2018 Masters was plagued by a disastrous 13 on the famous (infamous?) par 5 15th hole.  Sergio had a 75 yard or so pitch shot and every one of the 5 balls that ended up in the pond found the green but every shot had too much backspin  and every one of those 5 shots hit the green.  Easy for me to say, but it was necessary to land the ball past the pin to hold the green.  Unfortunately for Sergio and all of us that hit a bad shot under pressure, the game speeds up, the green is unfair, the ball should have stopped etc. etc.  He holed a terrific 10 foot putt to make the 13.  This was the end of the Masters for Sergio, I’m sure he knew that if he forced the second ball past the hole, he might have escaped with a 7 or even a 5.  The gods of golf decided to test the champion and he failed.  The following week in the next event on a short par 4 that was drivable, he missed the fairway left (not terribly).  He looked up and threw the driver as far as he could into the woods.  He then had to march solemnly into the woods to find the driver and it initially looked like it would be difficult to find.  He marched into the woods eventually found the driver and slashed at it again and could have hurt himself doing this.  A few weeks later in Canada, he broke his putter and ended up putting with fairway woods, irons etc.  The question is how can this happen to one of the best players in the world.  At the highest levels of the game, you have to be able to control your emotions and slow things down.  Sergio is too good to allow his emotions to overtake him and I’m giving him the benefit of the doubt.  I’m sure he’ll bounce back from all this embarrassment and return to form…the problem is that these experiences will occupy a small portion of his brain forever and will be another obstacle he will have to overcome in his future endeavors.

Congratulations to Conor Tran as Monte Vista Christian High School won the Monterrey Bay League Pacific Division on Monday at Laguna Seca Golf Course in Monterrey, California.  Conor earned medalist honors on a gray, windy day on the Peninsula. Conor puts a lot of time into his game and is developing into a fine player.  He has worked hard and long on his game competing all over the West Coast in various junior tournaments advancing to his high school team and now college.  I’m not sure that his college decision has been finalized but he has been leaning towards Nazareth College in Rochester, New York.  Despite the harsh winters that will hamper play, if he goes there the home course for Nazareth is Oak Hill Country Club, site of many national championships including the US Open, US Amateur and a Ryder Cup.  I have played with Conor and also watched him compete and he has been well-trained in trying to stay in the moment in the heat of competition.  He would admit that it’s easier said than done.

On the other side of the country, congratulations to Keenan Hickton.  Keenan is a senior at Emory University and was named as Golfer of the Week following a great performance in windy and cold conditions over a weekend tournament event in Pittsford, New York,  He led Emory to victory in this collegiate tournament and was the runner-up out of 40 players with a 5 over par performance over 36 holes.  In addition to being a fine player, Keenan has a younger brother, Declan, who is also a fine player.  Declan is a freshman player at the University of Rochester which also has, Oak Hill Country Club, as their home course.  Declan also has a series of great amateur credentials and credits his success to his big brother through example, hard-work and a genuine respect for the game.  .

There are countless stories such as these in amateur golf which brings out the best the game of golf has to offer and displays the personal and professional development of the individual with golf serving as the catalyst to instill and reinforce a value system where these young men will thrive in their professional careers whether it’d be golf, life or both.