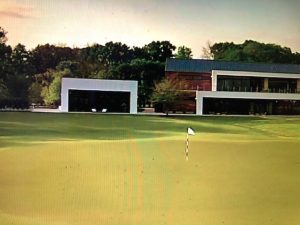 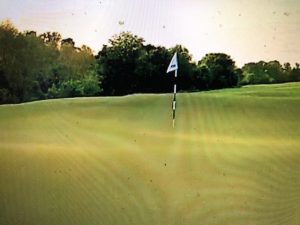 The Byron Nelson Classic was played for years at the wonderful Los Colinas Club at the Four Seasons Resort in North Dallas.  The tournament was moved to a new site in South Dallas at the Trinity Forest Golf Club (TFGG).  TFGG is actually a links course so I found a golf course without a tree named Trinity Forest to be a bit weird.  The course was designed by Ben Crenshaw over a landfill (trash).  The course reminded me of the USGA’s experiment with a links course at Chambers” Bay for the US Open.  Chambers Bay will never host another US Open. TFGG will repeat as the site for the Byron Nelson through 2020.   PGA Tour Players don’t really like links courses and generally don’t have to compete on them until the Open Championship.  While there was no griping or whining from the players, there were very few “names” at the event.  TFGG actually looks great and well laid out.  The fairways are incredibly generous for the tour player and driving statistics disclosed that TFGG had the most fairways hit by tour players all year.  This is one tournament that Tiger Woods should have played in to deal with his driver woes.  The greens are huge and the putting statistics disclosed that TFGG had the most 3 putts of any tour event this year.  The idea was that the combination of Texas heat and wind would challenge the field.  It didn’t turn out that way as a Texas downpour on Sunday morning rendered the course defenseless and the birdie barrage was on.  What made matters even worse was the Sunday leaders didn’t tee off until 4:35PM so national television coverage ended and the tournament conclusion was telecast by the Golf Channel.  Crowds were disappointing as well given the late start for the leaders in the event.  It seemed like a huge run of bad luck beset this venue in its inaugural setting.  Initially, players on Sunday had trouble with the pace of the greens and getting the ball close enough to the hole for birdies was difficult.  Aaron Wise and a bunch of other players did not and blistered the course in a birdie feast.

Aaron Wise won his first PGA Tour event cruising to a final round 65 with a three shot victory over Marc Leishman, the 3rd round leader. Leishman’s putter let him down in the final round and Wise had a flurry of birdies enroute to his 65 with only one bogey on the par 3, 2nd hole.   Hometown favorite, Jordan Speith, had a final round 67 to finish 21st.  Putting woes in the earlier rounds continued to plague Speith.  It seems to me that he is a streaky putter and will be back putting well as we approach the US Open at Shinnecock.  Although TFGG had its challenges this week in putting on the Byron Nelson, it seems that these challenges can be overcome in future years.  I’m sure Iron Byron would have persevered through these difficulties and provide significant encouragement to these organizers.  As “they say”, “better luck next year.”

Update:  “Through the Green”

My next book, “Through the Green” is now at the publisher and going through the editorial process.  We circulated some cover options which were generously provided by Old Head Golf Club in Ireland.  The book will have some similarities to Golf Chronicles as another difficult and enjoyable courses are laid out by hole.  There is a primer on how to play Pebble Beach from an amateur’s and professional’s perspective.  Bandon Dunes, which was not covered in Chronicles will be discussed in some detail.   We’ll also cover some esoteric golf topics such as driving ranges all over the world and how to successfully throw a golf club.  The book closes with my first attempt at fiction with a short story on the adventures of a golfer trying to win the USGA Senior Amateur Championship. 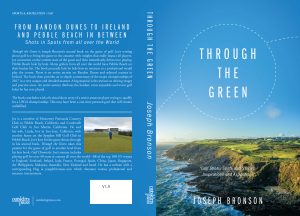 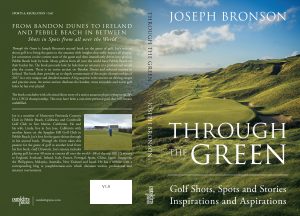 ← Sergio's Meltdowns, Amateur Golf OMG!-Broadcasting the US Women's US Open, Tiger at the Memorial →