OMG!-Broadcasting the US Women’s US Open, Tiger at the Memorial 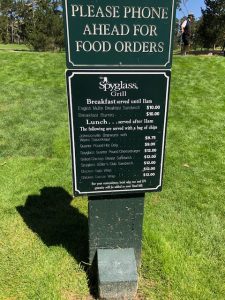 The US Women’s Open

I always like tuning into the U.S. Women’s Open but I had forgotten that the broadcast belongs to Fox.  OMG!–Joe Buck doing Women’s Golf–horrible beyond belief.  West Coast fans tend to take a significant dislike to Buck’s broadcasting of Major League Baseball due to an alleged East Coast bias.  I can deal with Buck’s handling of Major League Baseball as the play by play man for Fox’s baseball telecasts.  Many Giant fans tune out Buck and listen to Giant broadcasters from the radio.    Joe Buck is nowhere near the announcer that his father was.  I had the privilege of listening to Jack Buck for years as the voice of the St. Louis Cardinals and a national baseball announcer.  The US Women’s Golf  broadcast was so poor that even my wife, Linda, decided to look up how much longer we were going to have to listen to Buck and Fox broadcast USGA events.  The answer was another nine years!  Fox doesn’t understand golf and this broadcast of the US Women’s Open at Shoal Creek, Alabama was particularly horrendous.   Golf can’t be done on a play-by-play basis the way you would announce a baseball game.  Buck was surrounded by ex PGA stars Paul Azinger, Juli Inkster and Brad Faxon.  The problem with this group is that they are not a team and this is obvious as they don’t have the opportunity to work with each other every week to really deliver insight into the game and the players they are covering.  Dan Hicks, Johnny Miller, Roger Maltbie and Gary Koch on NBC are the best in class of professional golf coverage and they used to have all of the USGA events before being outbid by Fox.  Jim Nance,Nick Faldo and Dottie Pepper come in a close second in TV golf coverage but are offset by the sappy Gary McCord, Peter Kostis (and his Minolta Biz-Hub swing analyzer (spare me) and Ian Baker Finch.  As insipid as CBS can be some times, Fox doesn’t even get to the plate (using a baseball analogy) and therefore the US Open which will be played at Shinnecock Hills in two weeks will be on MUTE in the Bronson household.

As for the tournament itself, it ended in a playoff with Ariya Jutanugarn of Thailand persevering through a wretched last nine holes where she squandered a seven shot lead and defeated HJ Kim with a wonderful bunker shot on the fourth playoff hole.  It was interesting listening to Buck and Azinger praise Jutanugarn to no end and then completely trash her as she struggled through the back nine.  Jutanugarn lost the plot but stuck to her game plan-she didn’t hit one driver on the back nine but was pulling some of these long iron tee shots into the penal rough at Shoal Creek.  It all started with a pulled iron shot on 10 and then another which led to a triple bogey seven after three putts-the lead evaporated to 4 shots.  Her struggles continued but she didn’t really change her demeanor or approach to the task at end.  She was actually down a hole in the playoff format which was a two hole aggregate as she managed to beat Kim on the second extra hole with a par to force sudden death.  The third hole was halved and both players came into the 18th hole tied again and both of them managed to hit their approach shot into different bunkers on the hole.  Kim played first and hit a respectable shot to about 15 feet.  It seemed that Jutanugarn’s bunker shot was the more difficult since she was above the hole and would have to nudge the ball onto the fringe and have it roll down towards the hole.  She did just that and the ball came to rest no longer than 2 ft. from the hole.  Kim would have to make her 15 footer to prolong the match but it slid off to the left and Jutanugarn tapped in her 2 footer for the victory.  As a 22 year old player from Thailand, you have to have some game, grit and determination to persevere from a back nine where the wheels just about disintegrated.  She had enough confidence to keep hitting those long irons and play her game instead of trying to fix what had clearly had been working for the prior 63 holes.  It was an exciting finish that we watched with the MUTE button on.

Once again, Tiger Woods was the highlight of the event.  He put himself in position to win the event with excellent play through three rounds.  Tiger has been playing consistently well in recent tournament events and now needs the inevitable breakthrough round that had guided him through 79 prior PGA victories.  Just one year ago, he was arrested after being asleep behind the wheel of a car with pain killers in his blood stream.  After a brief stint in rehab–probably the depths of his career–he began the process of playing again without pain.  It’s been a reasonably long road but a year later, he is back contending on the PGA Tour again.  He will have to breakthrough again since he no longer has the Intimidation Factor that his Sunday red shirt used to impose on his fellow PGA competitors. Tiger was 5 shots back at the start of Sunday but couldn’t make up any ground on this day and finished 23rd on a tight leader board just 6 shots back.

Bryson DeChambeau won the event in a playoff with B. An and Kyle Stanley.  DeChambeau and Stanley spent much of the 4 day event on the top of the leaderboard but in the end DeChambeau’s putter won this event.  Patrick Cantley, a brilliant young player, finished fourth only 1 shot back.  Cantley may be the new poster child for slow play which I’m sure will infect many Saturday foursomes.  I watched Cantley in amazement on Saturday as he changed clubs on a par 3 at least four times and after 7 or 8 waggles finally hit the ball.  The waggling continued on Sunday.  He’s a great player and I hope he can speed it up for the good of the game–it’s horrible to have a young oustanding player set this kind of example.  I’m sure he would bristle at this criticism.

I love where I live on the Spyglass Hill Golf Course but I always feel a bit uneasy when I play there.  It’s a very hard course and the hardest on the Monterrey Peninsula.  The course is wonderful and it’s in great shape.  A golf round that takes 5 hrs. and 45 minutes is unacceptable as the course is not monitored for slow play and the pace of play is horrible.  The gold tees are difficult and the blue tees are for the zero handicappers.  Yet you see some horrible play coming from golfers who have no right or skill to play from those tees knocking the ball all over the place.  Linda, (who doesn’t play) sees some pretty horrible stuff passing by our home in the middle of the 13th fairway.  It’s disappointing that management of the Pebble Beach Company doesn’t bother to move people along or suggest that certain tees should be assigned by skill level.  When I played Monday, I actually decided to play some of the white tees to give myself a chance at certain holes that I might have difficulty with from the gold or blue tees.  I’m also quite amazed at the polite arrogance of the Pebble Beach staff especially evidenced by posting the outrageous prices of food at the 9th hole.  Many players who come here for the first time and read this would think that I’m off base but maybe I have a different standard of customer service–you will be treated far better at other venues in the Monterrey Bay area such as Old Del Monte.