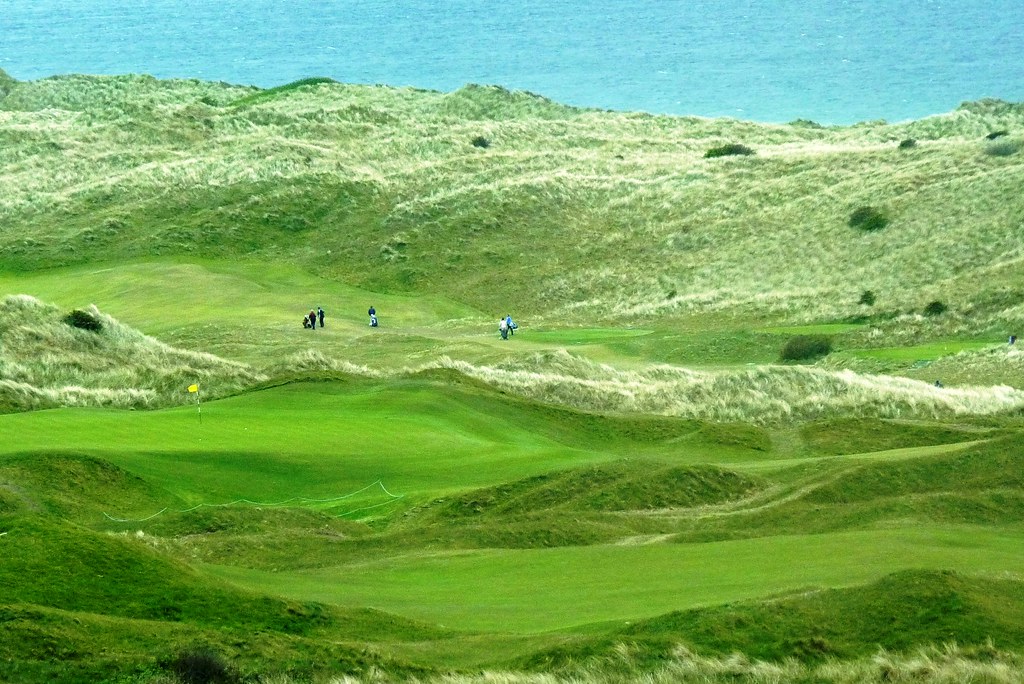 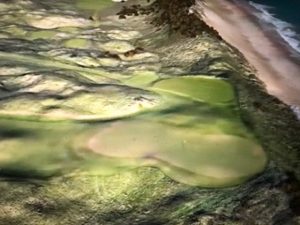 The Open Championship is my favorite major championship due to the course rotations of a series of historical venues all of which have very special stories.  Last year, I previewed the history of Royal Birkdale as I was fortunate to have a personal contact at the club, who was able to provide me with some unique insights into the history of the club.  In 2019 the 148th championship will be held at Royal Portrush in Northern Ireland.  Royal Portrush has not been in the rota of the event and this is the first championship played there since 1951.  Portrush has held many prestigious golf competitions over the years including the Senior British Open from 1995-1999 and 2004 and a few Irish Opens.

The Club was formed in 1888 as a nine hole course and it became Royal Portrush in 1895 with the Prince of Wales as its patron.(King Edward VII).   In 1929, plans for the Dunluce links were prepared, which became the basis for the venue that the Championship will be played on.  Rory McIlroy shot a course record of 61 on the Dunluce links at age 16 and he has to be “stoked” to be returning to Portrush as a successful professional major champion.   Successful staging of the Irish Open in 2012 opened the opportunity for Portrush to host the Open Championship this year and bring the tournament back to Northern Ireland.

The links at Portrush have been altered many times since its inception in 1888.  The nine hole course was extended to eighteen holes in 1889 and the new holes were placed inward away from the sea.  Gradually the course was tinkered with to return to its “linksland” origins further into the sand hills.  This alternations culminated in the design of the Dunluce links in 1929.  More than fifty national championships British and Irish, have been decided on these links over the years with players such as Harry Vardon competing and eventually winning an Open Championship in 1896.  Portrush was the first Irish course to host the Open Championship and now returns after 68 years.  The course measures out at about 6700 yards+ on the official scorecard but will be extended to 7317 yards for the Championship.  Five new greens, eight new tee boxes and two new holes-the 7th and the 8th have been created replacing the old 17th and 18th holes.

Course conditions should enable the players to go low here unless, of course, the wind blows.   Summer in Europe this year has been hot and I would expect the fairways to be fast and running.  At 7317 yards, I doubt we will see a lot of drivers.  The course requires careful management and shot making rather than power and distance.  These conditions tend to bring the field closer together and neutralizes some of the power hitters such as Brooks Koepka, Dustin Johnson etc. who will have to think their way around this venue.  Featured holes will be the 5th, called “White Rocks” where the approach shot has to be accurately placed on the green to avoid the rocks and beach below.  With the rearrangement of the golf course due to the added  7th and 8th holes, Calamity Corner, formerly the 14th hole, now becomes the 16th hole.  Calamity Corner was a treacherous par 3 of 200 yards and now new tee boxes have been added which now extends the hole to 230 yards.  Depending on the wind, I will be very interested to see how the professionals cope with this hole.

I would favor Rory Mcllroy  to win the event.  He has won major championships and is currently playing pretty well.  He also has a significant home advantage as I would imagine that most of the 100,000 fans in attendance will be pulling for him as a native of Northern Ireland. McIlroy is skipping events prior to the Open Championship to stay focused and tune up for this event.   It would also be fun to see local son, Grahame McDowell, compete and play well and add a Claret Jug to his US Open triumph at Pebble Beach.   There’s always the possibility that a unknown player from Europe or the UK will make some noise in the tournament.  In 2015, Paul Dunne, playing as an amateur at the time, was tied for the lead at the Open Championship at St. Andrews after 3 rounds before succumbing in the final round as Zach Johnson came out of the pack and won the event in a four hole playoff.  Weather will be a major factor as to how all of this will work out especially if the wind blows or not.  The course set up will demand accurate shotmaking and the winner will have to hole a number of those five and six foot putts for par.  Francesco Molinari proved that time and time again in 2018 to the point where he was hardly featured on television.

Thankfully no more Fox Sports to cover this one and the combination of ESPN, ABC and the BBC should do their usual great job with the broadcast.

← Lashley "Rockets" to Victory Tips and Vignettes for the Golfer →