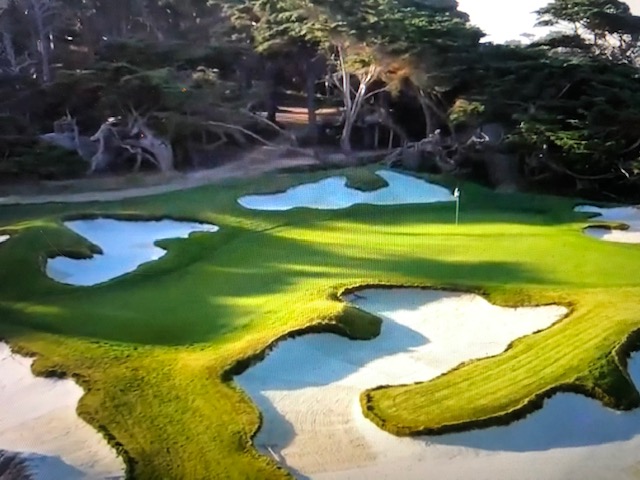 Sunday, we were treated to a Charity Golf Match pitting Tiger Woods and Peyton Manning against Phil Mickelsen and Tom Brady at Tiger’s home course in Jupiter, Florida.  The objective of this match was to generate enough interest to raise $10M for Covid 19 charities across the US.  Unlike the travesty of the previous Woods, Mickelsen match on Pay Per View television, this match had the right cause and the addition of two Hall of Fame quarterbacks added class and intrigue into the event.  How would two outstanding athletes play golf on television in front of a huge viewing audience?  They are used to playing in front of these venues but not in a sport that is recreational for them.  The entire affair was just elegant while being simple in its approach.  Perhaps the importance of the charitable cause raised the match to a level of almost pure sportsmanship.  The TV broadcasting team was modest and added celebrities such as Charles Barkley and PGA Tour player Justin Thomas.  The broadcast begins with shots of the participants retrieving their clubs from their cars just as any other Sunday four-ball in America at the public golf course.  No caddies, drivers, attendants or any other assistance is available in the current environment.  It’s off to the driving range where it is teeming with rain and there  isn’t going to be any delay in these proceedings.  It seems that the rain is really bugging Brady as he dons a pair of rain gloves as the grips on the clubs will be gone in a matter of minutes.  Some friendly banter is exchanged as the TV crews try to elicit some controversy but the players really aren’t into it.  Mickelsen is trying to bait Woods a bit into the trash talk but Woods really isn’t having any of it.    They head to the first tee and the rain is pouring down in buckets but the course seems to be taking all of it in stride.  This is a match that can’t be postponed or delayed–over 6 million viewers are tuned into the broadcast as it is the only live sporting event on TV on a Sunday afternoon.  Woods is quietly confident and he continued to pummel the drive down the middle of the fairway on every hole–a far cry from recent PGA Tour experience.  Tiger looks svelte and he is striking the ball very well.  Peyton Manning’s swing looks pretty good with a natural draw but the rain and some nerves are causing some balls to hook into the wash areas off the fairways.  Mickelsen is swinging freely undeterred by the conditions.  Brady looks lost but he’s trying hard–it seems that he’s not following through from right to left and all the shots are heading right into the woods or worse.  Brady plays the seventh hole where he is interrupted by a taunting Charles Barkley for his horrendous play thus far.  Barkley, who may have the worst golf swing on the planet, should be the last person to criticize anyone’s game.  Brady, having to pitch back into the fairway after another wayward drive, hits a wedge shot from 100 yards that lands a few feet past the hole and spins in for a very unusual par 4.  “Shut your mouth, Chuck,”, echoes Brady.  Brooks Koepka pledged $100,000 to the charities if Brady made a par on the front nine.  Brady has just gone from amateur hacker chump to champ–a position he is used to be in.  Most of us would have never recovered if we had played as badly as Brady on those holes but the competitiveness and perseverance demonstrated by Brady shines through (and he’s playing for nothing but pride).  Brady then splits his pants removing the ball out of the cup after making this brilliant par.  This entire experience lit up the Brady candle that would shine the rest of the day.

The format of the back nine for the team play was alternate shot.  Alternate shot is usually a very difficult game to play but in this event, the format was altered so that it was alternate shot from the drive selected by the team.  Therefore any amateur drive that found a good spot in the fairway would enable the professional to hit the second shot and go pin seeking.  The amateur would then be hitting the first putt which actually increases the potential of scoring well on the hole.  Pace of play accelerated nicely on the back nine as it took less than 2 hours to play the back nine.  Brady turned into a very positive force for his team as he found his swing and he continued to get through the ball and move nicely from right to left without a driver.  Woods simply wouldn’t give team Mickelsen an opening as he just continued to stripe the ball into the fairway on every hole.  The match went down to the very last putt on the very last hole and the Woods team prevailed with a 1 up victory.  Charity was the real victor as over $25M was raised for Covid 19 charities against a goal of $10M.  The Match provided a great deal of entertainment for all golf fans especially watching them play in front of no crowds, no caddies and no frills–just like the rest of us. 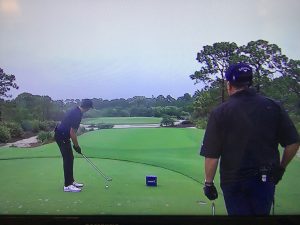 Another exciting week at the Corona Country Club.  The Board of Directors held another meeting and decided that it’s restaurant would reopen for take out service only.  The offerings would be limited but Amazon has guaranteed deliveries of hamburger patties, caviar, and bat wings for its condensed menu.  The Board has allowed additional Tesla golf carts so that each player can ride the course-caddies will be forbidden.  Trump is happy as he can now send McConnell back to the U.S. Senate-McConnell never found his glasses so he hasn’t been much help since his miraculous birdie on the 7th hole.  The US Team needs some stability as Blake Snell has just been traded by the Tampa Bay Rays to the Toyo Carp of the Central League in Japan.  The Carp signed Snell to a $85M one year contract to which Snell humbly replied, “BRO, I’m worth it”, besides it’s safer over there.”

The World Match Play is All Square so Trump needs another playing partner.  He has gone through Kim Jung Un, Mitch McConnell, William Barr and Blake Snell.  He’s looking for stability.  He contacts his Saudi Arabian buddy, King Salman but Salman is preoccupied with trying to move the kingdom from oil to solar and wind energy.  Trump then twinkles, “I know, I can get Abe-san, he hasn’t got anything better to do and he loves to play with me.”  He’s right and the Prime Minister of Japan gleefully accepts–Abe is blindfolded as he boards Air Force One for his trip to Corona (which is still an undisclosed location).  Shivas Irons is beside himself, he has gone through his entire supply of Oban 18.  He is looking forward to the completion of this match and the grand re-opening of Corona.  He fears a second wave of trouble from this group which might result in another closure of the club.  Shivas needs help and places a call to ESPN veteran anchor-Scott van Pelt.  “Ay, Scott, can ye give mee a hand o’er her?” pleads Shivas.  Scott is happy to oblige and Amazon charters a recently obsoleted United Airlines A320 and heads to Bristol, Connecticut to bring Van Pelt to Corona.  Trump sends Kushner away instructing him to figure out how the US can improve manufacturing capacity for Scotch whiskey even though no licenses exist for that potential.  McConnell could help here by developing an extra line at Jim Beam’s facility in Kentucky.

The back nine at Corona is a different course from anything that has been played up to this point.  The front nine was difficult but not impossible and a few pedestrian holes were thrown in to give all the participants a chance to compete.  The 10th hole is a par 4 of 454 yards.  There are creeks on both sides of the fairway then run all the way up to the hole.  This fairway is only 15 yards wide guarded by a generous copse of oak trees.  The fairway only opens up to about 30 yards at the 300 yard marker.  The green is completely surrounded by bunkers so the approach shot must find the green or else.  The greens on the back nine of Corona  contain severe undulations where it is possible to putt the ball into one of the bunkers.  The players are now playing together as a foursome all riding in Tesla electric golf carts.  Shivas Irons comes out to join the players and presentsthem with a new balata version of the gutta percha. “Ay, these balls will travl more better.”  Trump takes a mighty blow but he clips the last oak tree and the ball heads straight down at the 150 yard mark.  Xi has his new Huawei driver and he lashes his drive straight down the middle about 240 yards.  A smiling Shinzo Abe steps up to the tee and bows to Shivas and the rest of the group.  Putin almost breaks out laughing but manages a graceful smirk to avoid any embarrassment. Abe hits a towering pop-up to center field about 160 yards down the middle of the fairway.  Putin grabs his five iron.  Like Tom Brady, he doesn’t carry a driver–he doesn’t need one.  He smacks the five iron past Trump’s ball and gets into his cart and grabs the flask–yes, it might be 9AM–but there is always time for vodka.  Trump hooks a 3 wood into the creek on the left–he tried to get into position at the 100 yard mark but overcooked it.  Xi grabs a 5 iron and smacks it right down the fairway to the 100 yard mark.  Abe grabs a 5 wood and joins Trump in the creek on the left.  He is very disappointed as he wanted to support his friend.  Putin hits another 5 iron down the middle of the fairway and has 150 yards left to the green.  Trump takes a drop and hits a wonderful wedge to the green but it has too much spin and ends up in the front bunker.  A deep scowl envelopes his demeanor.  Abe hits a 7 iron crookedly into the creek on the right–he has to pick up and has now lost a brand new balata gutta percha.  Xi is good from 100 yards out but three putts for a double bogey 6 which is good enough to win the hole.  Putin made the green but putted his ball into the back bunker where he decided to take another nap after a few swigs from the flask.

China/Russia now have a 1UP lead over the United States

Scott Van Pelt comments on the proceedings.  “This is the best thing that I saw today.”