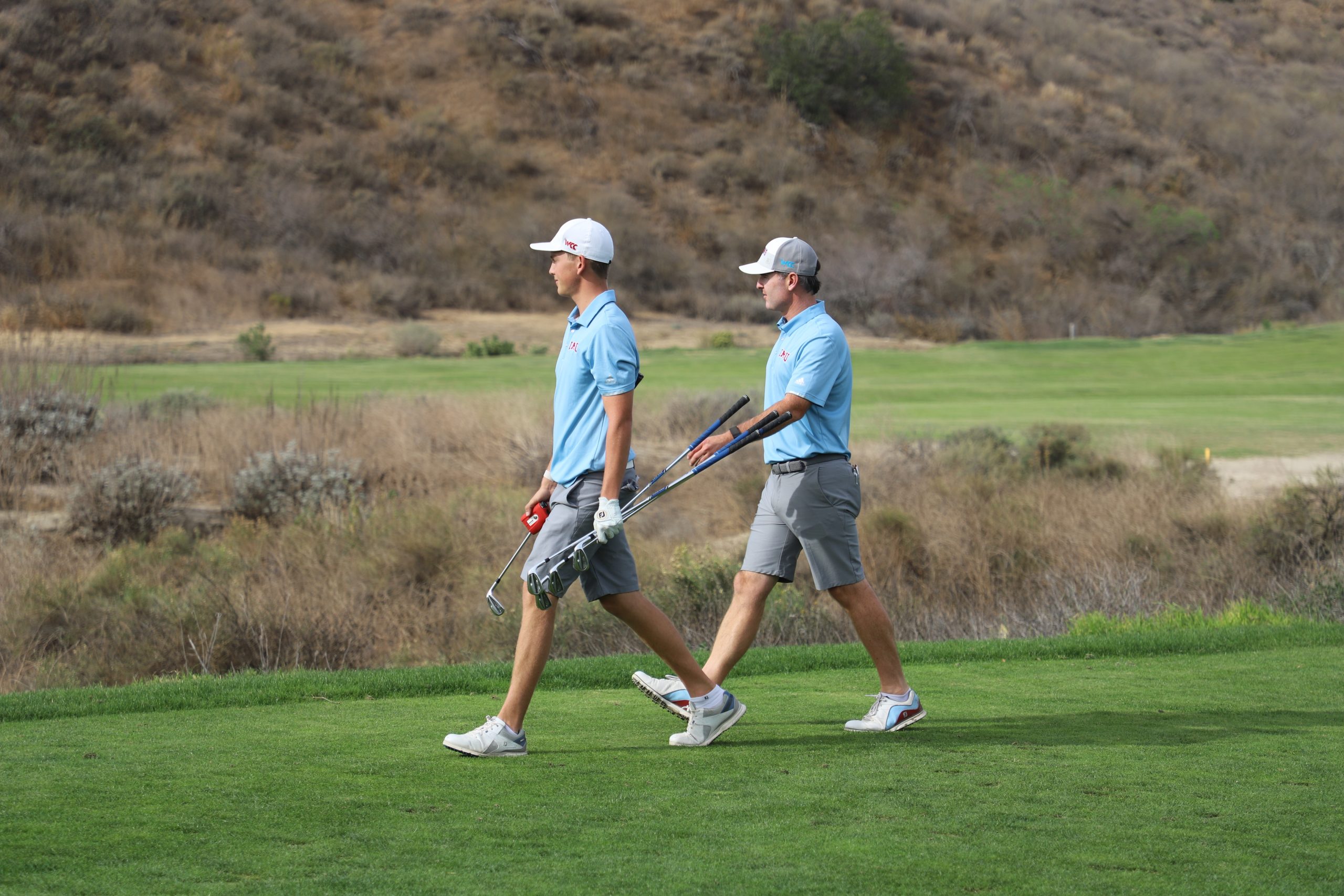 I have always wondered about what a college golf course does.  I can understand the basics of the job of scheduling, logistics, conducting practice and all the mundane things that are required to manage a golf program.  There is the strategic responsibility of recruiting players to the university, which is also a difficult task of trying to land the candidates in an intense competitive environment.  Additionally there is the requirement of understanding and complying with the esoteric NCAA rule book for recruiting and all the potential pitfalls that these rules entail.  It seems like a pretty difficult job so I wanted to pursue how the job is perceived by a university coach.

I interviewed Jason D’Amore, the head golf coach at Loyola Marymount University and tried to gain some perspective from his experience.  Jason has the knowledge to give me a complete perspective since he himself played on the LMU golf team from 2005-2008.  He played professionally after graduation on the Canadian PGA Tour for a few years before embarking on a business career.  He came full circle and used the entirety of his education and business experience and was appointed the head golf coach at LMU in 2016.

NCAA Division I golf programs are intensively competitive and all the players at this level have had success in their junior amateur golf career at some level.  These players create another pyramid of performance for golf at the amateur level.   In my first book, “Golf Chronicles”, I created the Pyramid of Golf from a holistic concept of high handicap hacker to PGA Professional.  The following pyramid would track the performance of the low handicap college player on up the ladder.  Achievement of the top of the pyramid could yield an NCAA championship or potential qualification for the professional PGA Tour. These players, for the most part, all carry plus handicaps.  The amateur golf pyramid can be illustrated as follows from the bottom of the pyramid to the top::

My interpretation of this pyramid is that the player that has achieved significant national ranking has had to have been playing consistently well  and has the potential to compete on the PGA Tour.

At the division I level, players are recruited on the basis that they will be aiming for a career in professional golf to qualify for the PGA Tour.  Hence the pyramid structure, as  there are only a few slots available for amateurs to turn professional, earn their tour card and compete on the PGA Tour.  Players that want to play at the university level for the experience of competing against the peer group will usually have difficulty competing against the peer group as the mental part of the game will usually favor the player who has the Tour ambition goal.  From my experience with playing with university players, it seems like putting and chipping can be significant differentiators in order to get into the win column.  Another key aspect is the discipline and mental acuity of the player especially when the player is confronted with getting out of trouble after an errant shot.  The university golf schedule can be quite grueling  and it requires a lot of discipline plus an ability to manage time to ensure that the other part of life (non-golf) such as university studies are not lost in the process.

The job of the college coach is complex but quite satisfying by being able to help and enable the team to come together and achieve success.  Most, if not all, recruits have their own swing coaches and in some cases may be controlled by the player’s parents so the coach does not take instructional responsibility for the player.  The college coach should be as an advisor to the player and help the player with the intangibles such as focus, preparation, practice regimes etc.  The coach can be viewed as player advisor, which is very different from other Division I sports.  In sports such as football, basketball or baseball, the coach is the master and author of the game plan and players are expected to comply with the directions of the coach.  University team golf is difficult to manage and the best way is for the coach to establish regimes of discipline such as warm-up routines, shot selection, ball trajectory etc. where the player manages his own skill set to these type of recommendations.  It’s imperative to spend quite a bit of time chipping and putting since these are the areas for most scoring differentials.  The worst aspects of the college coaching job involving coaching players who are good but do not have the goals of achieving the professional level.  Other aspects of the job are the energy and time required to deal with NCAA regulations and the grind of logistics in getting from place to place and keeping the players at their peak form.

The college coach has to prepare the team for upcoming events and make the lineups and matchups.  Ebb and flow of good and bad play and trying to get consistent play from all team members presents the challenge.

The college university golf system is the largest feeder of players for the PGA Tour.  Therefore, college golf creates its own pyramid structure as only a few players will make it to the big tour and then only a handful of them will be successful.  Recent big successes are Victor Hovland (Oklahoma State) and Bryson DeChambeau (SMU).

For Jason D’Amore, the head golf shot has been a source of fulfillment and achievement.  As an individual, he was inducted into the LMU Hall of Fame in 2015 and clearly demonstrates the value of a collegiate golf career.  On top of all this, LMU is having a fine season with 2 tournament wins, 2 runner up’s, 3 individual wins and 3 LMU golf program records this season after having to deal with a washed out season in 2020.

Other universities represented on this site are also doing well this year as the University of Connecticut just won the Big East Title.  USF and Cal. are also having fine seasons.  Amateur golf at the university level is important for the game of golf–it not only produces good players, it produces fine young men who add value to the society. 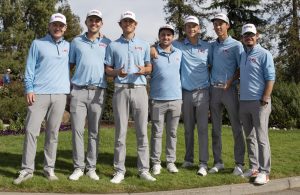 Kudos to Sam Burns who held off Keegan Bradley and a host of fine players to win the Valspar Championship at TPC Louisiana.  Burns performance was true grit as he never wavered against a barrage of challengers who finally fell away when Bradley dunked his tee shot into the water on the 13th hole.  Burns just executed his game plan with a steely focus and never took anything for granted.  It’s just another example of how proficient the PGA professional has to be in order to win.and the degree of mental discipline and course management that is required.

← The Cinks win at Hilton Head/Amateur Updates Complete a Brief Survey and Win a Copy of One of my Books! →