Fitzpatrick Wins the US Open 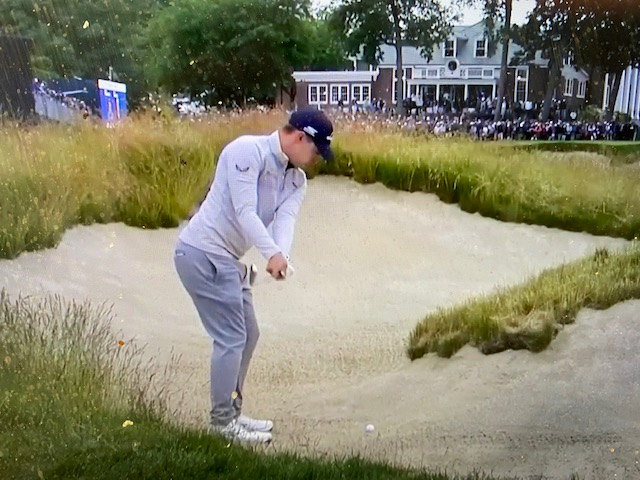 The stage was set for the US Open with a demanding golf course in a traditional East Coast setting.  The June venue in Brookline, Massachusetts would not be unduly impacted by weather this week.  The air was crisp and clean, the course manicured to the usual US Open standard of two rough cuts–first cut okay–second cut–1/2 shot to a full shot penalty.  Driving accuracy more than power and distance would be important to position the player to navigate the small greens at Brookline.  Power with accuracy would be a distinct advantage as the greens would be cut firm and fast and any significant wind would certainly make the course more difficult than its setup.  The best players in the world began to take on the test and a number of recently successful players such as Billy Horschel, Tony Finau, Harold Varner, Daniel Berger and Victor Hovland failed to make the cut.  All the LIV refugees, including Phil Mickelsen, except Dustin Johnson also failed to make the cut.  Mickelsen seemed unprepared and weary of all the grief and negative publicity from the past few months and the scruffy face didn’t add to the luster.  We’re not rooting against LIV participants as the game is the equalizer as Brookline was in a condition where mistakes would be magnified and par would be essentially the standard.

The leaderboard would ebb and flow with Colin Morakawa taking the lead into the third round despite struggling with his game by his own admission.  Morikawa would stumble badly in round 3 and have the worst round of his professional career (77).  The cream of this year’s majors rose to the top again.  Scottie Scheffler, Will Zalatoris, Rory McIlroy and Matthew Fitzpatrick formulated a pack of contenders that would turn Sunday’s Final Round into one of the most memorable competitive events in a US Open.  The course through the first three days was just too treacherous as it was very difficult to get approach shots near the pins and wind gusts added complexity to the player’s task to go low and stay low.  Players such Scheffler, Zalatoris and McIlroy would get some momentum only to experience an unforced error to record a bogey or worse to bring them back to the pack.

Fitzpatrick and Zalatoris were tied going into the Sunday final at 4 under with a pack of at least 8 players within striking distance.  Fitzpatrick had a psychological advantage going into Sunday,  He was brimming with confidence in his game combined with fond memories of his US Amateur Victory here at Brookline in 2013.  He’s been working hard on his club head speed and adopted an agressive approach going into the round.  Scheffler went through the front nine in 31 (4 under) and was now in the lead but costly bogeys on 11, the par 3, 108 yards, and 10 were events he was unable to overcome.  Zalatoris hung in but his bogey on the par 4, 15th hole while his playing partner Fitzpatrick buzzed a 48 footer for birdie produced the two shot swing that would decide the championship.  The drama came down to the 72nd hole with Fitzpatrick holding a shot lead decided to hit a 3 wood ostensibly to avoid the bunker on the left.  Most players drove the ball to the right side of the fairway where angles to the green were more available and any shots into the rough might produce okay lies as these areas were trampled down by the galleries.  Zalatoris put the pressure on with a drive right down the middle/right of the fairway and launched an iron (probably 8-9 iron) to 14 ft.  Fitzpatrick did the unthinkable–his tee shot found the left bunker and now he had 158 yards to the green with his competitor 14 ft. away from the hole.  We all know that these professionals know how to hit fairway bunker shots.  I’ve had lessons on the technique of gripping the club choking up to the shaft and hitting the ball not the sand with the ball in the middle of your stance or maybe a bit forward depending on the lie in the bunker.  We’ve seen the professionals execute this shot all the time but not to win the US Open–anything short of 100% execution could spell disaster or perhaps the threat of a difficult and potential 3 putt.  Fitzpatrick nailed the shot with the utmost of confidence and the ball sailed mightily onto the green 17 ft away from the hole and outside of Zalatoris.  With this shot, he couldn’t lose the tournament as Zalatoris would have to sink his putt to tie and get him into yet another championship playoff.  Fitzpatrick nestled his putt gingerly down the slope and converted the par.  It would be unusual for a major champion not to hole the last putt of the championship but Fitzpatrick eagerly tapped it in to put maximum pressure on Zalatoris.  We know that Zalatoris’ putt missed ever so slightly and he would be denied yet again.  These guys could have played for additional days with probably a similar result with either guy wining.  Fitzpatrick had the edge and he now has the distinction of joining Jack Nicklaus as a US Open and US Amateur champion on the same course.  Zalatoris’ day as a major champion is coming.  Some of these putts he narrowly missed on Sunday are going to go in future major championships.  He has a tremendous game and confidence in himself to make this happen. 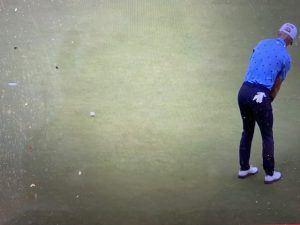 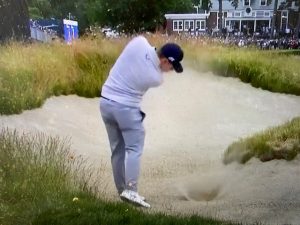 Highlights from the rest of the field were the low round of the day posted by Matsuyama (65) to finish in sole 4th place.  Morikawa rebounded and found something on Sunday to shoot 66 and finish tied for 5th.  McIlroy made it interesting for a long time but incurred a few too many unforced errors that kept him from the final contenders and finished 5th.  I have to label him a favorite at St. Andrews for the Open Championship.

I enjoyed the broadcasting of the event but I couldn’t help miss the likes of Curtis Strange.  Curtis, the last US Open champion at Brookline, was not even mentioned during the broadcast.  He could have added some very interesting perspectives on the vagaries of Brookline.  I can remember vividly the number of 6-8 putts that Strange holed for par to secure his victory.