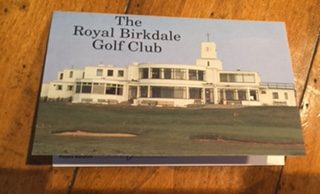 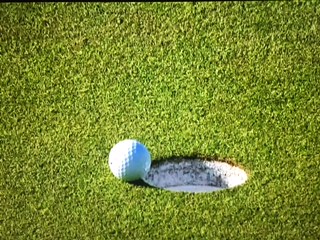 The players in the 146th Open Championship at Royal Birkdale either left their drivers home or covered them up for the round.  This is a golf course that has eliminated the “power game” completely.  The course is a par 70 and measures out at 7,156 yards so, why no drivers?  The answer is simple–the placement of bunkers on the holes requires these bunkers to be avoided at all costs.  There are only a few holes where these bunkers can easily be carried and the par 5, 17th hole is actually a driver hole.  It is also the easiest hole on the course.

Round 1 started with some pretty awful weather with some balls hit out of bounds on the difficult par 4, first hole of 448 yards.  The weather turned for the better by mid-morning and the scoring started to drop precipitously.  By day’s end, 40 players were even par or better and 61 were +1 or better.  The +1’s include Rory McElroy and Dustin Johnson.  McElroy started the round looking bored with his head somewhere else and at one point in the round was +5 but after a few good drives and iron shots, his spirits seemed to turn positive and all of a sudden he was the focused champion that he has been in the past.  With the driver out of his hand, Johnson’s major weapon was non existent and he plodded through the round mostly at +3 but a late flurry including a birdie on 17 has got him back into contention.  On the par 5, 17th his drive was 335 yards leaving him 189 yards for his second shot. (mind boggling for me).

My favorite for the Championship is Jordan Speith which I announced yesterday primarily because of his course management skills.  Speith negotiated the course well today and is a co-leader at 5 under.  I was a bit surprised to find Brooke Koepka as a co-leader but he is brimming with confidence from his US Open victory.  He holed a bunker shot on the 17th for a birdie to get to 5 under.  Matt Kuchar is also a co-leader at 5 under playing steady throughout and getting enough shots close to the hole for birdies.  The shot of the day came from Charley Hoffman who made an impossible eagle 2 on the difficult first hole (a par 4 of 448 yards).  Hoffman holed a shot from a bush that was improbable to make the green, let alone go in the hole.  Hoffman continues to knock on the door of the majors and you never knew what could happen this weekend.  In any event a memorable first day but there is supposed to be rain and wind coming tomorrow.

Today marked the day that Phil Mickelsen was “boneless” without long-time caddie, Dave “Bones” McKay, Phil had a bit of a tough day and sits in 90th place at +3 but there’s plenty of opportunity for a move tomorrow.

It was great to have NBC covering the event with Dan Hicks, Johnny Miller and a great supporting cast that enriches the experience for watching the event on TV.  NBC is trying something different by showing commercials and live action on split screens.  I’m not buying into it and continue to fast forward through the commercials as I watch the DVR recordings.

Looking forward to Day 2–especially if the weather comes in.