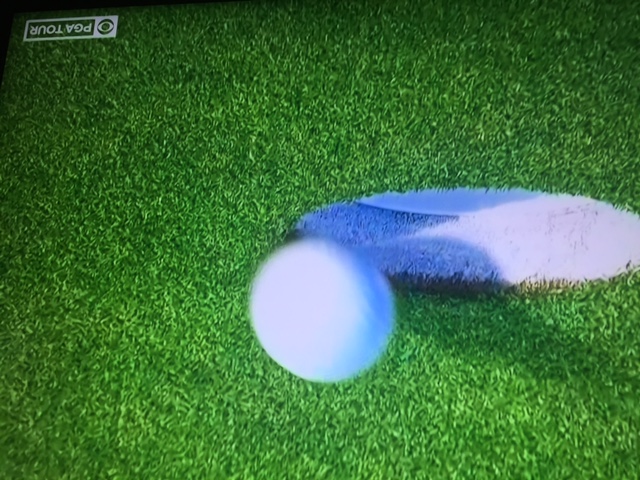 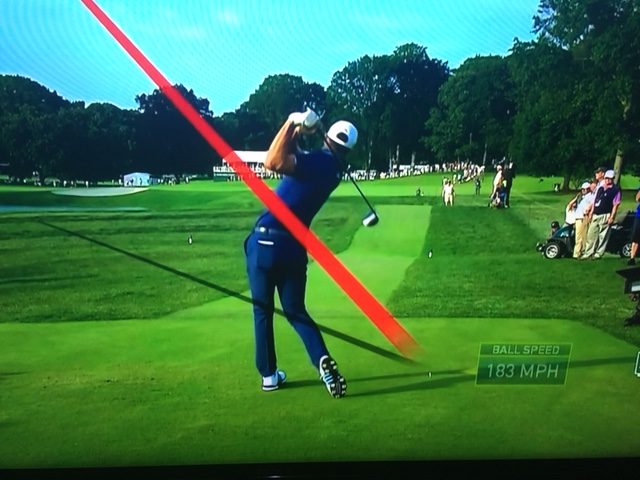 Golf is a strange game where turns and twists that are unexpected seem to the norm. There is an old adage in match ball competition which simply states “Never Underestimate What Your Competitor will do.”  This was the story line at the Northern Trust Open at the Glen Oaks Country Club in Old Westbury (Long Island), New York.  Speith had a 3 shot advantage going into the Final Round and he did shoot 69.  Johnson gradually worked his way back into the competition with an excellent round of driving, short game and putting.  No one really came back from the rest of the pack.  Jon Rahm briefly got within 2 shots of the leaders but later faltered and finished 4 shots back at -9.  It was match play between Speith and Johnson down the stretch and it definitely appeared that Speith was once again going to come out on top.  His putting is simply remarkable as he continued to hole long putts for birdies and pars coming in.  They came to the 18th hole tied and Speith placed another accurate drive 280 yards down the middle of the fairway.  Johnson missed the fairway as his tee shot found difficult rough on the left side.  He faced a difficult shot to the green and had the shot in his bag to try to go for it.  He decided against it.  He had spent a lot of time on the range this week on his wedge game and now was the time to dial it up.  Johnson’s strategy coming in to this event was that if he could drive the ball accurately, he would be hitting a lot of wedge shots into the green to make birdies.  Now he needed to get up and down from 60 yards to avoid losing the tournament.  Speith’s iron shot was a bit wayward and landed in the back of the green at least 70 ft. away.  He was on the green and while the putt was difficult, it couldn’t really be labeled as a birdie putt.  It wasn’t to be and he two putted for a par.  Johnson now had to get up and down to tie Speith and force a playoff.  Johnson’s wedge shot was unremarkable-a “C” at best and now he faced a down-hill 17 ft. putt for par.  I felt it was over and Speith would emerge victorious.  The putt was very difficult–it seemed to be a double breaker and it was down-hill as well-a very bad combination.  Johnson stroked the putt evenly with good speed-it looked like it was going to be missed to the left of the cup but at the least 3 seconds, the putt veered to the right and almost did a 360 going into the hole.  It was an improbable end and the Match Play rule was invoked again!  Par for Johnson and off to a playoff on the 18th hole again.  Speith had the honor and striped  his tee shot into the fairway again.  Johnson had to be stoked with his achievement on the final hole of the tournament.  This tee shot was going to be a good one–he struck a mighty blow over the water (what water?).  The drive landed some 341 yards in the middle of the fairway.  Now he had another 60 yards to the green and this time his wedge shot was “A+”–4 ft. from the hole.  The tables were turned on Speith and now he had to make a 25 ft. putt for birdie to have any chance of continuing the playoff.  This putt was as difficult as Johnson’s on the final hole and he couldn’t convert this one.  Johnson tapped in his 4 footer for birdie for a brilliant victory.  Johnson won this tournament and Speith didn’t lose it–Johnson is back from his freak injury at the Master’s and is poised to make more noise in the Fed Ex Cup competition.  Johnson feels that his game is back and feels that if he can continue his driving prowess and wedge play, he can be a serious factor to win the Cup.

The second event of the Fed Ex Cup moves to the TPC Boston this week.  If this is any indication of the level of competition, the Cup format will further enhance the reputation of the PGA Tour with golf fans around the world.  As stated in last week’s blog post–the long hitters continue to have the advantage in these events as Justin Thomas, Paul Casey and Jason Day were in the top ten this week.  Dustin Johnson’s power and accuracy will be hard to beat as the competition moves on.