The Latest Trends- Golf in the Pandemic-Christmas Edition 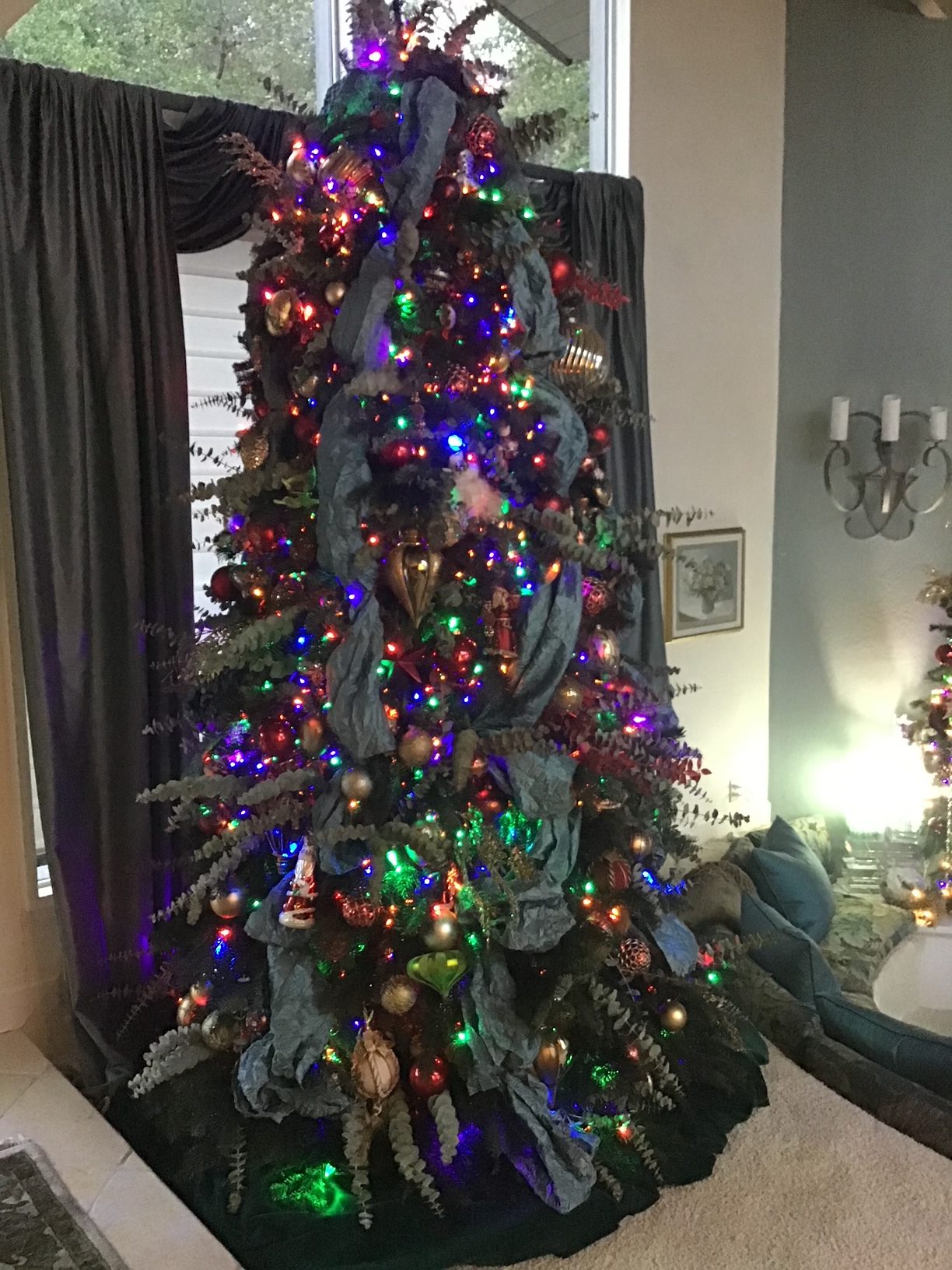 The recent bad news in rising COVID 19 cases nationwide has been a serious setback for the nation.  This recent trend followed the Thanksgiving holiday and now more bad news is anticipated as families are desperate to congregate during the festive Christmas season.  Now in many parts of the country, people are encouraged just to stay home and self-quarantine to prevent the spread of the virus and it’s deleterious impacts on the medical infrastructure.  There are very few things one can do these days but you can play golf.  Unless you decide to hug your playing partners, it’s pretty unlikely that you’re going to spread any virus.  The impact on golf has been substantial throughout the country.  Golf not only provides a physical outlet of being outside and exercising, the game also offers the mental release of thinking about how to play a shot instead of your next meal or movie inside the house.  It’s four to five hours outside the house where you can cover up the video game console and avoid further carpel tunnel damage.  The impact on courses has been substantial.  Private clubs have had to add rules to protect member tee times.  These rules generally restrict the ability of a private club member to bring non member guests to the club through restricting the times that guests can play.  Other clubs that are semi private, have raised prices considerably and allowing tee times to be made weeks in advance.  This policy has had a very negative impact on members who are used to playing whenever they feel like it without much concern for securing a tee time.  In some cases, green fees have increased substantially or even doubled without any customer complaint.  After all, what else to you have to spend your money on.  The US saving rate during the pandemic is currently at 14% compared to a normal rate of 5% during times of normalcy.  So who cares if the Pebble Beach green fee is $550 and a semi-private club such as Pasatiempo is $400.  The tee sheets are chock a block and now extend to weeks in advance in many spots even at places where demand was spotty during pre-pandemic periods.  Service levels at some courses are being impacted by the increase in play.  Some courses run out of golf carts since there is only player allowed per cart to maintain social distancing guidelines.  The courses themselves are taking a beating with the increases in play as players do not adequately replace divots in fairways and greens.  The impacts on the courses themselves for general maintenance are tested.  The club suffers from an inability to generate revenue from meals and the 19th hole as those services are now not allowed during the current streak of the pandemic.  Just play your round and go home.  Golfers, for the most part, are a compliant lot and will follow the rules whatever those rules are–there is no scowling over mask wear, hand sanitizer, or the like and no one complains that there are no rakes in the bunkers or any amenities on the course.  One may think it’s a bit extreme but rules are rules and the most important thing is to be able to play and take advantage of being able to be outside and play a sport we all love.  There are no tournaments since there can be no gatherings to look at results, eat or drink or receive prizes for achievement or even tee prizes for showing up.  There doesn’t seem to be an end in sight as most of the golfers playing today will not be in the front lines for vaccination so I would predict that these conditions will last another six months or more before the population is able to engage in other activities.

This was the year that we were supposed to return to New Zealand for our annual vacation.  The pandemic blew up that idea New Zealand won’t allow foreigners to enter the country.  New Zealand has virtually no COVID-19 cases and has no intention of allowing foreigners into the country anytime.  The following photograph was taken from the front porch of the Kauri Hills clubhouse in 2017.  It is one of the best venues for golf in the world along with its cousin Cape Kidnappers in Hawks Bay. 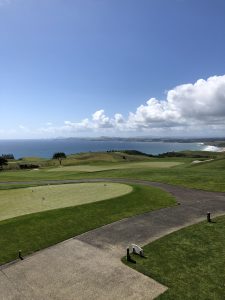 I’m wondering what’s going on at the Old Course at St. Andrews.  I’m sure the daily lottery may have disappeared as there aren’t going to be any visitors anytime soon.  The residents of St. Andrews must be enjoying the solace and quiet but not enjoying the impact of the economic downturn.  Some research here might be fodder for another blog.