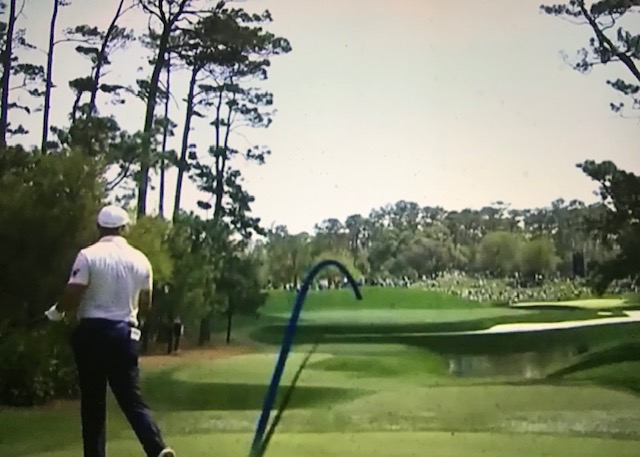 It almost looked like “Groundhog Day” at the Tournament Player’s Championship in Florida.  The improbable 47 year old Lee Westwood was in the final group for the second week in a row with Bryson DeChambeau.  Westwood, who was one of the best players in the world, has never won a major championship.  He’s come close more than a few times but it never happened and now faced the potential of winning the ‘nearest” major in the Players’ Championship.  Unfortunately for the second week in a row, Westwood’s chance would be outdone by Justin Thomas who powered through the leaders to win the event.   Westwood just couldn’t seal the deal.  It’s pretty unusual, especially if you’re not Tiger Woods, to lead in a professional tournament two weeks in a  row (especially at age 47).  Westwood was leveraging off his stellar play last week.    At the beginning of the final round, it looked like Westwood and DeChambeau were going to play their way out of the tournament.  DeChambeau took a hybrid club for his tee shot on the 3rd hole and hit it 100 yards.  With a quizzical look on his face, he hit an iron shot into the woods and then had to play backwards to set up his 5th shot from the pine straw.  He couldn’t understand what had happened to his golf swing and he proceeded to take a number of deep breaths to bring back the rhythm to his game that has marked this fun season.The lights came back on as he hit a terrific chip shot out of some pine straw to six feet and made the putt for a very high quality double bogey.  Westwood dunked his tee shot into a creek on the right side of the fairway and made a high quality bogey.  All of this erratic play brought the field and one Justin Thomas back into play.  Thomas ran the table with a flurry of birdies and took the lead with an eagle the 11th hole and never relinquished it.  He hit a wicked purposeful hook on the 14th for another birdie opportunity and converted it again.  On the 18th hole, he flirted with the water on the left leaving nor more than 3 ft. of available dry land. A final round 68 gave him a final 2 day total of 12 under par 132 which is a record.  I hate to admit  it but I would have liked to have seen Westwood or DeChambeau duke it out for the title but Thomas simply outflanked them.  He played so flawlessly that it was almost was boring even if it wasn’t for such brilliant golf.

There were a number of surprises in the cut category as outstanding players that have been playing well and near the top of leaderboards in the past few weeks didn’t make it.  These players included Rory McIlroy, Victor Hovland, Patrick Cantley and Tony Finau.  Jordan Speith, once again, had a tough final round of 75 and finished 48th overall.  Speith’s putting has improved significantly over the past year and it needs a homily before the start of the final round.  Speith seems like he’s still knocking at the door and needs that putter to stay warm on Sunday.

We can’t cover the Tournament without a report on the famous 17th hole island green.  In recent years, the number of balls hit into the water is increasing.  It seems that many of the players see a pin that’s only 130 yards away and they have to go for the birdie and chase that pin.  The problem is that the green doesn’t hold shots even with the significant backspin that a professional can put on a short iron.  Most of the shots that get wet are not offline but are shots that have bounced on the hard green and couldn’t be stopped from rolling out into the water.  Adam Scott mastered this hole in 2021 with 3 birdies in the four days and all of them, tap-ins.  Winner Justin Thomas was not spared the ignominy of knocking one in the water during the first round.  Club selection can be very difficult for these guys as the best shot that I saw was a gap wedge, which will tend to stop on the putting surface.  In any event, the frogmen at the Sawgrass club will continue their full employment as close to 100,000 balls/year are retrieved from the lagoon.  All of these bad things make the 17th hole the second hardest hole in the tournament playing over 3.4 for the tournament. 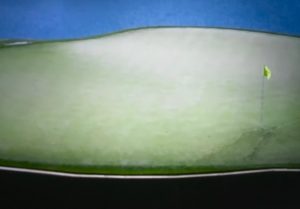 This event seemed to have the most fans in any PGA Tournament gallery to the delight of the players even with all the insipid remarks and general nonsense.  DeChambeau is becoming the master entertainer of the PGA Tour although I’m sure that’s not his intention.  His play on Sunday was wonderful, weird and erratic all at the same time.  We ucould all relate to a portion of these feelings without the 147 mpg. clubhead speed.