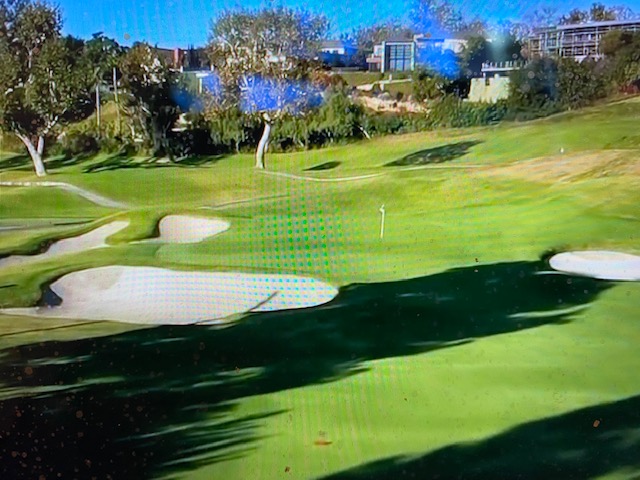 Joaquin Niemann went wire to wire in winning the Genesis Open at the venerable Riviera Country Club in Los Angeles this week. Niemann also set a new 36 hole scoring record, and unlike Seamus Power at last week’s AT&T event, Niemann powered through the third round and survived some late miscues to win the event by two shots. Niemann, not a major name on the PGA Tour, has a tremendous amateur record and has played pretty well in his fledgling PGA career. Colin Morakawa pulled off a late charge shooting 66 on Sunday and had a birdie putt on 18 that lipped out that could have put some additional pressure on Niemann. Niemann sealed control with a chip in eagle on the difficult 11th hole to get to 21 under par and played two over par from there to win at 19 under par. 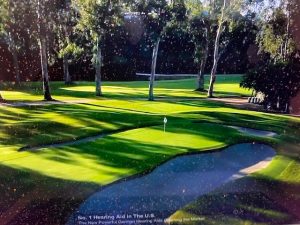 It was another wonderful weather week for scoring with sunny skies, little wind and little rough optimizing the opportunity for good scoring conditions on what is usually a very difficult golf course. The only defense that Riviera that could offer was the speed of the greens as the dry conditions hardened and sped up the greens. One of the outstanding strategic holes at Riviera is the short, par 4, 10th hole measuring just 315 yards. It is the 2nd toughest par 4 on the PGA Tour for holes that measure less than 350 yards (Spyglass No. 2 is rated the hardest). In 2021, the average score on this hole was slightly over par at 4.06, which meant that a number of those birdies were offset by bogie or others. Almost all of the players attempt to hit the green with their tee shots but risk/reward can produce some interesting results. A number of tee shots hit the green and can result in a number of birdies. However, those shots that miss the green can end up making some pretty big numbers on the hole. The green is vertical with bunkers on both sides where a shot hit to the green to the right or left on the green will funnel right into the bunkers. There are a number of shots that end up going from one bunker into the other because both bunkers are sloped away from the green and many difficult down-hill lies result from the speed that the ball trails off the green into the bunkers. The putting surface runs diagonally from front-left to back-right and the back pin Sunday position seems to be the most difficult. The back nine at Riviera has often produced significant drama at the end of the tournament but Niemann managed to squelch most of that with his eagle on the 11th hole.

Phil Mickelson made a number of comments in the past few weeks in support of  the possibility of a new golf tour to rival the PGA Tour. The league would be funded by the Saudi royal family and managed by Greg Norman’s LIV Golf Company. It seemed that Mickelson was endorsing the creation of this tour as an alternative to the PGA Tour with gobs of money guaranteed for the participating players. Many star performers on the PGA Tour such as Dustin Johnson and Bryson DeChambeau were rumored to be recruited to this new tour with significant sums of money guaranteed for them. It’s hard to know whether Mickelson was playing shop steward for the Players or whether he personally really supported a breakaway tour. The star players have completely poured cold water on the idea for this tour completely. These players are certainly concerned about their income but golf is much more than money. It’s about the quality of the competition and the desire to be the best players in the sport. Rory McIlroy blasted Mickelson with a barrage of disparaging public comments about the possibility of joining such a tour and recommitted himself to the PGA Tour. Players such as Johnson, DeChambeau in softer tones have also recommitted to the tour. It seems that the PGA Tour will prevail and Greg Norman’s attempt to spin off a number of players from the PGA Tour will be doomed to failure.  Billy Horschel went so far to state that perhaps Mickelson’s comments will cost him the opportunity to captain the US Ryder Cup team in 2025. Mickelson has done a lot for golf and his record speaks for itself. I predict that when cooler heads prevail,  this will eventually blow over and Mickelson will be back in the PGA’s good graces.