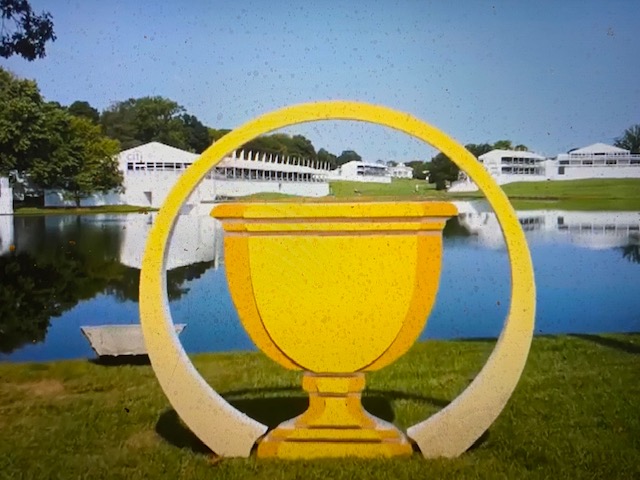 The US won the President’s Cup (again) by a score of 17.5 to 12.5 at Quail Hollow in North Carolina.  The match play competition between US and international competitors (except Europe) occurs every other year.  The dominance of the US professionals in this competition begs for some changes in how the event is conducted.  The US was on its home soil with the usual chants of “USA, USA” urging on the players while the International squad never has had the home course advantage.  However, the bloodthirsty shouts of “miss it” or “you the man” seemed noticably absent and way down the decibel scale compared to Ryder Cup standard behavior.  There is no chanting for the International team as that team whether it is Rome or Tokyo will not have a cheering section.  Nevertheless the International squad under Captain and new CBS senior golf announcer, Trevor Immelman was highly competitive.  These matches are great golf competitions but fan interest rings hollow when compared to the Ryder Cup.  Most of US golf fans don’t even recognize the existence of the President’s Cup and to compete with the NFL for final round television eyeballs is a foolhardy chore.  The matches were further complicated by defections to the LIV Tour as none of the departed PGA Tour players were eligible to compete in the President’s Cup for the International or the US squad.   Open Championship winner, Cam Smith, Joackim Nyman, Abraham Ancer and Louis Oosthuizen were players that would have been on the International squad had they not defected to LIV.  The US team is very deep and the absence of a Bryson DeChambeau and Brooks Koepka (LIV defectors) perhaps even enabled the US team to play more cohesively.

US Captain Davis Love III is a grizzled veteran of many Ryder Cups and team events and was a perfect choice to lead this squad.  Davis is a leader who seemed to have the master’s knowledge of how to select  pairings for the matches.  The US jumped out to a commanding lead of 8-2 in the opening matches and the Internationals really responded and actually nudged the US squad 10.5 to 9.5 over the balance of the competition.  Trailing 11-7 going into the Sunday singles matches, the International squad scratched and clawed but eventually lost the Sunday singles matches 6.5 to 5.5. 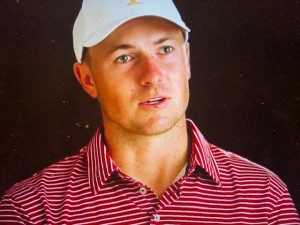 Jordan Speith scored 5 of the US points going undefeated for the competition.  His 4 and 3 victory on Sunday was the first time he had a won a singles match in either Ryder or President’s Cup competition.  Rookie Max Homa came from 3 down in his match against Tom Kim for an improbable victory.  Homa’s victory capped off a remarkable season where he conquered feelings of self doubt and broke through as one of the best players on the PGA Tour. One of the best matches on Sunday was between SW Kim and Justin Thomas as Kim simply refused to give up and managed to eke out a 1UP victory over Thomas holing a 10 foot putt on 18, which Thomas could not match.  Sebastian Munoz played one of the best rounds in his career and bested world No.1 Scottie Sheffler.  Sheffler would score no points in the competition.

The President’s Cup needs something and it’s hard to figure out what that might be.  It can possibly stand pat as a good set of matches between professionals but the Internationals aren’t really a team in the pure sense of team.  The USA has been completely dominant in the series and it almost has the feeling evoked by the Harlem Globetrotters beating the Washington Generals.  It’s just not right to criticize the play of the Internationals as they are very good players.  The President’s Cup format just doesn’t lend itself to competitive balance.  What I would do is open up the field to 32 players-16/side and just play singles matches.  Additional players would dilute the talent of the Americans and I guarantee that there would a ton of upsets.  The preliminary rounds could be worth 1 point for a win, 1/2 point for a tie and 2 points for a final round victory.  The PGA could also think about opening up the competition to the USA against the World with European players competing.  The Ryder Cup would continue in its present format but the President’s Cup might be a bit more exciting and competitive with this type of format.