The Tour Championship Exposes the State of the Game 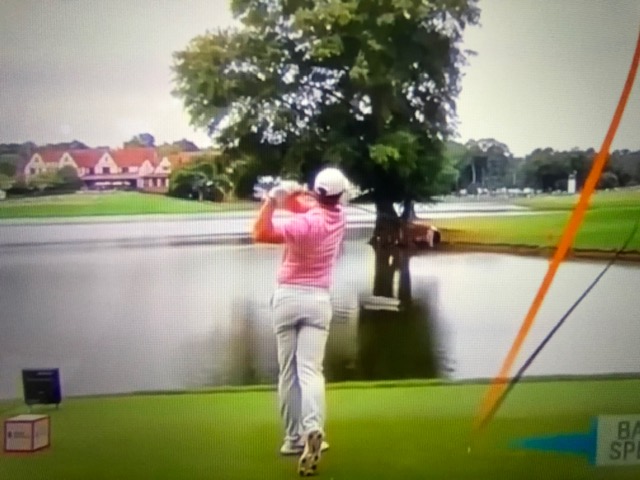 Current State of the PGATour

After watching the professionals tear venerable Medinah No. 3 apart last weekend in the BMW championship, I wonder about the direction that the professional game is headed.  It seems as if there is an analogy to what is happening in Major League Baseball.  In 2019, baseballs are leaving the park at an astronomical rate due to the baseball.  On the PGA Tour, top courses such as Medinah No. 3 are yielding low scores and presenting little challenge to the players–it’s all about making birdies.  It’s true that there was a lot of rain at Medinah last week and these guys have the ability to pepper the pins if they know there’s very little risk.  I was blown away by the 248 yard, par 3 where the professionals are hitting 4 irons to the green!  I’m personally happy with a 248 yard drive.  I have to wonder where all of this is heading as the professionals drive the ball 310-350 yards reducing the holes to driver/wedge.  The major culprit in all of this is the modern golf ball and the modern equipment but a debate rages as to all the causes.  Great golf courses are being rendered obsolete by the ball and modern equipment.  The following quotes are referenced from the August edition of Golf Monthly.  Tony Jacklin, 2 time major winner including a US Open stated, “It’s boring watching golf these days, it’s just not interesting anymore.  The game has all become about smashing the ball as far as you can and putting….There is no finesse to the game anymore.”  I find this similar to the way baseball has become where nobody bunts anymore or steals a base.  Despite the shift, where the defense is stacked to the right side of the infield with the shortstop playing second base and the second basemen in short right field, left hand batters refuse to hit the ball to the opposite field for a certain base hit.  Pete Rose would have batted .500 in this environment.  Jacklin’s comments might be viewed as sour grapes since he played in an era of persimmon woods, standard steel shafts and a balata golf ball.  The 300 yard drive did not exist in that area as drives topped out at 275 yards with the average professional a bit over 250 yards.  Today, a touring professional that averages 250 yards does not exist.  College players are hitting it as far as the professionals so the game continues to reward distance and putting prowess.  Jacklin states that “the ball is the biggest culprit-they’re (professionals) hitting 9 irons now when top players were hitting 5 irons 50 years ago.  The 248 yard, par 3, 4 iron is a prime example–all the professionals hit that green with that club so how far can you go with a par 3?   Touring professional and accomplished player, Adam Scott, understands the current situation and states that golf courses should be “smarter not longer”, “driving is too easy with distance rewarded over accuracy-professionals would struggle if they had to shape tee shots as opposed to hitting it as far as possible.  Various pillars of the golfing community such as Gary Player are looking for the Tour to get the ball back to at least 50 yards.  It is costly and uneconomic for golf courses to continue to expand their tee boxes…we have venues of 7,500 yards and doesn’t make any difference to the professional who is hitting a 9 iron-150 yards.  Great golf courses can’t continue to be rendered “easy” and they really need to be toughened enough to make a difference.  It would be great for some organization to step up and do something about the situation–perhaps Augusta National could specify the type of ball to be used in the Masters as a way to try to blaze a trail and force change.  The debate will rage on for the modern game as to whether the golfing public wants to see 20 under par at venerable places like Medinah No. 3 or whether par should be the standard of performance.  Today, it seems that even par for 36 holes is equivalent to a missed cut.  Personally I miss par, the bunt and the stolen base.

The Tour Championship presented a new format whereby players were ranked from 1-30 based on their performance in the Fed Ex qualifying tournaments.  The leader, Justin Thomas, went into the event with a two shot lead over No. 2 player Brooks Koepka and a 10 shot lead over the 30th ranked player.  Bizarro!  I can’t believe a professional would enter a tournament with a $15M first prize with a two shot lead and anywhere from 2-10 shots on the rest of the field.  Fortunately, this strange situation did not impact the tournament results from the top 2 players.  Rory McIlroy won the event with a score of 18 under par-he started the tournament at 5 under par from the rankings and therefore he shot 13 under par and would have won the event irrespective of the “head start” over second place winner Xander Schauffle.  Schauffle would have placed second irrespective of his start at 4 under par by shooting 10 under par for the event.  Other slots and money were definitely impacted as Justin Thomas only shot 3 under for the event but his “ante” of 10 under par gave him a tournament total of 13 under and a $2 million payday.  He would have not have that finish without the “ante” as players such as Koepka, Paul Casey and Adam Scott had better tournament performances.

Thankfully, McIlroy won the tournament on his own.  You could have imagined the flack if someone had won the tournament due to head start.  No other event offers the participant a head start on the field and I hope this format finds the trash heap.  McIlroy beat Koepka through consistent play and some very good putting.  Koepka had thumped earlier in Memphis and McIlroy was motivated to return the favor.  McIlroy was also smarting from his first round at the Open Championship at Portrush, which caused him to miss the cut on a course where he holds the course record in front of a home crowd. 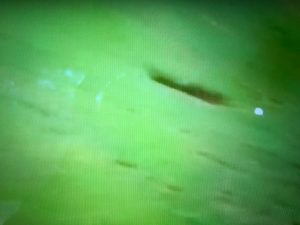 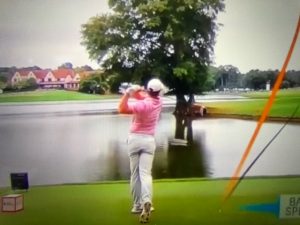 The final round seemed to turn on the 7th hole where Koepka missed his tee shot left into the trees and made double bogey.  McIlroy’s three wood off the tee was 295 yards down the middle, with a sand iron close to the hole, he drained a birdie for a three shot swing.  McIlroy had a stroke of luck when his approach shot on 12 found the green but rolled off the green and headed for the lake but…the shot rolled through the sprinkler head to put the brakes on the shot and stop short of the lake.  It was the statement that made this McIlroy’s tournament.