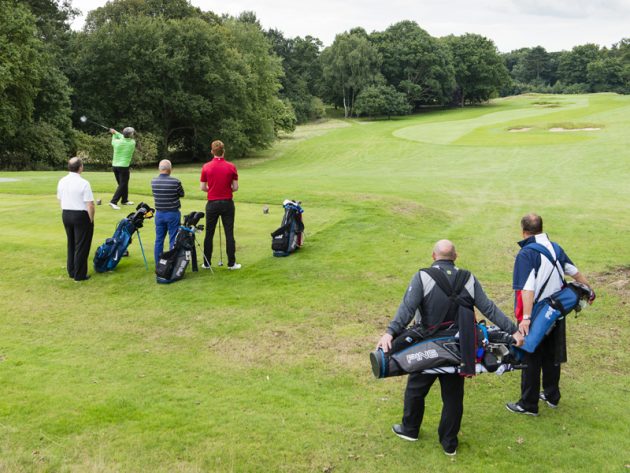 The issue of slowplay in golf is getting some additional publicity due to comments expressed by Brooks Koepka and Rory McIlroy as two of the best players in the game.  Slowplay is a disease for the game and the professionals set the standard of behavior for the entire sport.  The governing bodies of golf recognize that slowplay is a problem but are reluctant to do anything about it.  There are various slowplay rules for the professional but players have almost never been penalized for violating these rules.  Many people eschew watching golf on television as the professional paces around the contours of the green spending a minute or maybe two prancing, squinting, plum bobbing their putting routine.  It’s enough to put the producer to sleep and often times it probably does.  These guys are playing for their livelihood so perhaps it’s understandable to a degree.  The real problem is that this behavior is copied by the rest of the playing populations where those activities yield little to no value.  Rounds at public golf courses are routinely six hour affairs.  Slowplay may not be completely responsible for some of this but it is certainly a major factor.

Darren Clarke, European Tour Professional and Major Champion winner, has it right when he states that “slowplay could be solved in a week.”  How could this problem be solved so quickly?  Clarke merely states that the Tour should start enforcing the rules and start penalizing the players a stroke for every violation.  It’s a radical idea given the current application of the rules but players absolutely abhor stroke penalties as this could cost a player a significant amount of money or even a top finishing position.  It’s still a good idea if you want to break this habit.  Certain players will have to change their approach and there will be some significant judgment rules needed for shots that have to be played out of a jungle, behind a tree or jumping into a pond to hit certain shots.  Slowplay is not caused by these situations but mostly caused by deliberate play in the fairway and the putting parade.  I believe the publicity surrounding these moves would be positive for the game.  Hopefully the publicity of these rules would descend into the ranks of amateur championships and eventually to the daily fee player.  This idea is probably a bit pollyannaish as it would probably take years for these rules to drill down into the club championship and other amateur tournaments.  The new 3 minute lost ball rule is a helpful rule if daily fee players adhere to it.  Unfortunately, I don’t think the old 5 minute rule was adhered to so slowplay will continue to be plagued by the lost ball phenomenon.  How many times have you been behind a group that is trying to fish their ball out of a water hazard with a 20 foot retriever while your group is on the tee?

The game of golf needs a jolt and dealing with slowplay should be an absolute priority by the governance bodies that are the stewards of the game.  It doesn’t seem like this will happen any time soon but credit some of the best players in the game to bringing the issue to the forefront.