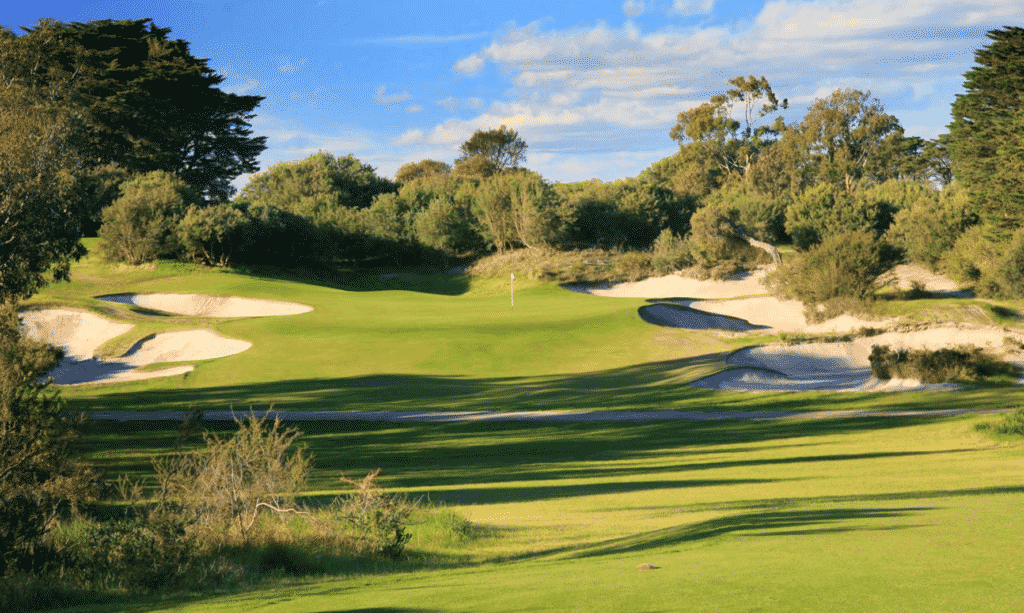 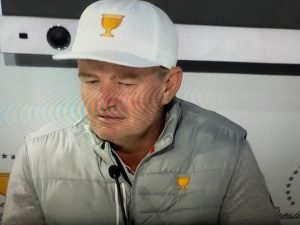 Well the President’s Cup is a few days away and there seems to be some potential hype to elicit some interest for the event..    Perhaps the US President should get down there for a ceremonial tee shot and add some spice to the proceedings.  This could be yet another factor to thwart n the potential for the Internationals to upset the American side.  After all:

–The Patrick Reed sand controversy has everybody all revved up as the Americans have a “cheater” on their side.  Reed should have just sucked up the criticism, absorbed his two shot penalty which cost him the Hero Challenge tournament  and just admit the mistake instead of trying to defend himself.  This is completely blown out of proportion in my view but as Reed is such a controversial tour player, the event has become magnified.  He will be under the microscope in these matches and draw some unneeded pressure from the media.

–How well will Tiger Woods play?  He is putting pressure on himself by being the Captain as well as a participant.  He bypassed Rickie Fowler with himself but then replaced the injured Brooks Koepka with Rickie  who hasn’t played very much since the Tour Championship in Atlanta.  A better choice might have been Brendon Todd who is smoking hot at the moment.   This may be Tiger’s last professional event on Australian soil with his schedule and need to prepare generally for tournament play in the US including the Majors.  The International team is trying to drum up some local support with 3 Australians on the team but this is not the Ryder Cup.  There is simply too much diversity on the Internationals squad to generate the unique camaraderie that the Europeans have.  The only home advantage is not having travel 10-12 hours to get to Australia and to have a very capable captain in Ernie Els.  Adam Scott doesn’t want the Aussies to root for the US or Tiger but it just doesn’t seem that this will happen in this event.

This event is so boring that the best takeaway is watching some of  the best players in the world at match play.  Irrespective of jet lag, Patrick Reed and some journalistic golf media hype, this event lacks any significant luster.  It has little to no interest for the general golfing TV audience in the United States. Patrick Reed is bristling at the criticism and some comments from the International side    In the US, we’ll be rooting for the San Francisco 49’ers to win and march into the Playoffs and America will be focussed on whether the Dallas Cowboys can actually win a football game.  Although I picked the Internationals to win this event, I believe the Reed affair may stir some passion in the US team especially to support Tiger’s captaincy. 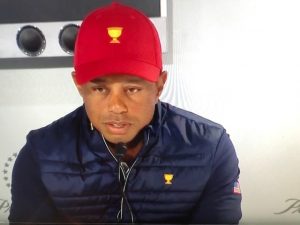