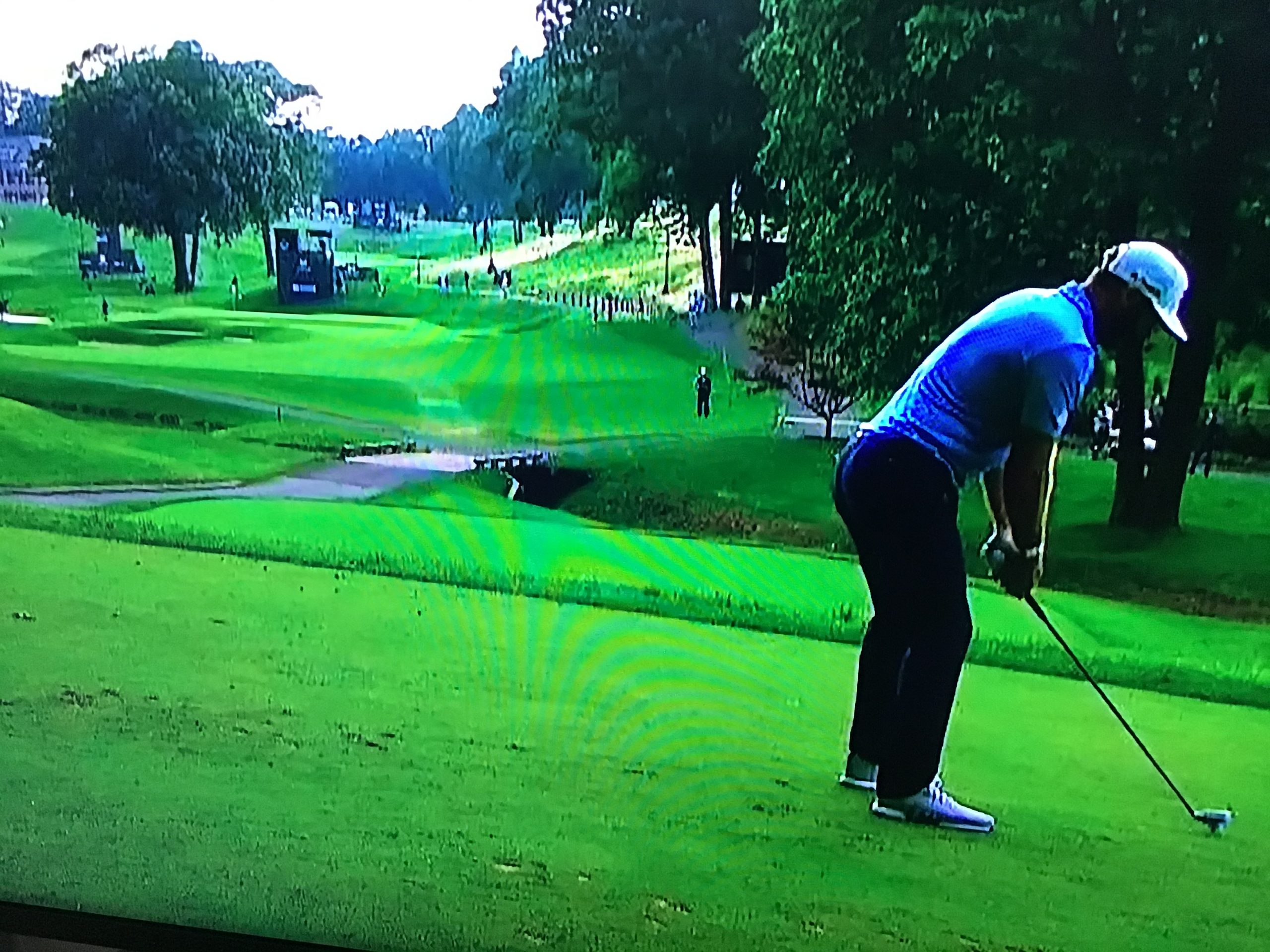 The Travelers at TPC River Highlands 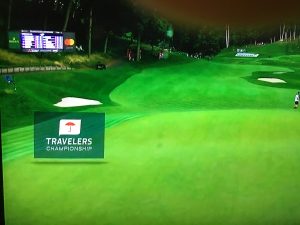 The Travelers at TPC Highlands in Cromwell, Connecticut  is usually just another tour stop on the PGA Tour with many of the “big name” players skipping the event.  During the pandemic, our quest for live sport has given this tournament some prominence that it has not previously experienced.  This is a very good thing as I personally have enjoyed playing the course multiple times.   The professionals are absolutely bringing it to its knees this week with a wild birdie fest.  The course is actually a great test at 6,841 yards (short by tour standards) but these guys are so good that when conditions are right, these professionals will rev up the birdie machine.  Conditions couldn’t be better for scoring as warm humid weather (but not excruciating heat) coupled with bouts of rain softened the greens and allowed the field to absolutely go for all the pins.  Dustin Johnson finally warmed up that putter and played well but staggered into the final round to overtake Kevin Streelman.  When Johnson is driving well and putting, he is almost impossible to beat.  It was pretty obvious that this day was going to belong to him.  He hit a humongus drive on the 9th hole and then twirled in a putt from 20 ft. that would be a 9.5 on the degree of difficulty scale.  On the 11th hole, he missed the green hole high on the right of the hole, pulled the putter and holed the putt for birdie.  He took the lead there but a few miscues on the way in made it interesting.  His tee   shot was 351 yards in the middle of the fairway on the difficult 18th hole sealed the deal and he declared victory for the first time in 18 months.   It was a very entertaining event with a number of great golf shots made throughout the field.

TPC River Highlands is a bit special for me.  I’m a Connecticut native and this course is among the finest in the state because it is well designed and gives you a lot of different looks and challenges.  My brother and I won an event with victories in different flights there many years ago so it holds a special place in our limited trophy case.  As in “Through the Green”, I’m going to detail the finishing holes of TPC, which are carved around a man made lake where water comes into play from the 15th through the 17th holes.  The holes are a great combination of risk/reward especially for the amateur player. 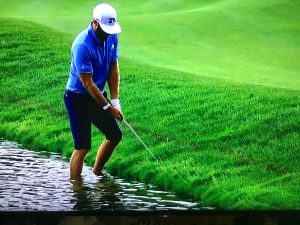 Wading on the 15th hole after the tee shot

The 15th is only 312 yards and can be driven by most of the professional field.  The driving area is narrow and any miss to the left may end up in the lake, which traverses the entire hole.  Dustin Johnson was trying to cruise to victory in the final round,  but tension was obvious in the closing hole despite no crowds to add to the tension.  Johnson cranked up a hybrid club for the drive to the  15th hole and the ball scooted left and miraculously the ball stopped a foot or less short of plopping into the lake.  On virtually any other Sunday, that ball would have been wet, but the 1/2″ of rainfall on Saturday plus humidity enabled the grass off the green to grow enough to stop that ball from going into the lake.   Johnson had to literally “jump in the lake” to hit an approach shot, which landed indifferently on the side of the hill up at the green.  Johnson showed tremendous grit and hit a flop shot to four feet where he made the putt for a par.   Amateurs that play this hole have to find the fairway to have an easy pitching wedge or less to the green.  A fairway miss will produce a very awkward shot with any number of potential bad outcomes.  The 16th hole is a par 3 of 180 yards that must completely carry the lake.  This is not a difficult hole for the professional but the green is very large horizontally and the Sunday pin placement makes it a challenging birdie opportunity especially when you tack on the tournament pressure.  The 17th hole is very cool hole.  It is a complete 90 degree dogleg to the right with the lake in play on the drive and the second shot must carry the lake to another large horizontal green.  The tee shot from the professional tee seems pretty daunting since the fairway is narrow with horrible lies and a bunker on the left so putting the ball in the fairway is a necessity.  The approach shot over the water is not difficult for the professional but the need to make a birdie increases the pressure in a tournament setting.  The amateur has a wider fairway and a more reasonable look but you still have to find the fairway since the second shot is likely to be 170 yards (probably 140-150 for the low handicapper).  The 18th hole is a long straightaway par 4 of 460 yards with a menacing tree about 100 yards on the left.  The hole is sculpted nicely by a hill on the right that is usually occupied by thousands of spectators but not this year.  The green is protected by a series of bunkers that have to be avoided.  Jordan Speith holed a bunker shot from the right bunker to win the 2017 tournament.  This is a tough hole for the amateur requiring an accurate tee shot to have any chance of making par.

TPC River Highlands is a wonderful tract of land and gives the player the widest variety of holes and looks that you will see on the PGA Tour.

The club opened a week ago for membership play only.  President and Head Professional Shivas Irons has not returned from vacation.  The Board had a special meeting at the end of the week and has dispatched a series of special drones to locate the whereabouts of Mr. Irons.  Shivas has a history of disappearing into thin air so the directors were very concerned…several opinions were given regarding where he might be.

–Although he lacks the qualifications, he was overheard as trying to head for the Haj in Mecca

–He was toying with the idea of writing and producing advertising for Donald Trump’s campaign or was it Joe Biden’s campaign-no one really knows.

–He was heading to Texas to visit the grave of Harvey Pennick, the great golf professional and teacher and author of the “Little Red Book.”  He was unable to cross the state line into   South Padre Island as he would have to be quarantined in the state for the next 14 days.

–He was looking to interview Joe Buck (see below) for potential employment at Corona.

The Board is trying to figure out a tournament schedule for the remainder of 2020 and is beginning to worry about the whereabouts of Mr. Irons.

In this blog, we are moving from the reality of the Travelers Championship to the mythical kingdom of the Corona Country Club and now back somewhere in between?  I heard a rumor that Fox was giving up its golf coverage of USGA events.  It turns out that this rumor is actually true and NBC has regained the rights to USGA events.  This is the most positive result of the pandemic to date as we will no longer have to listen to Joe Buck supplemented by the worst infrastructure ever for golf television programming.  Yowza!!!