Rory McIlroy Ascends to No. 1 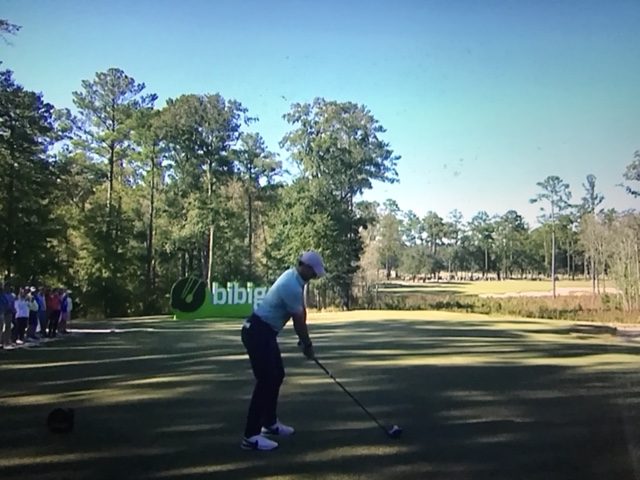 Rory McIlroy is on a tear.  He has a remarkable year after so-so years in 2020 and 2021 when many golf pundits had questioned whether his career was beginning to crest.  There is no doubt that McIlroy is a very talented player but I believe that particularly in 2020 and 2021, he would lose focus and become disinterested if things became challenging in tournament conditions.  There would be a lot of short putts missed or clutched chips and even a bunch of errant irons.  These characteristics would cause McIlroy to fade away down the stretch and perhaps produce a top 10 but could not get to the top of the leaderboard.  At the highest levels of professional golf, there is no margin for the unforced error as tournament champions usually win an event as opposed to benefitting from a competitive unforced error.

2022 is proving to be a watershed year for McIlroy.  He finished second to the streaking Scottie Scheffler at the Masters.  In 2022, he is now one of the longest drivers on the PGA Tour and his accuracy and length off the tee started to set the stage for a remarkable 2022 to become the No. 1 player in the game.  It seemed that McIlroy started to leverage his driving accuracy to boost all the other parts of his game.  The errant chip shots and gaffes on short putts started to diminish because it seemed that McIlroy doubled down on focus for making birdies.  He came into the Open Championship at St. Andrews playing well and became the favorite to win and the big favorite of the huge assembled crowd at the Kingdom of Golf.  McIlroy played extremely well and ended up third in the event while leading for most of the way.  McIlroy couldn’t overcome the scalding hot putter wielded by Cameron Smith, who played “lights out” in the final round to best McIlroy.  I was at the 17th hole on Sunday, when McIlroy’s birdie putt just refused to drop and he then needed an eagle on 18 to tie Smith.  McIlroy didn’t lose the Open, Cameron Smith won it so McIlroy left St. Andrews on fire and the wins started to come.  The very next tournament, the Canadian Open, McIlroy blitzed to victory.  He followed this up by winning the Fed Ex Cup with another series of rounds of continuous monstrous drives and precision iron shots that overcame Scheffler and the rest of the field.  His victory at last week’s CJ Cup in South Carolina was sparkling as he edged good competition from former No. 1 in the world-Jon Rahm.

McIlroy is fully positioned to achieve Tiger Woods status as the premier player in today’s game.  His popularity with golf fans has never been higher and he seems to be clearly enjoying himself while working pretty hard on this game.  I also believe that McIlroy is being driven to play well and dominate as a response to the LIV Tour.  The vitriol between the PGA Tour and LIV is pretty high and McIlroy is right in the middle of it, which seems to me to be motivating McIlroy on the golf course.  The war of words is flying high with both sides firing howitzers at the other.  McIlroy is emerging as a thoughtful leader of the PGA Tour and this story will end in due course but it’s pretty uncertain at this time with polarizing figures on both sides of the argument.  McIlroy is also concerned about the Ryder Cup and he should be.  The European squad was a pretty cohesive bunch of guys with a winning tradition.  Players such as Sergio Garcia and Ian Poulter have left the European Tour for LIV, causing complete rancor by the players, which will has to upset the chemistry of that team. Team Europe has always had an advantage over the United States as a squad of close-knit team players.    The recently concluded President’s Cup was hardly competitive as players such as Cam Smith could not compete for the International Squad.  The PGA Tour/LIV mess will certainly interfere with the competitive nature of the Ryder Cup since there are players that will be missing on both sides that are experienced and are among the best players in the world.

All of these things will work themselves out.  What we do know is that Rory McIlroy is now World No. 1 and looks like he’ll be able to maintain this position for quite some time.