Twas the Night Before Golf Christmas 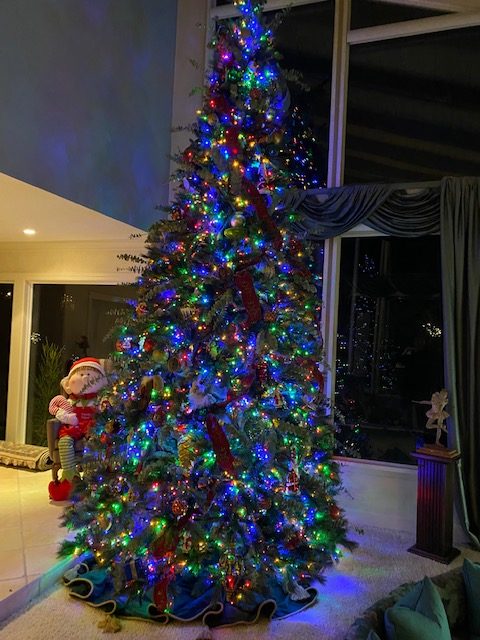 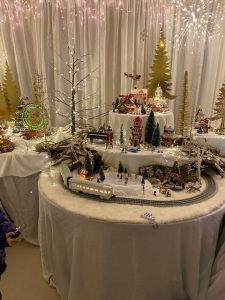 Twas the night before Christmas, when all through the house–Not a creature was stirring, not even a PGA professional grouch..

The stockings were hung by the chimney with care–In hopes that Shivas Irons would fill them with brand new Titleist Pro VI’s with flare.

The children were nestled all snug in their beds, While visions of visits to Top Golf danced in their heads,

And mamma in her visor, and I in my Bandon Dunes cap, had just settled down for a long winter’s nap.

When out on the lawn there arose such a clatter,  I sprang from my bed clutching my five iron to see what might be the matter.   Away to the window, I flew like a flash, Closed my smart phone Golfing with Hank Haney app with panache.

The moon on the breast of the new fallen snow;  reminded me of the 8 iron, I stiffed to 2 feet at Pasatiempo’s iconic 16th hole. When what to my wondering eyes should appear but a sleigh driven by Shivas Irons and 8 caddies lugging Ping golf bags without any fear.

With Shivas wielding his driver, so lively and quick; I knew by the hip turn it couldn’t be St. Nick.  The caddies were spritely and tame.    Shivas whistled and called them by name.

Now Bugsy, Now Charlie, Now Sammy, Now Tom! On Connor! On Ernie! On Bummer and Saul!  To the top of the bunkers, rakes and all, make sure the traps are good for the golfers.  Now get ready to fly and provide golf equipment for all.

As the wind blows before the gales begin, When they meet with an obstacle, mount to   get that bag in.  Up to the chimneys the caddies flew with the cart full of drivers, hybrids, putters and irons as well as the head honcho Shivas Irons in blue.

And then in a twinkling, I heard on the roof.  The prancing and pawing of each little hoof.  As I contemplated my next round at Cypress Point; down the chimney came Shivas Irons in a huff.  (“Ay, m, not getting ani unger”) to case out the joint.

He was dressed in plus fours, with a bowler hat in his gray flowing beard.  His clothes were all tattered as if they had been smeared.

A bundle of golf clubs were flung on his back; he looked like Greg Norman on the attack.

His eyes–brightened by flashbacks of thunderous tee shots twinkled with glee, his dimples quite passionate.  His cheeks were rosy and bright, his nose was a bit of an oversight.   His mouth was taut and doughty; his beard coiffed and neat as a hot toddy.

He had the stump of a pipe which resembled Old Tom Morris, which he held tight in his jaw.  Smoke from the pipe circled in the night of raw.  He had the physique of a mature Tiger Woods and the confidence that would always survive a bad shot in the woods.

He was svelte and ready for the 18 holes at Burningbush Country Club with the stern look of a professional.  I was in awe as I saw him as if he was teeing off at Congressional.  A wink of his eye and a twist of his head; gave me the feeling that perhaps I had great golf rounds ahead.

He said nothing as he went into the bag. He filled all the stockings with Vice golf balls,  sunscreen and a Pebble Beach flag–a smile came across his face, he believed he would be adding value to this place.

Completing his work, he sprang to his cart,   He motioned to the guys that it was time to hustle and look smart.  And away they all left like the whoosh of a Bryson DeChambeau drive and I heard him exclaim, as the caravan went live…

Merry Christmas to All and to All a Good Night!